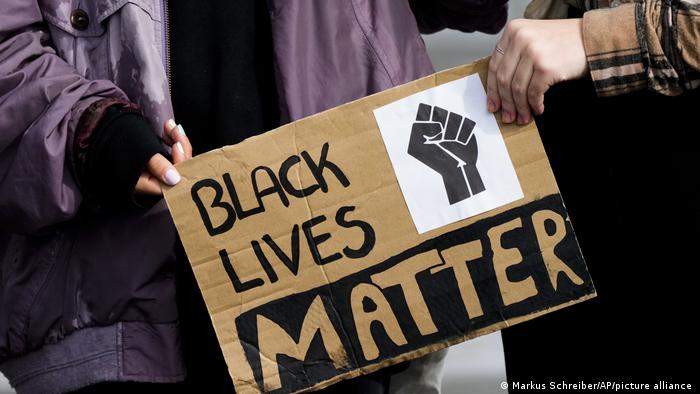 In a murder trial, no sentence — no matter how severe — can truly represent justice. We could speak of justice if white police officers stopped killing Black people, or if the United States finally, and radically, addressed its problem of structural racism. Justice would be served if a Black or Latino child had the same opportunities as a white child on the day of his or her birth.

But the sentence in a murder trial can, at least, be appropriate. Is that the case for Derek Chauvin, the former police officer who has now been sentenced to 22 1/2 years for the murder of George Floyd? Especially in light of the fact that, based on the law in the state of Minnesota, he will probably just spend 15 of those years actually behind bars?

The judge could have sentenced Chauvin to 30 years in prison. It's understandable that many are angry that this maximum punishment was not applied — especially Floyd's family.

But this sentence still represents a historic step. Chauvin's punishment exceeds the state's minimum guidelines and is the longest prison sentence given to a white police officer for the murder of a Black person in US history.

At last, the impenetrable barrier that has maintained the sometimes deeply racist structures within US police forces for centuries has been fractured.

The court's decision won't bring George Floyd back to life. But it shows how much power can come from the street, and how important it is for people to fight together for a fairer world. Finally, a murderer wearing a police uniform was labeled as such and sentenced for his crime.

This was due in part to the millions of people across the country chanting "Black Lives Matter!" who stood in solidarity with the man who was pinned to the ground by Chauvin's knee for nine minutes and 29 seconds — and died because he couldn't breathe.

Never before has such a broad cross section of the US public clearly stood up for the rights of the victim. That's the good news. But it shouldn't obscure the fact that the verdict against Chauvin, while an important step, is no guarantee that the US will finally find a way out of its racist spiral of violence and abuse of power.

It's rare for a murder to be captured in such striking video footage, as this one was by a bystander. Chauvin's case, which repeatedly ran the risk of becoming a show trial, attracted so much attention in part because the footage of Floyd's neck being pressed was shown over and over. That horrible video guaranteed attention — and airtime on the major TV networks.

But it will be those verdicts in less sensational murder cases that will now show whether a change in thinking is really taking place in the US, which owes its early economic success to the exploitation of slave labor — and which continues to hinder the descendants of these slaves to this day.

The fair dispensation of justice is important. But it's equally important that US lawmakers finally push for a nationwide effort to reform policing, one that's worthy of the name. Police officers in this country urgently need better training, especially because they must constantly expect that anyone they encounter could be armed. And they should not be the first point of contact for people with mental illnesses, who can be better helped by properly trained professionals.

A white police officer will be serving a minimum of 15 years in prison for the on-duty murder of a Black man. Our thoughts should be with all the many families who have lost loved ones due to the abuse of power by the police. We know that history cannot be changed and made more just. But we can change the future.

German police under pressure for allegations of excessive force

New videos clips of police operations in German cities have been circulating on social media in recent days, drawing comparisons to the actions of officers in the US. They've sparked a debate about police violence.

Indonesia: Dozens killed in clashes after football match 38m ago

Florida, Carolinas count the cost of Hurricane Ian 5h ago