Opinion: Congratulations, Tunisia! | World| Breaking news and perspectives from around the globe | DW | 24.11.2014

Sunday's Presidential elections were yet another step on Tunisia's path to a democratic future. All the same, Tunisians need patience, says German ARD correspondent Stefan Ehlert. 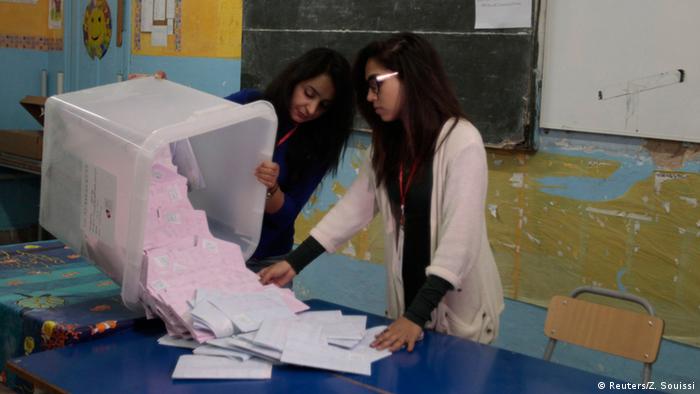 Congratulations Tunisia! No matter who is officially announced as the winner in a few days' time, the second peaceful vote in four weeks has shown that this country is headed in the right direction - and it looks like it's the only one in the Arab region. Libya is falling apart in a clan war, Syria is embroiled in a civil war, Egypt has reverted to a military dictatorship and Yemen is sinking into chaos. Only one small nation in North Africa got its act together, and that's Tunisia.

The appalling example of its Arab neighbors may have helped: almost everyone in Tunis has recognized the value of compromise for a democracy, even Tunisia's moderate Ennahda Islamists. They realized, though late, that they can't push through their idea of an Islamic state with a supreme religious authority in Tunisia any time soon.

Tunisians have had to muster incredible patience in the past four dramatic years. An entire country suffered an agonizingly long wait, during which very little or nothing was decided at any level at all. People have been shocked by the murder of two leftist politicians and numerous casualties due to terrorist attacks. Tourism never got off the ground, economic growth slumped, garbage collection collapsed. Prices have risen, and so has unemployment, in particular among young people. Many turned their backs on politics and the state as a result. Thousands travelled to Syria and Iraq to enlist as Islamist fighters, and every year, thousands attempt to flee to Europe. The dividend of the revolution - many people had expected quite something else. 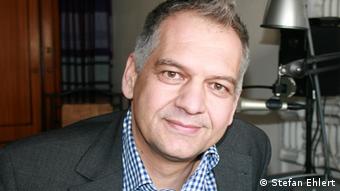 Stefan Ehlert is a correspondent for Germany's public ARD broadcaster

All the same, the situation calls for recognition! Tunisia can look back on a year of progress. In January, the country got what must be the most progressive constitution in the Arab world: secularized, reasonably parliamentarian and with a focus on women's equal rights. Parliamentary elections in October were free and peaceful, which is an exception in Africa and not a given in many other countries, either.

Yet over the past weeks, the election campaign for the state's top job has once again shown the split within Tunisia's political class and how little the protagonists can agree on common ideas and programs. How else can one explain the emergence of 27 candidates? It's no wonder that Tunisians are tired of politics. Only about 5.3 million of eight million Tunisians eligible to vote actually registered. The party that manages to garner more than half of those votes is still only backed by about one third of the voting population.

The state, however, must be there for everyone - otherwise it is at threat of failing. Just look at the rest of the Arab world. In the eyes of the people, a state enjoys authority only as long as it can actually offer the promised services, the necessary safety, constitutional legality, infrastructure and the social framework of a modern-day state. It remains to be seen whether the Tunisian model proves successful in practice, whether parliament will in fact pass necessary legislation and whether the government will run the country in an effective manner.

Tunisia now faces the difficult phase of forming a government. Neither side has a majority in parliament; compromise and the willingness to talk are called for once again. The Tunisian people's much vaunted patience continues to be tested. Much has been achieved but even now, we should not expect too much.

Tunisia's incumbent President Moncef Marzouki is set to face secular former premier Beji Caid Essebsi in a run-off vote for the presidency. Neither man could manage an outright majority in the first round. (24.11.2014)

Tunisians are voting for their first directly-elected president in a landmark poll, widely seen as a key step in the transition to democracy. Dictator Ben Ali was ousted in a popular uprising nearly four years ago. (23.11.2014)

Facing the challenge of dealing with Tunisia's past

Ibtihel Abdellatif has been dealing with the injustices of Tunisia's dictatorial past for years - first for her NGO, and now in the government's Truth and Dignity Commission. But internal squabbles are impeding her work. (11.11.2014)