Opinion: Clueless approach to Russia | World| Breaking news and perspectives from around the globe | DW | 10.02.2015

Chancellor Merkel and President Obama don't agree on a crucial point when it comes to the ongoing Ukraine conflict, but continue to emphasize their unity, observes DW's Gero Schliess. 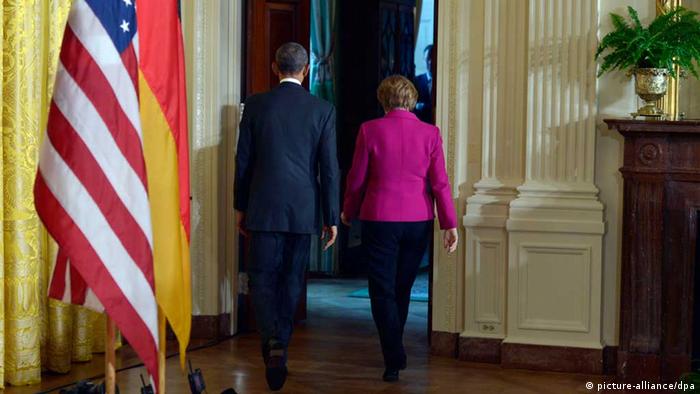 Despite their disagreement on possible arms supplies to Ukraine, Chancellor Angela Merkel and US President Barack Obama displayed unity at their joint press conference and insisted that the ranks facing Russian President Vladimir Putin remained closed.

Merkel, a physicist, who puts so much emphasis on intellectual precision, must have known that they couldn't have it all. But Merkel, the politician, probably has no other choice than to present a united front, in case Obama decides in the end to deliver desperately needed weapons to the struggling Ukrainian army.

Obama and Merkel, however, shouldn't be trying to fool anybody. Russian President Vladimir Putin has long ago noticed the small crack in the Western alliance, and he knows how to use it to his advantage. Putin will try to push the US and Europe further and further apart, bit by bit.

An agreement between the US and Europe is now more important than ever. Not only in the conflict with Russia, but also in the fight against the so-called "Islamic State," in nuclear talks with Iran, the Middle East conflict and in Afghanistan. Since World War II, the world has rarely seen so many highly volatile conflicts. And everywhere, Americans and Europeans are depending on each other. Consensus and functional crisis management is almost essential for survival.

All up to Merkel 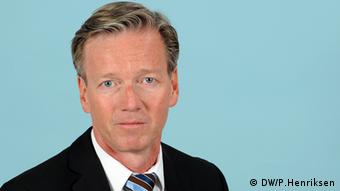 But Obama's critics at home aren't much interested in this state of affairs. Led by the old warhorse Senator John McCain, they have once again painted a picture of a hesitant, weak president, who with his response to Syria and Iraq is now encouraging America's enemies to even bolder actions. And these critics have not shied away from rudely jostling Merkel, a foreign head of government - this despite their acceptance that Europeans and Americans have a different approach toward Russia.

But it doesn't need to come to that. In the US, Merkel is seen as the one person that held Europe together in the conflict with Russia. She has led Germany back to the political world stage. It's up to her. The American president finally has that long-awaited phone number - already sought after by Henry Kissinger - which he can call if he wants to talk to Europe's key decision maker: the German chancellor. In the long run, this may even impress even Merkel's critics across the Atlantic.

Is there a Plan B?

But despite her political clout: The chancellor is especially vulnerable in this current phase of the Ukraine conflict. She has put herself in the spotlight by launching this latest diplomatic initiative, and that in itself is a risk. Obama understood that and postponed his decision on whether or not to deliver weapons to Ukraine until after the Minsk summit.

If that summit fails, answering that issue will gain momentum. There are good reasons to send a joint message to Putin. Were the West to do no more than a little upping of sanctions, he would be sure to see this as weakness. And in view of the developing humanitarian crisis in Ukraine there is a moral obligation to act fast.

But whether to hold back or to act with force: This is the basic question for developing a strategy in dealing with Russia now. How to deal with Putin? How to deal with a country that is re-interpreting the post-World War Two order, that is gripped by a fierce new nationalism and refusing to modernize? Even Angela Merkel, who understands Russia well, has recently admitted that she has no answer here. And so the question whether or not to deliver arms to Ukraine does no more than highlight complete helplessness: To deliver arms amounts tot he admission that diplomacy and common sense have failed.