Opinion: Another win for Paul Kagame in Rwanda's sham democracy

It's no surprise that Rwandan President Paul Kagame won the election with 98 percent of the vote, since the outcome had been known long before electors went to the polls, writes Andrea Schmidt. 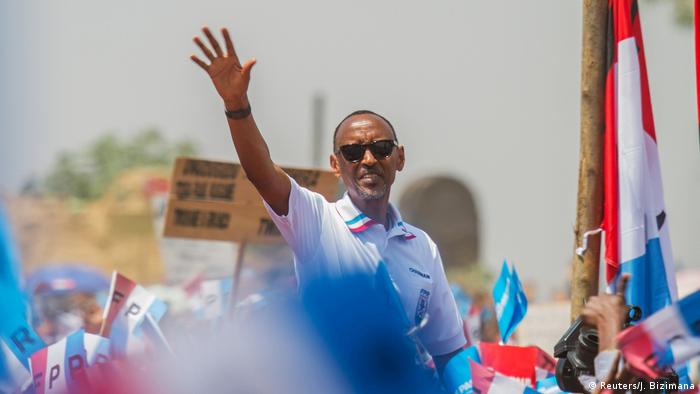 Even though the Rwandan constitution stipulates a multiparty system, voters yet again had no real choice between candidates in what only appeared to be a free and democratic election.

Only two other presidential candidates were allowed to run against the incumbent president, Paul Kagame: Frank Habineza of the Green Party and independent candidate Philipp Mpayimana.

But they couldn't be seen as forces to be reckoned with - not least because they weren't allowed to run on a level playing field.

All other candidates who had wanted to run for office had already been weeded out in the run-up to the election, brought down by bureaucratic obstacles.

Kagame, the strong man at the helm, has a firm grip on the country and doesn't tolerate opponents. Although he has some considerable accomplishments under his belt - such as steady economic growth, a good health care system, low rates of corruption and declining poverty rates - not everyone is set to profit from such growth, as is the case in many African countries.

The glitzy facades on the clean streets of Kigali let foreign politicians quickly forget that elsewhere in the country subsistence farmers are cultivating their small parcels of land with the simplest of means. They are also being told what crops they have to grow.

Restrictions on press freedom and freedom of speech are often ignored, and not enough pressure is applied to ease them. 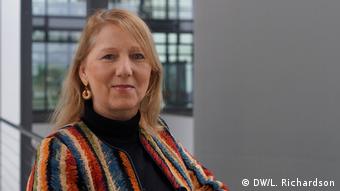 The RPF has been in power since the end of the genocide in 1994; Kagame has been president since 2000. Back then, many Rwandans returned from exile to help rebuild the country; now many would rather leave. Who wants to live in a country where an elaborate spying system crushes every bit of criticism?

In many autocratically ruled African countries, such as Burundi and Uganda, those in power change the constitution so they can stay in power for longer. They claim they are the only ones who can guarantee security and economic growth.

Kagame also held a referendum in 2015 to get rid of the constitutional limitation of two terms in office.

International voices often stress that Rwanda is one of the most stable countries in all of Africa. In other words, a stable autocracy is preferable to chaos. That might be true to a certain point, but it's an argument that can also be used to stifle all discussion - as if there were no other alternatives!

There can be no justification for the international community's almost complete refusal to voice any kind of criticism. There are serious deficits in Rwanda and they need to be addressed: it's a daily occurrence that Kagame's opponents are silenced. Politicians have had to flee into exile while others are locked up in prison on trumped-up charges. Some have disappeared without trace.

Kagame is now embarking on his third term in office. During his next seven years in power, one can only hope that the course can be set for a freer future in Rwanda, that a free civil society can develop, and that real democracy and freedom of speech will be permitted, so that, in the next elections in 2024, several serious contenders will be allowed to take part.

What other purpose do elections serve? They must not be abused as a cosmetic cover-up for a sham democracy.

Otherwise, the country, with its high percentage of young citizens - who want political participation and free speech - runs the risk of imploding. In order to prevent that, more pressure must be exerted on Kagame from outside.

Rwandan President Paul Kagame is poised to win his third term in office. A constitutional amendment allows him to stay in power until 2034. Some say he's a despot, others praise him for his accomplishments. (04.08.2017)

Partial results released by Rwanda's electoral commission put incumbent President Paul Kagame on track to secure some 98 percent of votes in Friday's election. The win would grant him a third term in office. (05.08.2017)

Rwandans are heading to the polls on Friday, but there won't be any surprises: President Paul Kagame is expected to win by a mile. Still, opposition candidate Frank Habineza has also been trying to mobilize support. (03.08.2017)