Germany's workers are getting unruly. Never before have so many labor disputes raged in parallel. The resilience of Germany's social partnership is undergoing a stress test, says Volker Wagener. 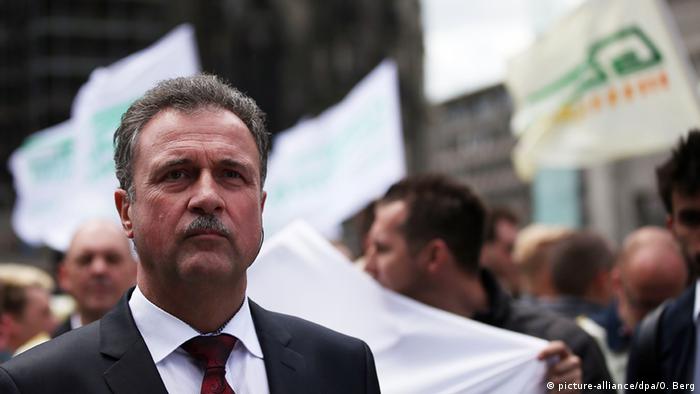 The trains won't run if Mr. Weselsky wants them stopped. And the head of the train drivers' union wants them stopped - for the ninth time in ten months. This time, the walkout is meant be even longer than the six days of the previous one, which occurred just a week ago. The intensity with which various systemically important service unions have been wrestling with their employers - and with public opinion - has taken on something of the tenor of a competitive sport.

Postmen, pilots, teachers, train drivers - they all have become covetous. The strikes are only partly about getting more money; they're also about recognition, defense of privileges and, in the case of the railway conflict, about claims to sole representation of groups of workers - that is to say, about competition between unions. Compared with earlier labor disputes, these elements are new.

Public opinion, the unofficial jury, is deeply divided over the rather un-German goings-on in the country. 350,000 worker-days have been lost to strikes to date in 2015. It's only mid-May, and that's more than twice as many as in the entirety of 2014 - which was itself a strike-heavy year. This in the country that prefers to be associated with the connotations of the phrase "made in Germany" rather than "Italian conditions".

It's not just about money

What is going on? It appears to be about being in the right, about facing down the enemy - not about mere percentage-points on pay packets. And this is the hour of the enforcer, the hard guy. Claus Weselsky, head of a train drivers' union, is one such. Those who must now cancel their train journeys on Pentecost because of him won't like him. But this powerful boss of a rather small union now enjoys a hero's status in some quarters of German society - despite the fact that Germany's number-one tabloid, the Bild newspaper, has taken upon itself the task of serving as the advocate of the ordinary rail traveler, and to whip up anger against this unusually strike-prone union leader.

Weselsky has brought a rarely practiced hardness to the train drivers' strike - an uncompromising hardness that appeals to quite a few of those who are on the losing side in today's world of ever more frenetic global competition.

The pilots, postman and kindergarten staff have, like the train drivers, rediscovered the fundamentals of the labor movement. They all of them no longer want to hear the eternal excuses, the same old rejectionary arguments of private-sector and government employers when it comes to employee demands for mild improvements in working conditions and pay packets.

The current German zest for strikes has its roots in the workplace experiences of the past several years. Pressure to get ever more work done in a shift, rounds of pay-packet austerity mis-sold as "reforms", layoffs after the so-called synergistic corrections justified by references to the allegedly tight financial situation of their employers - after years of this, German workers, disciplined and industrious though they may be, are finally developing some defiance.

A rebalancing is overdue

And rightly so. In precisely the years during which share profits and the net wealth of the top layer - the owners and corporate managers - have increased many times over, wage restraint has been demanded of employees. Yet the German worker is nonetheless expected to consume, to provide the main source of demand for the country's - and Europe's - huge productive capacity, to buy its goods and services... even as retirement benefits are set to shrink in the face of an ageing population. How is that supposed to work?

Something's very wrong here. It's time for a readjustment. 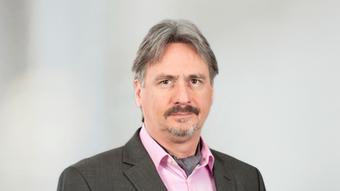 And by the way - why, in the face of another strike, are so few voices asking about the responsibility of the German state-owned railway company, Bahn AG, to their millions of their customers? Why is this series of recurring rail strikes being blamed wholly on the union?

And what about the striking kindergarten workers - are they to be scorned as selfish narcissists who are taking our children hostage, simply because they're rebelling against the long-standing principle that their employers - often state or municipal authorities - want them to take care of the most valuable assets we have, our children, as dirt-cheaply as possible?

The word "strike" still has a negative connotation amongst Germans - it's seen as something vaguely disreputable, something not done. Why is that, exactly? Does this make sense?

The long-established German practice of collective bargaining, the "social partnership", is in high repute in Europe, and its imitation tends to be broadly recommended by labor economists in many other countries. This social-partnership model is presently being stress-tested by industrial action in many industries in Germany.

Strikes as the expression and vehicle of stress-testing are a positive hallmark of the country's social partnership, not a sign of chaos. Germany will definitely not evolve into a country of chronic, ubiquitous strikes, like Great Britain was in the early years of the Thatcher era. A bit more industrial action than usual isn't the expression of a new class struggle - it's merely an expression of a legitimate level of discontent that has grown amongst those who have not been included as Germany's economic strength and prosperity have increased. There is quite simply some catching-up to be done.