Opinion: A society of total surveillance | World| Breaking news and perspectives from around the globe | DW | 22.08.2013

Led by the United States, the West is increasingly abandoning the basic right to privacy and threatens to become a transatlantic surveillance society. Only citizens can stop this development, writes DW's Michael Knigge. 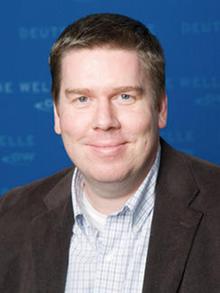 The National Security Agency in the United States operates like a giant vacuum cleaner, sucking up data around the globe, according to Edward Snowden. In Germany alone, more than half a billion communication connections are allegedly being monitored.

The volume of data collected worldwide is so huge that even NSA has been unable to store it all completely and permanently. But with its new datacenter in the state of Utah, the agency now hopes to do a better job. The complex is designed to store up to 12,000 petabytes of data. To give you an idea of just how much that is, traffic generated over the Internet every day amounts to 1,826 petabytes, according to NSA.

But the agency's appetite for data is hardly stilled with the information flowing from globally monitored telephone and Internet traffic. The US mail service is also being combed. According to "The New York Times," the outside of all domestic postal items are photographed. In 2012, some 160 billion pieces of mail were photographed. It's not public information how long the data is stored.

Motorists are also in the focus of US authorities. More police cars are being equipped to automatically scan vehicles as they move. A single police vehicle can scan up to 14,000 license plates per shift, according to civil rights groups. Substantial data is being collected on US motorists - without any suspicion or reason for observation. It's is also not clear what happens with that data.

Europe: different but not necessarily better

In Europe, which likes to see itself as the guardian of individual rights, the situation is harder to discern but not necessarily better. We simply don't know much about the inner workings of European intelligence services. Clearly, European authorities lack the means of their US counterparts. Yet all such services have one thing in common - to gain the greatest possible access to information.

In 2005, the EU created a legal instrument that is the dream of US intelligence services: data retention rules. Under this legislation, all telecommunication service providers are required to store telephone and Internet connection data for at least six months and, in some cases, up to 24 months. In Germany, however, the Federal Constitution Court has halted the legislation - at least for now.

Traffic monitoring via surveillance cameras is on the rise in Europe, as it is in the United States. But there are some exceptions: the UK Data Protection Authority recently banned the so-called "ring of steel," a term used for license plate scanners, in and around the city of Royston.

Also in the UK, the intelligence service GCHQ is said to be tapping into Atlantic sea cables and thus gaining access to a huge chunk of the world's Internet traffic. According The Guardian newspaper, the service collects on a daily basis 192 times more data than that stored in the British National Library. And events in that paper's basement have shown exactly what the Cameron government thinks of freedom of the press.

Germany to invest in surveillance tech

In the next five years, the BND foreign intelligence service in Germany plans to invest 100 million euros in Internet surveillance, according to the news magazine "Der Spiegel." By the way, every letter in Germany is also photographed and stored for three days. Deutsche Post says, however, that it only stores the recipient's address for internal purposes.

If all these examples of the transatlantic surveillance puzzle are put together, a disturbing image emerges. In many aspects of our daily lives, the presumption of innocence is abandoned. Our telephone calls and Internet activity are being stored without any justifiable reasons, either by the service providers or by the government with the help of these companies. It is this growing cooperation between government agencies and global companies - symbolized in Snowden's work at Booz Allen Hamilton and Dell on behalf of the NSA - that poses a huge threat to our privacy and thus to freedom of expression. Globally operating intelligence agencies and global telecommunication service providers have a common goal - namely, to obtain as much information about people as possible.

Vote with money and ballots

The globalization of surveillance by governments and businesses also explains the reserved policy responses in Europe and the United States to the Snowden revelations. All governments and many companies are either actively or passively involved. And that's why governments on both sides of the Atlantic want to end this annoying issue once and for all. This eagerness to get rid of the issue, among othe things, has lead to oddities like the idea of a US-German No Spy Agreement.

Citizens in Germany and elsewhere shouldn't be satisfied with that. Those who really want to turn around this push toward total surveillance should, on one hand, consider the choice of telecommunications service provider and, on the other, vote for real control and oversight of the intelligence services. An ideal opportunity to do so in Germany is right around the corner - the federal elections on September 22.

Michael Knigge is a senior editor in DW's English department.

'The system is unraveling'

Recent events at the Guardian have called into question the protection of free press in the UK. DW spoke to Richard Keeble, acting head of the Lincoln School of Journalism, about the power of the "secret state." (22.08.2013)

NSA collected thousands of emails until ordered to stop

The National Security Agency has admitted that it illegally spied on emails between US citizens until a court ordered it to stop. This is just the latest revelation to raise concerns about US spying activities. (22.08.2013)

Newspaper reports NSA collects 75 percent of all US internet traffic

The National Security Agency has the "capacity to reach" 75 percent of all US internet traffic, according to a newspaper report. That's more communications than US officials have previously disclosed. (21.08.2013)