Opinion: A historic day in Cairo

Hosni Mubarak ruled Egypt for 30 years. In February, he stepped down after weeks of protest against his regime. Now, Egyptians are thrilled to see him on trial, according to DW's Bettina Marx.

History was made in Cairo today. For the first time, a toppled dictator has had to stand trial and answer to his country's judiciary, and thus his people.

Hosni Mubarak, who ruled Egypt for 30 years, has been forced to stand before a court. In fact, in his case, it was rather to lie than to stand, since the aged ex-president was wheeled into the courtroom on a stretcher. He was locked into a cage along with his two sons, former interior minister Habib al-Adli and other defendants to attend the opening of the trial and the reading of the charges. Pictures of defendants behind bars are not uncommon in Egypt: people have seen terrorists on trial, as well as opponents of the regime and members of the democratic opposition, suppressed, persecuted, gagged and tortured for years by Mubarak and his security forces. 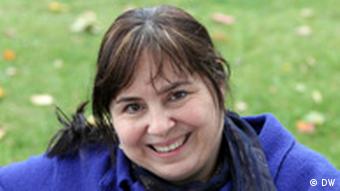 Now, representatives of this very regime stand before the judge and the people. It is hard not to feel a certain degree of satisfaction upon seeing them on trial. But this trial is not about revenge, it is about justice for the victims of the revolution who were killed or injured by Mubarak's henchmen. It's about justice for citizens who were kept from participating in the political process for decades and cheated out of prosperity and a future by their greedy leader and his corrupt cronies.

Many can expect to be spared

The shame and disgrace of this public trial have caught up with Mubarak, his sons and some of his former party followers. Others who are guilty and who profited from the Mubarak regime still await charges - although it is already clear that many of those who bear a share of the responsibility will never be brought to trial. For instance the military that Mubarak relied on for decades and that profited from his kleptocratic rule: they now stand at the head of the state and no one knows whether they will pass on that power to a democratically elected government.

Mubarak's friends in the western democracies will not be held accountable, either. They will explain away their support of the dictator as a political necessity, as strategic thinking. But the citizens of the countries in question should not forget that their governments were loyal to Mubarak even as the Egyptians were already taking to the streets in protest. It wasn't until it became clear that he would not last that they dropped him.

On this historic day in Cairo, western leaders should consider whether it isn't a day of shame for them, too.

Many Egyptians never believed it possible. On Wednesday, ex-President Hosni Mubarak went on trial at the Cairo Police Academy which once bore his name. In the opening session, the former ruler pleaded 'not guilty.' (03.08.2011)

Egyptian prosecutors are currently investigating ousted president Hosni Mubarak. But it is still uncertain whether it will lead to the trial so many Egyptians are demanding. (05.05.2011)