German mezzo-soprano Christa Ludwig, who starred on the world's great stages for four decades, has passed away at the age of 93. 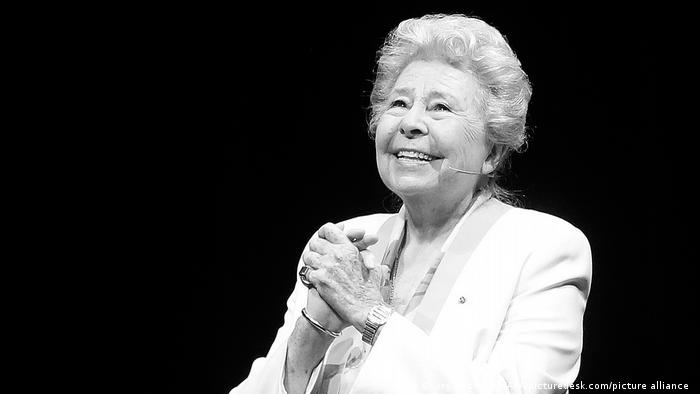 On stage, Christa Ludwig's range was magnificent: She was able to embody an impetuous young lover, a courageous wife fighting for her husband, a refined seductress, or a woman unhappily in love. Ludwig filled each of her countless roles with an incredible presence and intensity. She loved the characters she played. But in addition to her extraordinary performances, the mezzo-soprano enthused her audiences with her rich voice, which music critic Joachim Kaiser once called "one of the most beautiful in the entire country."

The German opera star died on Sunday at her home in Klosterneuburg, Austria at the age of 93.

Taught by her mother

She had always wanted to live a normal life — but fate dealt her a different hand.

Christa Ludwig was born into a musically talented family on March 16, 1928, in Berlin. Her father, tenor Anton Ludwig, later became general director of Aachen's municipal theater, while her mother, Eugenie Ludwig-Besalla, was internationally successful as an alto singer. It was she who taught young Christa how to sing, paving the way for her to study at the music academy in Frankfurt after the end of World War II.

At the young age of 18, Ludwig debuted at the Frankfurt opera as Prince Orlovsky in Johann Strauss' operetta Die Fledermaus. 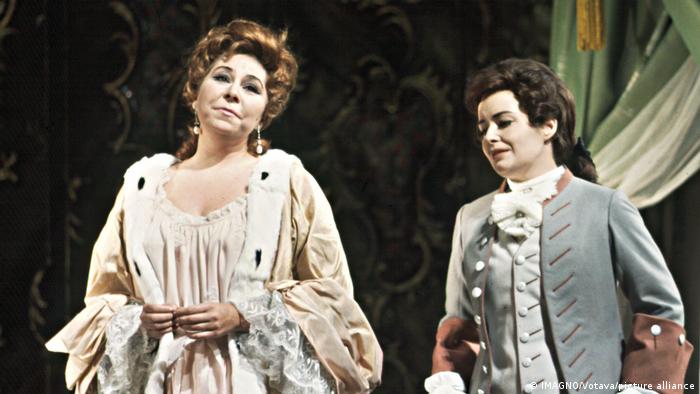 In 'Rosenkavalier' at the Vienna State Opera, alongside Gwyneth Jones (r), in 1968

Vienna would become her main stage

By the mid-1950s, Ludwig had taken on a range of roles and gained experience on stages in Frankfurt, Darmstadt and Hanover. Her international career truly kicked off when she received a unique offer from the Vienna State Opera to join its legendary ensemble.

From then on, Ludwig regularly performed at the Salzburg Festival, also appearing at the New York Metropolitan Opera and many significant European opera houses — including La Scala in Milan, where she was hugely celebrated, just as she was everywhere else. Audiences in Milan cheered the purity of her voice, as well as its tonal shades and nuances. The intensity of her performance was also unmatched.

In the 1960s, Ludwig was hailed as one of the most significant mezzo-sopranos of her time. She grabbed headlines not for private scandals, but for her highly acclaimed performances. She also appeared in contemporary works and developed an interest in dramatic soprano roles. Among her best-known roles at the Wagner Festival in Bayreuth were those of Brangäne and Ortrud, as well as Kundry in Parsifal. Ludwig also sang Isolde's Liebestod and Brünhilde's Schlussgesang in the Götterdämmerung in concerts. Furthermore, she also made appearances on stage as Lady Macbeth, singing in Italian.

The mezzo-soprano was not only celebrated by critics in the opera world, but also among audiences as a concert singer in Verdi's Requiem and Mahler's Lied von der Erde, to name just two. Ludwig also contributed to recording productions that are held in high esteem to this day, among them a version of Beethoven's opera Fidelio, in which she sang the role of Leonore.

However, looking back at her career and her profession as a singer, Ludwig had mixed feelings: "I would never again want to become a singer," she said on the occasion of her 80th birthday. "This profession is actually quite horrible. From the very beginning, you know when it's all over. Once you have finally reached maturity and depth, your voice starts to shake or disappears altogether," she reflected. 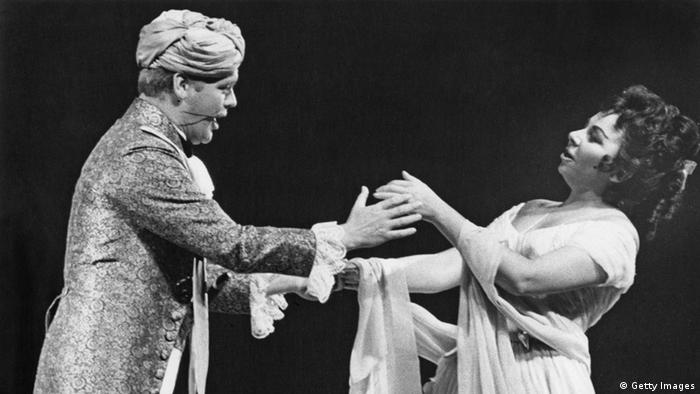 Her profession made it very hard to have a normal family life. Her first marriage to bass-baritone Walter Berry ended in a divorce after 11 years, and her son knew his grandmother better than his own mother. Yet, Ludwig loved her profession for good reason: "The great thing about it is that you're never confronted with the reality. We live in an irrational world, and that's a beautiful experience."

Almost 50 years after her debut, the singer said goodbye to the opera stage on December 14, 1994, in Vienna. Throughout her career she was showered with praise and honored with numerous awards. She was appointed as a commander of the French Legion of Honor, and also received Germany's Order of Merit.

But it is not all those prestigious awards, but the numerous recordings of Christa Ludwig's extraordinary voice that attest to her art. When asked about her special recipe for success, she often answered: "First and foremost, you must sing for yourself."

One of the most prominent artists to see his career ended in the #MeToo era, the longtime conductor of NY's Metropolitan Opera was also a major star in Germany.

Reporter - Carmen or Corona? - Opera During the Pandemic