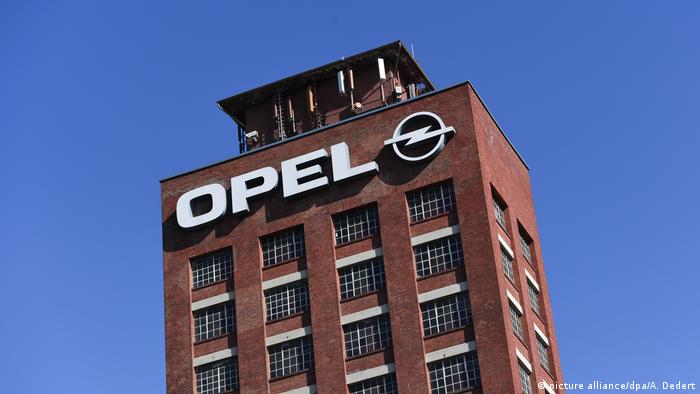 Workers at the Opel factory in Germany's Rüsselsheim will be working reduced hours, the auto manufacturer confirmed on Tuesday.

The reduced hours for about 2,600 employees of the long-struggling company will last at least six months. There will be some government compensation for affected workers, including partial, untaxed pay from unemployment insurance.

"This step serves to create a socially acceptable bridge solution," the company said.

The Rüsselsheim plant is Opel's biggest and oldest manufacturing plants, operating since 1898. The production run for the Zafira model at the plant has just ended and sales for the Insignia limousine, also built at the plant, have been weak.

According to internal forecasts, only 42,000 cars will be built at the plant next year — about a third of what was produced in 2018. Theoretically, around 180,000 cars are possible at full capacity.

In June, French parent company PSA announced it would move Astra production from Poland to Rüsselsheim at the end of 2021, a move the company said would secure the future of the plant.

The firm employs about 16,500 people in Germany. German workers are reportedly safe from redundancy until 2023. Instead, Opel has launched extensive severance, part-time and early retirement programs.

Opel is restructuring its business with job cuts and movement of jobs to French firm Segula. It faces headwinds in the event of a no-deal Brexit, through its British arm Vauxhall. Meanwhile, the car industry in general is facing a downturn, due to shrinking global sales and tougher emissions limits.

Another day, another chapter in Germany's never-ending Dieselgate story. This time it's the French-owned Opel feeling the heat, as German prosecutors raid their offices in the country as part of an ongoing investigation. (15.10.2018)