One year on, victims' families gather to mark Germanwings crash

Memorials in Spain, France, and Germany are set to take place to mark the first anniversary of the Germanwings crash. Co-pilot Andreas Lubitz deliberately brought the plane down on March 24, 2015, killing all on board. 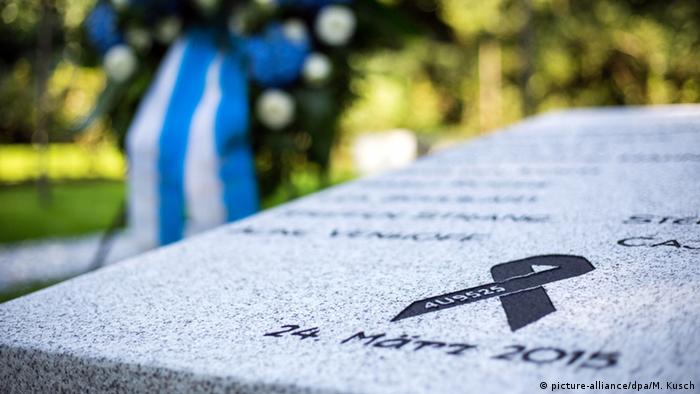 Lufthansa was planning to take some 650 relatives of those who died aboard Germanwings Flight 9525 to France on Thursday to mark the first anniversary of the crash. The parent company of the budget airline was also set to unveil memorials to the victims in Barcelona, where the plane took off, and Düsseldorf, where it was scheduled to land. 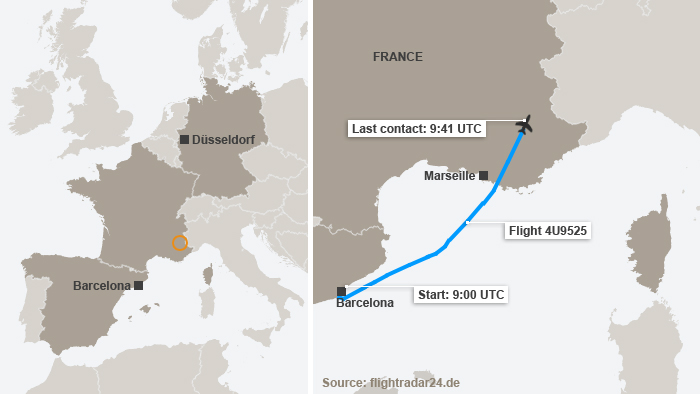 "We are doing everything we can to lessen the blow for the relatives, if that is at all possible," Lufthansa CEO Carsten Spohr said last week. The company has paid relatives at least 100,000 euros ($112,000) per passenger, and in some cases compensation has been in the millions.

All 150 passengers and crew were killed on March 24, 2015 when co-pilot Andreas Lubitz purposely crashed the aircraft about an hour into the flight. The 27-year-old was suffering from suicidal tendencies that he had not disclosed to his employer. The discovery, however, that some mental health professionals knew of his condition and did not report it has caused aviation authorities to question the limits of doctor-patient confidentiality.

A recent report by French air accident investigators called on Germany to clarify its rules about doctors breaching their patients' privacy when public safety is in jeopardy. Germany's ruling coalition has also called for random drug and alcohol tests to be administered to pilots.

"As we have seen, the existing regulations have failed," said Silvia Chaves, the chair of an association for the victims' families, at a memorial ceremony at Barcelona airport on Wednesday.

Black box recordings revealed that Lubitz took advantage of the other pilot's excusing himself to use the toilet to lock his colleague out of the cockpit and force the plane to rapidly descend. This revelation has prompted new laws around the world requiring at least two members of airline staff to be in the cockpit at all times.