One year after Malaysia Airlines Flight MH370 disappeared along with 239 people aboard, the three countries involved in the ongoing search say they remain hopeful. An Australian-led effort has so far been fruitless. 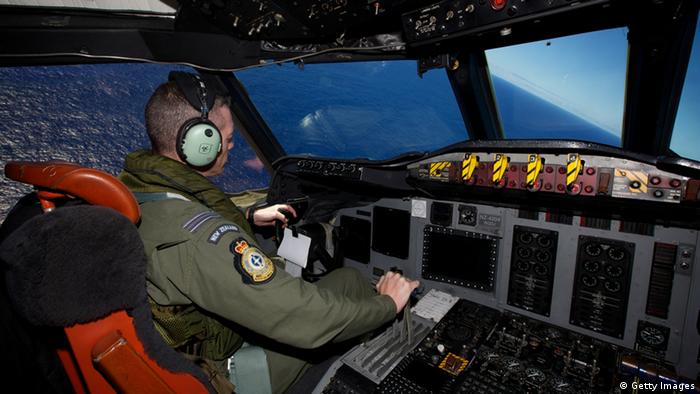 The governments of China, Malaysia and Australia have all pledged to continue the search for the missing Malaysia Airlines Flight MH370, exactly one year after it mysteriously disappeared, presumably into the Indian Ocean.

"I know that there will be a nagging doubt in the minds of billions of people until such time as we can find that plane," Australian Prime Minister Tony Abbott told reporters in Sydney on Sunday. "It can't go on forever, but as long as there are reasonable leads, the search will go on."

Abbott's Malaysian counterpart, Najib Razak, echoed his statements, saying in a statement that "together with our international partners, we have followed the little evidence that exists. Malaysia remains committed to the search, and hope that MH370 will be found."

The Chinese foreign minister voiced similar hopes on the sidelines of an annual meeting of China's parliament.

"Today must be a tough day for the family members of those onboard," Foreign Minister Wang Yi added. "Our hearts are with you." 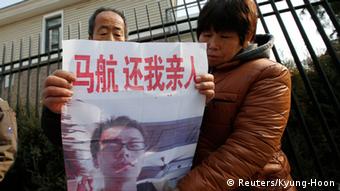 Relatives of victims have protested in Beijing, demanding Malaysia not abandon the hunt for their family members

The Australia-led search effort in the southern Indian Ocean, where the Boeing 777 is thought to have gone down, has yielded nothing yet. Abbott said the undersea search had so far covered 40 percent of the designated 60,000 square kilometers off the western coast of Australia. Authorities hope to map the entire area by May.

Flight MH370 vanished from radar screens shortly after taking off from Kuala Lumpur en route to Beijing. The plane was carrying 239 passengers and crew, two thirds of whom were Chinese. Malaysian authorities lost contact with the aircraft after it entered Vietnamese airspace, and investigators think it flew thousands of miles off course before eventually crashing into the ocean.

The Malaysian government has ruled the incident an accident, though not all the victims' families have accepted this conclusion.

Australian Transport Minister Warren Truss said recently that discussions were already under way between the three countries as to whether to call off the hunt within weeks.

Malaysia is expected to release its interim report into the incident later on Sunday.

Almost a year after Malaysia Airlines Flight MH370 vanished, there is still no clue as to the whereabouts of the missing aircraft. DW talks to the agency leading the search efforts about the progress made so far. (04.03.2015)