One year later, the lessons learned from the Love Parade stampede | Germany | News and in-depth reporting from Berlin and beyond | DW | 23.07.2011

One year later, the lessons learned from the Love Parade stampede

A year after a crowd surge at the Love Parade in Duisburg left 21 people dead, it is clear that security failures before and during the event are to blame. Now, stricter rules are in place to prevent another tragedy. 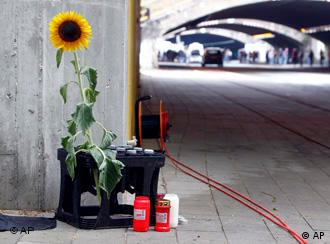 One year on, grief and anger are still strong

Most of the 21 people who died a year ago at the Love Parade music festival tragedy in Duisburg lost their lives because they were crushed in a mass panic and suffocated. Over 500 people were injured. The entrances to the music festival were too narrow, and the emergency exits were too few or were blocked.

In the aftermath of the tragedy, public prosecutors in Duisburg conducted an investigation and pieced together exactly what happened at the Love Parade on July 24, 2010. The resulting report is so sensitive, apparently, that the state government of North Rhine-Westphalia is keeping it under wraps. The prosecutors' office has made no comments and is not giving any interviews.

One of the few to have actually seen the 400-page document is Ulli Tückmantel, head of the reportage department at the Rheinische Post newspaper. His assessment of the report is clear: "It's a record of mistakes and failures."

Flawed from the start

Investigators in the prosecutor's office have come to the conclusion that last year's Love Parade should never have been approved. The festival grounds were located at a former train station that had been fenced in, an area never meant to accommodate such a crowd. The Love Parade's permit was for a festival of 250,000 visitors; 900,000 actually showed up, many on the 700 trains that had specially been arranged for the event. 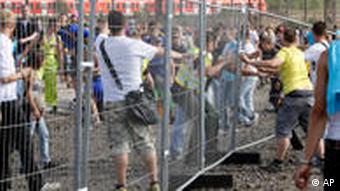 The catastrophe could have been avoided: experts had informed the planners in Duisburg of dangerous situations at previous Love Parade events in Essen and Dortmund. But Tückmantel says that this didn't lead to any extra efforts in Duisburg.

The only entrance to the festival grounds in Duisburg was a tunnel, which proved to be too narrow for the number of visitors. Those responsible for the necessary permits should have required emergency exits that were 440 meters (1,444 feet) wide; festival organizers said a width of 150 meters was enough. The tunnel that served as the main entrance and exit for festival-goers was just 30 meters wide.

According to the prosecutors' report, city authorities had overlooked potential problems ahead of the large-scale event and passed the buck of responsibility back and forth so often that they eventually just adopted the security plan proposed by the Love Parade organizers. 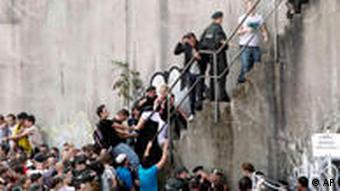 But Tückmantel says responsibility for the disaster doesn't stop there. Politicians played a role, too.

"They did everything they could to bring the Love Parade to Duisburg, and then these misguided decisions came one right after another" he said. "The city shouldn't have even been allowed to host the event, because it's seriously short of money.The solution for that was to fence the festival in and let it be run by a private organizer."

That private organizer was a company called Lopavent, which put extreme pressure on the city of Dusiburg to allow the Love Parade to go ahead despite authorities' reservations.

"The immense economic and idealistic damage that would have hit the organizers, the city, and the Ruhr region had the event been cancelled outweighed the potential risks," wrote the Berlin law office Härting in a letter to Duisburg's mayor, Adolf Sauerland.

The final permit for the Love Parade was signed just three days before the event took place, and it wasn't until the actual day of the festival that traffic barriers were removed to accommodate emergency vehicles.

The failures ahead of the Love Parade continued once the festival actually started: there were too few festival attendants, and many were overwhelmed by the size of the crowd they were meant to direct.

The same can be said for the police. Records of their communications on the day of the festival reveal misunderstandings, poor decisions, and helplessness.

Police communication was further hampered by the fact that the mobile telephone network had collapsed. A priority circuit for mobile phones, which is meant to prevent network overloads, was not in place, and had not even been applied for.

There were no loudspeakers for urgent announcements to be found anywhere on the festival grounds either. Apparently, there wasn't enough cable.

The crowd at the Love Parade far exceeded expectations

After the Love Parade tragedy, fears that other large-scale events in Germany could also end in disaster grew. In fact, just a few days ago, a mass panic at the Sea of Love festival in Freiburg was only avoided at the last second. Again, twice as many visitors came than the festival could accomodate, and fences meant to control the flow of foot traffic blocked evacuation routes.

Still, since the tragedy in Duisburg, there are new nationwide safety requirements for large-scale events. Now, they can only take place if a detailed written security concept is submitted before the event.

Eva Zwiebler is responsible for the organization of one of the biggest annual fairs in Germany, and like many of her colleagues, has had to make changes.

Now all the routes leading to a festival area are being widened and more emergency exits installed, equipped with lighting. A video surveillance system has been set up to monitor the flow of visitors. The number of security personnel has been increased so that, in an emergency situation, there's enough manpower to direct people where to go.

What happened at last year's Duisburg Love Parade caused such a shock that many cities that normally host large-scale events would now opt to cancel them if there were any doubts about safety.

"Today, no one wants to bear responsibility for an event that isn't completely safe," Zwiebler said.

She hopes that the stepped-up security measures will not just be a temporary phenomenon.

The businessman behind the ill-fated Love Parade

The organizer of the ill-fated Love Parade, German fitness czar Rainer Schaller, has a reputation for swimming against the current and making risks pay off. Now the entrepreneur has become the obejct of public scrutiny. (26.07.2010)

Readers discuss who is to blame in the Love Parade tragedy

Nearly a week has passed since the tragic events at the Love Parade. Calls have mounted for one or more officials in Duisburg to take responsibility, and readers wrote in with their thoughts on the issue of blame. (30.07.2010)