Omicron: Which countries have closed their borders? | Europe | News and current affairs from around the continent | DW | 30.11.2021

Omicron: Which countries have closed their borders?

Days after the new COVID-19 variant omicron was identified in South Africa, ever more countries are moving to close their borders to stem its spread. What travel restrictions are in place and can they be effective? 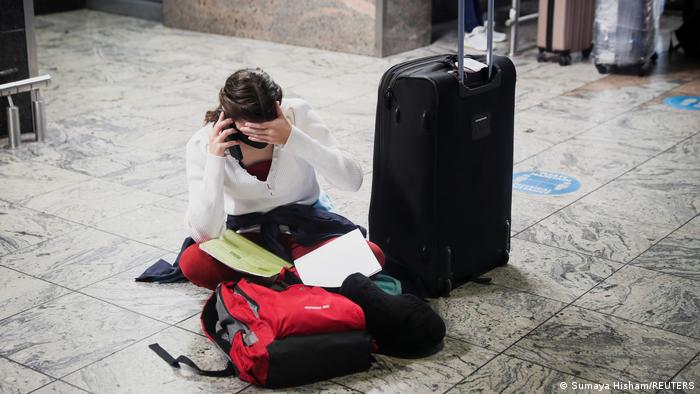 B.1.1.529 is the scientific name of the new coronavirus variant discovered last week in South Africa. It has since been detected in several other countries, with Germany, Portugal, Great Britain, Israel and Canada, for instance, all reporting omicron infections.

There are fears that the new mutant could be even more contagious than the currently rampant delta variant and that vaccines may be less effective against it. As a result, many countries are trying to stem the further spread of omicron with travel curbs.

Since last week, travel between many European countries and southern Africa has been restricted. In Germany, for example, authorities deemed South Africa and seven other countries in the region — Namibia, Zimbabwe, Botswana, Mozambique, Eswatini, Malawi and Lesotho — high-risk areas where the omicron virus variant is circulating. Airlines are only allowed to fly back German citizens and those residing in Germany from there. Both unvaccinated and vaccinated travelers coming from the region have to spend 14 days in quarantine regardless of whether they test negative for COVID-19. 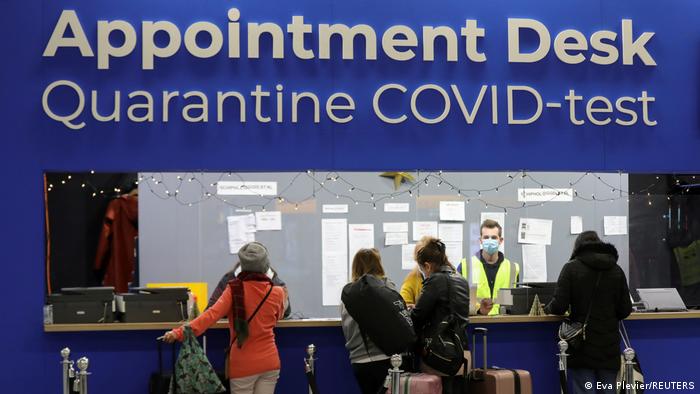 The UK has resumed flight connections to South Africa after a temporary halt because of the omicron variant. However, South Africa and several neighboring countries are on a so-called red list. That means passengers returning from these countries face mandatory hotel quarantine for 10 days at their own expense.

Switzerland, too, has significantly tightened travel restrictions. Regular flights from South Africa, Botswana, Eswatini, Lesotho, Mozambique, Namibia and Zimbabwe have been suspended indefinitely. In addition, people entering the country from southern Africa, as well as from Hong Kong, Israel, Belgium, the Czech Republic, the Netherlands, the United Kingdom, Egypt, Malawi and other countries have to show a negative Corona test and spend 10 days in quarantine.

US President Joe Biden is under no illusion that the new variant can be stopped at borders.

"Sooner or later we are going to see new cases of this new variant here in the United States and we're going to have to face this new threat just as we have faced the ones that came before it," Biden said. Nevertheless, the US has also blocked entry for foreign nationals from southern African states in order to at least slow the virus' spread.

In neighboring Canada, where the first Omicron cases have already been detected, the government has imposed new travel curbs regarding South Africa, Eswatini, Lesotho, Botswana, Zimbabwe, Mozambique and Namibia. Only Canadian citizens from those countries and people with permanent residency in Canada can currently enter the country. They also have to comply with testing and quarantine regulations.

Brazil has imposed a ban on flights from six southern African countries. Mexico's government, on the other hand, has ruled out new restrictions and border closures due to the discovery of the omicron variant. There is "no evidence" that the mutant is more dangerous and that vaccines are less effective against it, authorities said.

Several countries in Asia have also moved to curb the spread of omicron. Japan in the east and and Israel in the west, have implemented some of the toughest measures, with both closing borders to all foreigners, regardless of where they're coming from. Israeli travelers, for instance, have to isolate themselves for at least three days upon entry into the country whether they are vaccinated or unvaccinated, and no matter where they are arriving from. In addition, Israel is reintroducing a controversial measure that involves monitoring the mobile phones of those who fall ill. 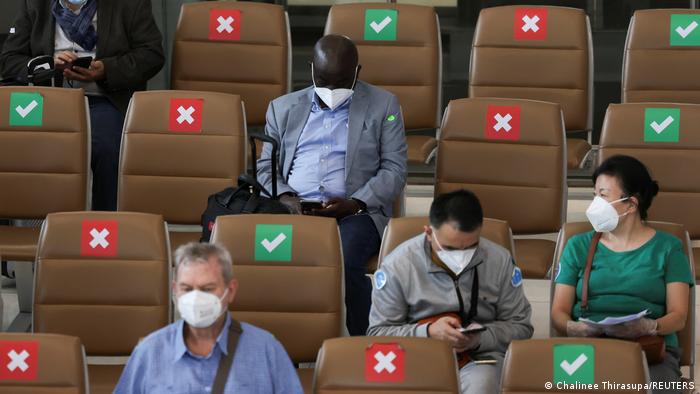 The Philippines, which depends heavily on tourism, also plans to suspend measures to ease entry for vaccinated tourists because of the new virus variant. South Korea and Thailand are restricting flights from eight countries from December and those who have already entered the country have to immediately quarantine.

Canberra planned to allow foreign visitors with Australian visas to enter the country again from December 1, after access was severely restricted since May last year. But plans to relax entry rules have now been postponed for two weeks. The decision was made on the recommendation of health authorities after the first cases of omicron were also detected in Australia. Foreigners who have been in South Africa, Lesotho, Eswatini, Namibia, Botswana, Zimbabwe, Seychelles, Mozambique or Malawi in the past 14 days are not allowed to enter Australia at all. Similarly, New Zealand has classified these countries and Papua New Guinea as high-risk areas because of the omicron variant.

A number of African countries, including Angola, Egypt, Mauritius and Rwanda, have also joined the ranks of countries that have imposed travel restrictions on South Africa and other nations on the continent. South African officials described it as "regrettable, even sad," adding that the decisions were "unjustified because they are not based on scientific evidence.''

How effective are travel curbs?

The World Health Organization (WHO) estimates that there is a high likelihood of further global spread of omicron but still advocates keeping borders open. South Africa has criticized the travel restrictions as "unnecessary." 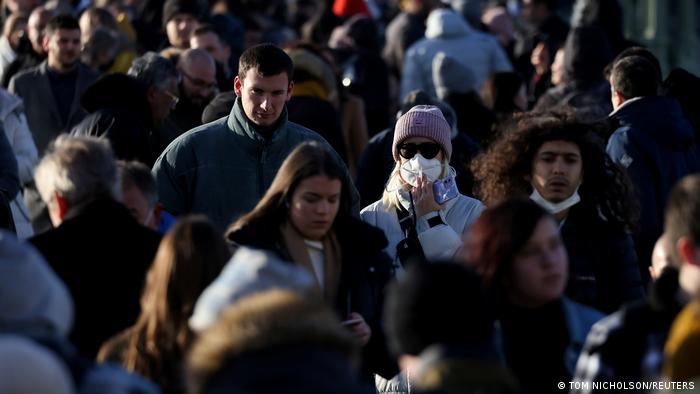 Meanwhile, studies suggest that travel restrictions may well help curb the spread of new coronavirus variants. For example, travel bans imposed in Australia at the beginning of the pandemic were found to reduce the number of imported cases and delay the outbreak by one month.

A study from the Canadian province of Newfoundland and Labrador also concluded that a ban on outbound and incoming air travel was effective. "Without proper control, an influx of infected travelers can easily become the seed for a new exponential outbreak," it concluded.

However, travel restrictions alone are not a panacea either, as a paper in the journal Science pointed out last year. It said that reducing community transmission rates are more important than travel curbs.

"I don't think travel bans are the best way to combat the new variant,” Jinal Bhiman, senior scientist at South Africa's National Institute for Communicable Diseases, told DW. "After all, we saw with delta that by the time the variant is identified, it's already there, it has spread. The first infections take place much earlier."

This article is translated from German