Dutch authorities said two test samples taken before the mass testing of two flights from South Africa last week indicate the presence of the variant. It is currently unclear where the two people contracted the variant. 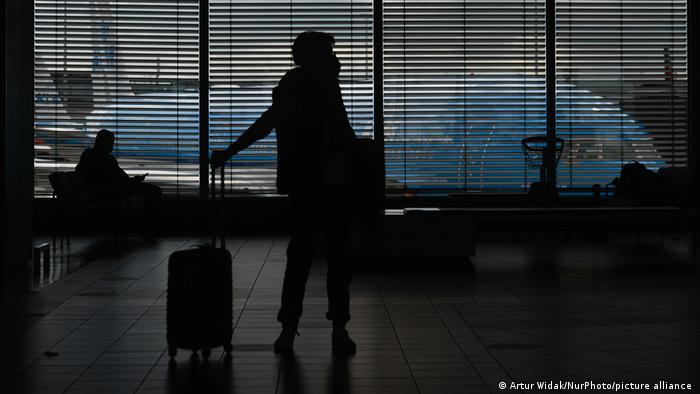 Officials in the Netherlands said Tuesday that the omicron variant of COVID-19 was present at least a week before 13 passengers on two flights arriving from South Africa were found to be carrying the variant.

The omicron variant had been found "in two test samples" from November 19 and 23, the National Institute for Public Health (RIVM) said.

What is known about omicron in the Netherlands?

After health authorities in South Africa announced they had identified a new COVID-19 variant on November 26, officials began to shut down travel from southern Africa.

Two KLM flights arrived from South Africa on that day. Testing of passengers found 61 positive COVID-19 cases, out of which at least 13 were found to have been infected with the omicron variant.

Previously, those cases were thought to be the earliest evidence of the omicron variant in the Netherlands.

All 61 of the passengers who tested positive for COVID-19 after flying to Amsterdam from South Africa Friday are currently in quarantine.

"It is not yet clear whether the people concerned (in the earlier cases) have also been to southern Africa," RIVM said, adding the process of contact tracing had just begun.

Dutch health authorities are at work tracking down some 5,000 additional passengers who travelled into the country from South Africa, Botswana, Eswatini, Lesotho, Mozambique, Namibia and Zimbabwe.

On Sunday, new restrictions went into effect in the Netherlands closing all but essential businesses at 5 p.m. to reduce contacts among the population and curb the spread of the virus.

Omicron in Europe earlier than thought?

"We're finding an increasing number of variant cases all around Europe, and in fact, we believe that the introduction of those variants has been ongoing for a few weeks already," Michael Hoelscher, director of the Department for Infectious Diseases and Tropical Medicine at Munich University Hospital, told DW.

"What we are also seeing is that there are now first cases of community transmission, so it's within Europe, and the travel bans will probably delay the spread of the disease a little bit but will not be able to hold it up," he added.

Omicron found in test samples taken prior to November 26 would pre-date South Africa's announcement of the variant's discovery. It was first identified in Botswana on November 11, and had been reported to the World Health Organization on November 24.

Belgium, the first European country to report the presence of omicron, said a case of the variant tested positive on November 22, according to AFP news agency.

The World Health Organization (WHO)has declared the new omicron strain a variant of concern. However, much is still unknown about how virulent or transmissible the variant is, or if it causes more severe illness than earlier strains.

"There is strong evidence that the transmission rate is much higher than with the delta variant. There is so far very little evidence on the severity of the disease," said  Hoelscher,

"At the moment, we need to see and watch, and we will know in about three weeks from today how severe the cases of the disease are," he added.