Controversy continues over the satirical version of a children's song broadcast after Christmas. A ditty about a fictional grandmother's environmentally unfriendly habits has struck an inter-generational nerve. 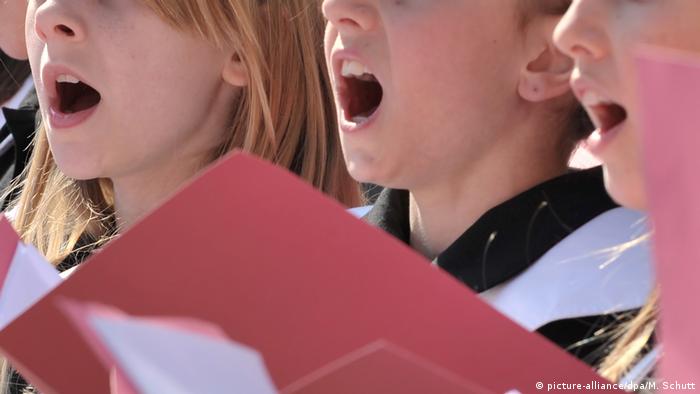 Most German preschool kids are familiar with the children's song about "Oma" (the German word for grandmother), entitled "My grandma rides a motorbike in the chicken coop."

Each stanza in the ditty about an old lady's outrageous adventures ends with the refrain "my grandma is a really ingenious woman." But just after Christmas, a Cologne-based public broadcaster, WDR, put out a video of a new satirical version of the song belted out by a children's choir.

The song instead branded grandma "an old environmental pig'' whose motorcycle burns a thousand liters of gasoline every month, and who eats a greenhouse gas-heavy pork cutlet daily because meat from the discount supermarket is so cheap.

The video then ends with a quote from teenage climate activist and vanguard of the Fridays for Future movement, Greta Thunberg: "We will not let you get away with this."

But after the clip quickly garnered around 40,000 comments, WDR removed it from its Facebook page.

Under the hashtag #Omagate, the performance triggered widespread social media outrage and had seemingly reignited a simmering culture war in Germany framed as a battle between the Boomers and Generation Z. Inevitably, the climate denying far right also got involved.

The German government's efforts to combat climate change have become a burning political issue over recent months, with young Fridays for Future protesters saying that the adults have failed to act.

But as the kids blame older generations for failing on the climate emergency, critics say that these proselytizing children lack respect for the elderly.

Armin Laschet, the governor of the state of North Rhine-Westphalia, said that "the debate about the best climate protection is increasingly being escalated by some into a generational conflict."

Wolfgang Kubicki, the German Bundestag vice president, said the children's choir had been misused for "re-education" purposes of the kind conducted by the communist East German regime. 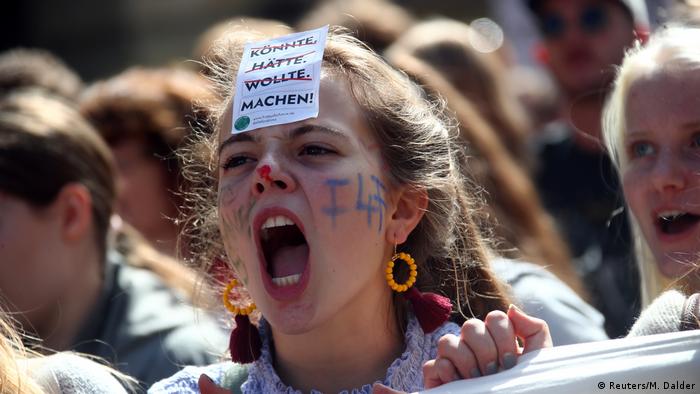 A young climate protester made her voice heard in Munich during September 20 climate strikes attended by 1.4 million in Germany. The sticker on her head crosses out "Could have, could have, wanted to." Only "Do it" remains.

Black-clad protesters affiliated with far-right groups in western Germany were quick to protest in front of the broadcaster's headquarters in Cologne. WDR has in the meantime offered protection to journalists who have in fact received death threats over the issue.

"Children's song to death threats: The stir about the children's song shows how outrage can be fueled," tweeted Spiegel Online. "The far right mobilized really quickly."

In another seeming attempt to dampen the outrage, WDR boss Tom Buhrow then apologized about the controversy "with no ifs and buts.''

Germany's DJV journalists' union said that WDR's apology was "not very helpful," arguing that the right to air such satire had to be protected in line with the protection of freedom of speech.

Meanwhile, the head of the WDR choir was surprised by the criticism, pointing out that the song was indeed satire: "The oma in the song — that's all of us," she said.

A group of climate activist grandmothers also came out in support of the song.

"It was pretty cheeky back when we sang it, too, but no one was upset," tweeted Grandparents for Future, which is aligned with Fridays for Future. "Today's song is not worth getting upset about, either."

"We lived life like there was no tomorrow," a self-professed human rights activist who was born in 1945 tweeted about #Omagate. She reminded her readers that older generations had been prosperous in the postwar years. But this should not have been "at the next generation's expense," she wrote. "You have to earn respect."

Germany's highest court has thrown out an appeal by Holocaust denier Ursula Haverbeck, saying her rights had not been violated. In a separate case, the court found that downplaying the Holocaust wasn't always a crime. (03.08.2018)