Michael Phelps was expected to win the 23rd gold of his Olympic career, but the American suffered a shock defeat at the hands of 21-year-old Joseph Schooling. 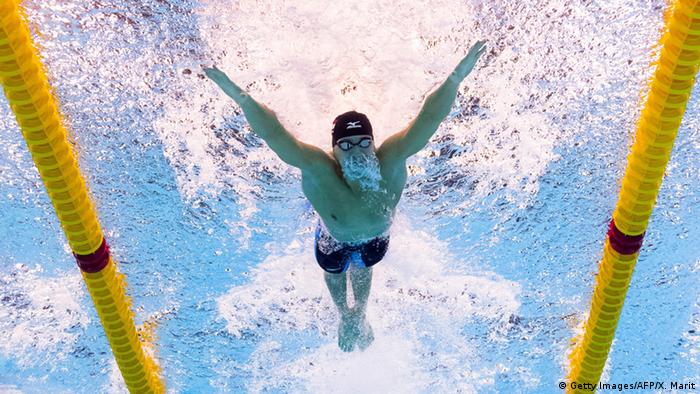 Michael Phelps suffered a shock defeat in the pool as Singapore's Joseph Schooling beat the American in the 100m butterfly.

Twenty-one-year-old Schooling produced an Olympic record 50.39 to take gold and force Phelps into silver, which he shared with both Chad le Clos and Laszlo Cseh in 51.14.

Phelps was searching for a fifth gold of the Rio Games, a 14th individual Olympic title and a staggering 23rd gold of his glittering career.

Schooling, who took bronze at last year's world championships, punched the water and roared with delight as Phelps swam over to pat him on the back before le Clos ruffled the youngster's hair.
Phelps, competing in his fifth and final Games, will be odds-on to win a fifth gold medal in Sunday's 4x100m medley relay - an event the Americans have never lost at the Olympics - to hit that total of 23 golds.
At 31, Phelps is expected to retire from Olympic competition after the Rio Games.
Advertisement