Two goals from Serge Gnabry and a delightful finish from David Selke earned a point for Germany against South Korea. The German team need to beat Fiji on the final day and hope Mexico beat South Korea. 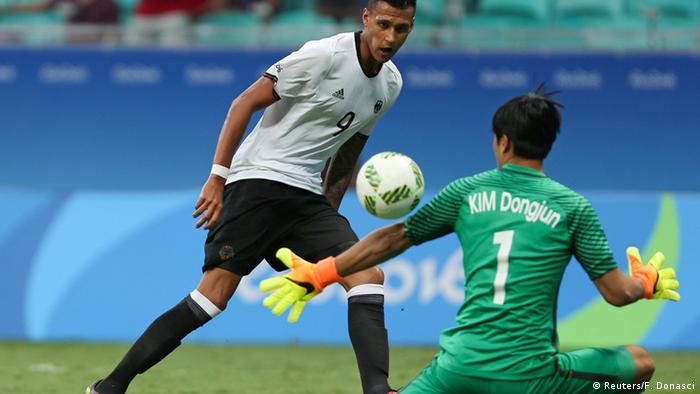 Germany clung on to any hopes of qualifying for the quarter-finals of the men's football tournament on Sunday, with a dramatic 3-3 draw with South Korea.

The draw means that Horst Hrubesch's side, who currently sit third in Group C of the tournament, will have to win their remaining game against Fiji on Wednesday and hope that Mexico beat South Korea.

The first half was a lively affair, with South Korea threatening early on when Hee-Chan Hwang glided past a few German defenders only to then fire a shot straight down the path of keeper Timo Horn. Before Germany had even composed themselves, the Korean side were already showing plenty of intent.

Indeed, the opening goal came just before the half hour mark when Seung–Hyun Jeong played through Hee-Chan Hwang, who casually slotted the ball past Horn to open the scoring.

Yet as we'd seen in the previous game against Mexico, Germany bounced straight back through the familiar face of Serge Gnabry, when Julian Brandt found him on the left edge of the South Korean box. The Arsenal prospect then shifted his weight on to his left leg and with a cute finish curled the ball past the Korean goalkeeper to even up the scoring and claim his second goal in as many games.

Germany kicked off the second half as they had ended the first, with Gnabry firing a shot straight at the Korean keeper just seven minutes in to the second half, before David Selke's rebound was similarly thwarted by Dong-Jun Kim. 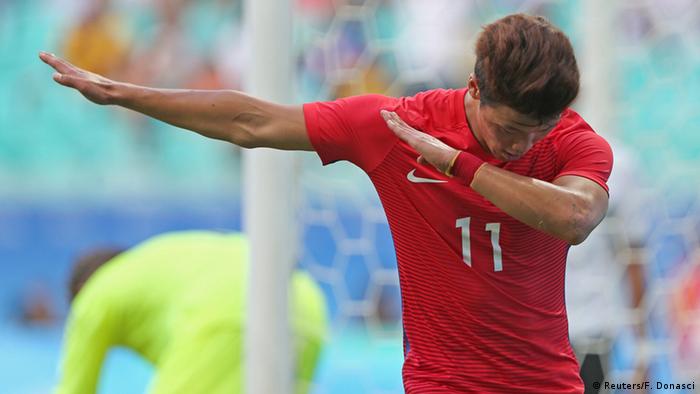 Yet the breakthrough didn't take long, when Germany broke through once again down the left flank where Schalke starlet Max Meyer found space to play Selke in to the Korean box. The RB Leipzig striker did well to take the touch in his stride and found enough space and time to flick the ball over Kim in goal and push Germany in to the lead for the first time in the match.

If spectators in the Arena Fonte Nova needed any more evidence to suggest just how even this game was, it came just two minutes after Germany's second goal when former Hamburg SV and Bayer Leverkusen forward Son Heung-Min pounced.

The Tottenham Hotspur star, as if by sheer impatience, took it upon himself to run at the German defence. With a drop of the shoulder, the forward lost Matthias Ginter and casually slotted the ball past Horn to make it 2-2.

Gnabry then stepped up to take a free-kick on the edge of the Korean box in the dying moments of the game. The Arsenal youngster fired off a curled shot with pace that deflected off the Korean wall and bounced over the line.

Three goals each in a match that never really offered a standout winner over the course of the 90 minutes.

Kosovo only earned its independence from Serbia in 2008 and full recognition by the IOC in 2014. Kelmendi had previously competed for Albania in Olympic competitions, but she is now a medallist for Kosovo. (07.08.2016)