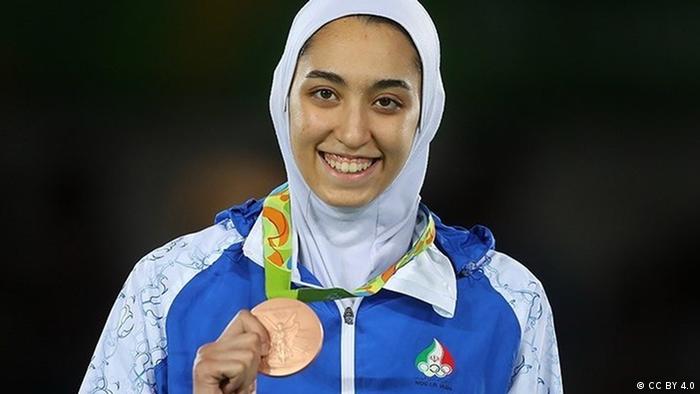 Kimia Alizadeh, who as an 18-year-old won the bronze medal in Taekwondo at the Rio Olympic Games, has become the latest athlete to cut ties with Iran.

Alzadeh announced the move in an Instagram post on January 12, saying she no longer wanted to be part of "hypocrisy, lies, injustice and flattery" as "one of the millions of oppressed women in Iran."

She also accused Iranian officials of sexism and mistreatment.

Just days later, Iran's semi-official ISNA news agency quoted her as saying she had "emigrated to the Netherlands."  Dutch public broadcaster NOS then reported that the now 21-year-old had been training in the country for several weeks.

However, this past Sunday, the mass-circulation German newspaper Bild reported that Alisadeh had since left the Netherlands and was staying in the northern German city of Hamburg.

The German Taekwondo Union (DTU) has since confirmed that not only are Alisadeh and her husband in Hamburg, but that she is also hoping to compete for Germany one day.

"On Sunday there was a meeting involving the association and Kimia, her husband and her advisor," the DTU said in a statement to the SID news agency. "In this meeting she again stressed that she would like to compete for Germany. The association would welcome Kimia being able to compete for Germany, and has issued her an endorsement letter, with which she can approach the relevant authorities."

The last sentence alludes to the fact that Alisadeh and her husband would have to be granted residency in Germany before the issue of which country she may compete for going forward may be addressed. She and her husband are reported to have entered the Netherlands and later Germany on a temporary visa valid for the European Union's border-free Schengen zone, which includes both countries. 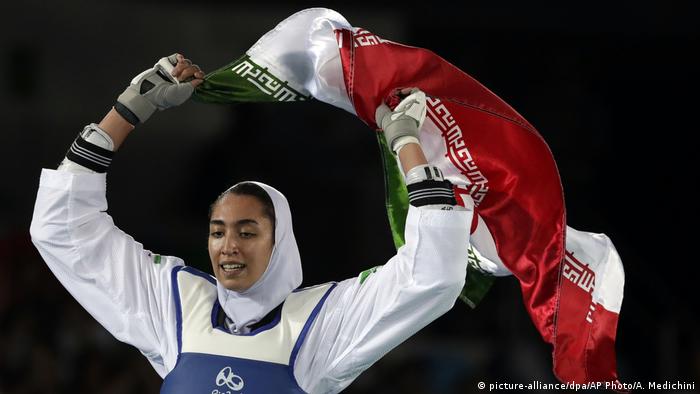 Alizadeh has previously expressed the wish that she be allowed to compete at the 2020 Tokyo Olympics under a flag other than Iran's.

However, Rule 41 of the Olympic Charter governing which country an athlete may compete for makes it look like a long shot. While the rule states that an athlete with dual citizenship may choose which one he or she wishes to compete for, it does impose some limitations. These include a requirement that three years have passed since the athlete last represented his or her other country in the Olympics or in a major regional or global competition. This would appear to apply to Alizadeh, as she won bronze at the 2018 Asian Championships.

However the rule also states that the IOC Executive Board may reduce or even cancel this waiting period "with the agreement of the NOCs [National Olympic Committees] and the relevant IF [International Federation] concerned." Still one has to think that the Iranian NOC would be reluctant at best to let her go.

Alizadeh is the third top Iranian sports person in recent months to have announced that they would no longer represent the country in international competition.

Last month, Iran's chess federation announced that Alireza Firouzja had decided not to play for the country over its informal ban on competing against Israeli players. 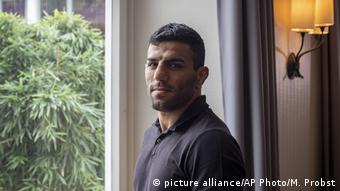 This came three months after the International Judo Federation (IJF) said Iranian judoka Saeid Mollaei, the 2018 world champion, had refused to return home over fears for his safety after he ignored an order from his national federation to pull out of a fight to avoid a potential final meeting with an Israeli. Instead, he chose to deliberately lose the bout in question.

In December, the IJF posted a statement on its website announcing that Mollaei had been granted Mongolian citizenship. However, this doesn't necessarily mean he the 28-year-old will be cleared to represent Mongolia at the Tokyo Games.

"The IOC is aware of the case of the judo athlete, Saeid Mollaei, and is following his ongoing qualification path with all interested parties; in particular with the International Judo Federation," The IOC said in a written response to a DW query. "To date, the IOC has not received any request for a change in nationality with regard to the athlete competing in the Olympic Games Tokyo 2020."

Iran has been suspended from the International Judo Federation for ordering an athlete to deliberately lose. Saeid Mollaei said he was told to throw his semi-final rather than risk facing an Israeli in the final. (19.09.2019)