New coach Kasper Hjulmand has begun his reign at Mainz with a win. Shinji Okazaki made the difference in a tight 1-0 win over Asteras Tripolis in the Europa League. 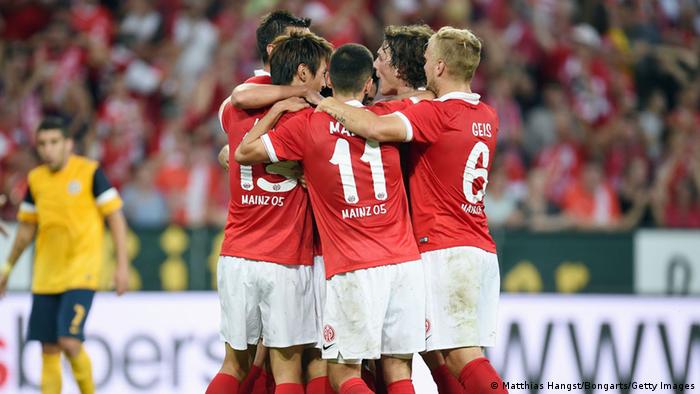 Mainz were the first German team to begin their competitive season on Thursday when they hosted Greek outfit Asteras Tripolis in the first leg of Europa League third round qualifying.

Despite several offseason signings under Hjulmand, who replaced Thomas Tuchel in May, Chilean defender Gonzalo Jara was the only new addition to make the starting 11 at the Coface Arena.

Midfield attacker Nicolai Müller, who got off to a red-hot start at the beginning of last season before fading late on, was left out of the 18 man squad entirely, fueling speculation about his rumored move to Hamburg.

Despite comfortably controlling play early on, Mainz failed to create any chances nearly the entire first half. But they only needed one.

Seconds before halftime, Christoph Moritz sent a cross into the box from the right wing. Koo Ja-cheol headed the ball down to a running Okazaki, who extended a leg to knock it into the back of the net. One shot on target, and Mainz had their goal. 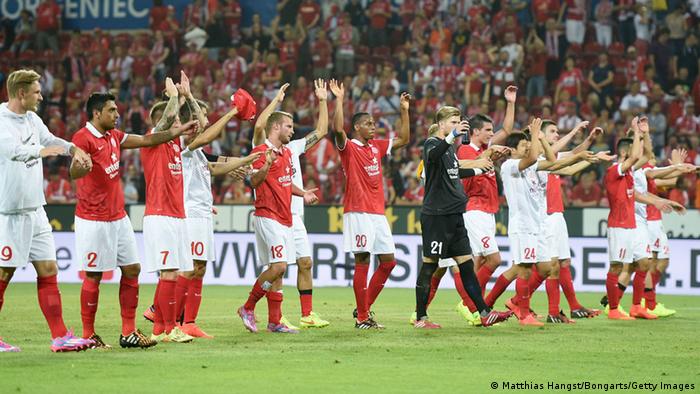 Seemingly saving all their excitement for the second half, Tripolis should have equalized moments after the restart when skipper Pablo De Blasis missed on an open goal.

In the 50th minute, Mainz could have doubled their lead when a rebound fell to Yunus Malli at the far post, but his rushed effort went wide.

After the flurry of action early on in the second period of play, the match seemed to calm as the final whistle drew nearer, and Hjulmand's side grew increasingly conservative. Defender Daniel Brosinski, who joined from Greuther Fürth in the offseason, made his debut in the 62nd minute. Fresh off his surprise World Cup success with Costa Rica, Junior Diaz was also given a run-out with 20 minutes to go.

The extra defensive help sealed the deserved 1-0 victory for the German side.

"The result is really good but the performance can be better," Hjulmand told broadcaster Sport1 after the match. "In the first half we made too many technical mistakes and were lucky a few times. Then we increasingly took control."

Mainz next travel to Greece for the return leg on August 7.