It's not what you hope for on your day off: Four police officers in the western German city of Hamm suffered injuries after an individual with a past gripe rounded up a bunch of nearby friends. 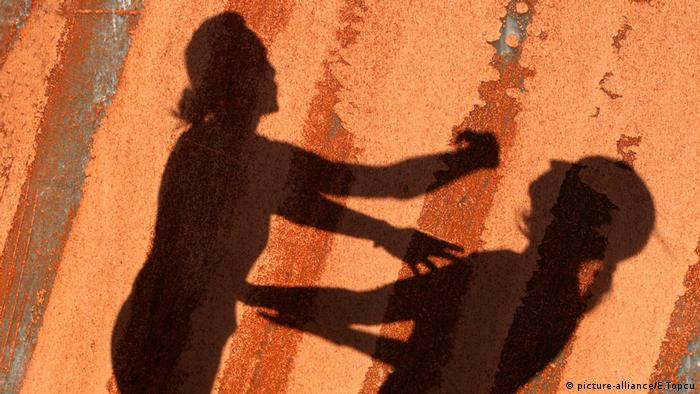 Four off-duty police officers in western Germany were injured Saturday, with two others hospitalized, after reportedly being attacked by a group of 10 to 15 people in apparent retaliation for a past incident.

According to a press statement from Dortmund police, the four police officers were approached by a 19-year old while off duty in downtown Hamm, a city northeast of Dortmund. The teenager spoke to them about a "past occasion of duty," as Dortmund's state attorney said in the release, without providing more details.

The teenager reportedly then left, only to return minutes later with a group of up to 15 people that immediately attacked the four police officers.

One of the officers suffered cut wounds in the abdomen while another, who had been knocked to the ground, was kicked repeatedly in the head, the police statement said.

The two other officers suffered scrapes and bruises.

None of the injuries were life-threatening.

Police officers arrested the 19-year-old suspect Saturday night. An investigation by the homicide commission is ongoing.

German police are looking for two men who attacked a man wearing Jewish clothing while he was walking in Berlin. The number of violent anti-Semitic attacks in Germany increased between 2017 and 2018. (14.08.2019)

In Germany, states roll out stun guns despite risks

Police officers in Germany are being equipped with Tasers. But for people with prior heart conditions, their use can be dangerous — and even deadly. DW investigates. (03.08.2019)

Police in northern Germany realized a MP5 submachine gun went missing in March, but waited months to report the case. The gun and ammunition have yet to be found, with pressure mounting on officials over their response. (09.08.2019)