Michaela has to check everything compulsively, over and over again. Has the stove really been turned off? Has it? Compulsions accompany her constantly and have had a major negative impact on her life. 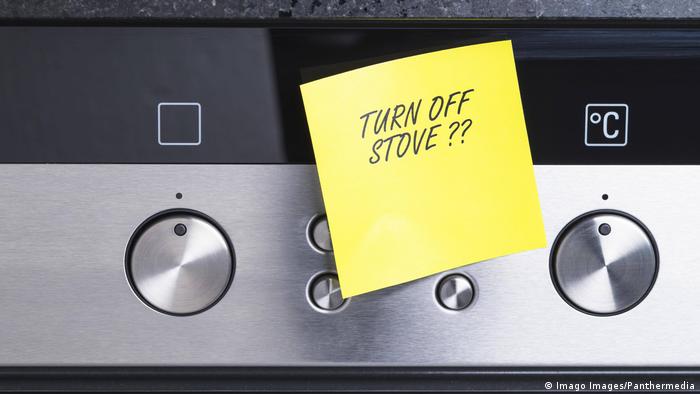 "Although I hadn't used the stove at all, I touched every ring to check that it was off. Finally I had to keep telling myself: 'Off! Off! Off!'" Michaela says (her name has been changed by the editor).

Even when Michaela was a child, there were rituals that she always had to observe and from which her mind would not permit her to deviate. There were things that were simply not "allowed."

Today she is 48, but her compulsion for rituals and double-checking and symmmetry has stayed with her. Everything still has to be exactly symmetrical for her. On her yoga mat, she lies exactly in the middle, with exactly the same distance to the right and left. "If I scratch myself on the right, I have to scratch myself on the left," says Michaela.

For many people, this may sound strange or exaggerated. But it is a serious mental illness that is not easy to diagnose. "There has to be an impairment in everyday life, either professionally or socially," says Andreas Wahl-Kordon, medical director of the Oberberg Specialty Hospital in the Black Forest. "An important criterion for diagnosis is the length of time consumed by the obsessive thought or the actions taken to deal with it. If you check once whether the coffee maker is really switched off, then that is fine. But if you do this 20 times or more, it is already compulsive." 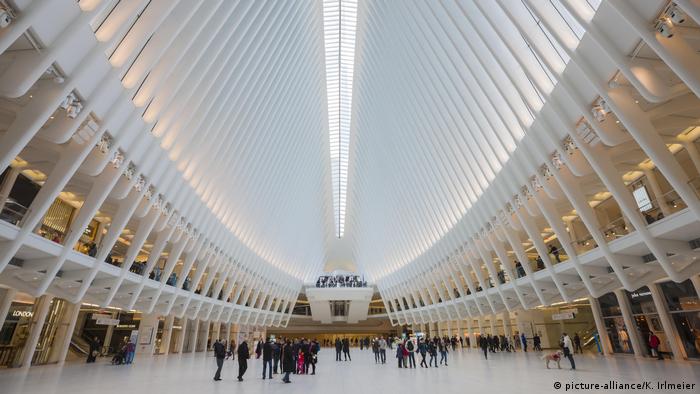 Symmetry is very important for people suffering from OCD

For Michaela, compulsions are part of her everyday life. They are exhausting and demand a lot of strength and energy. But things have got much better now, she says. She owes this above all to her psychiatrist, Andreas Wahl-Kordon. He is a person she trusts and has treated her several times as an inpatient.

Checking compulsions often begin at a young age, but can also develop in adulthood. "It is a common mental illness, but it is usually not obvious because it is often made a taboo and concealed," says Wahl-Kordon.

Sometimes sufferers and the people around them do not really take the somewhat strange behavior seriously. People with this form of obsessive-compulsive disorder (OCD) must first become aware that their behavior is not normal and be prepared to start treatment.

To find out whether someone has OCD, therapists usually work with various screening questions, such as: "Do you clean or wash extremely often? Are you often concerned with symmetries? Are there thoughts that do not let go of you?"

Wahl-Kordon says that "what is most significant is the intensity at which such actions are carried out and the time the sufferer actually spends on them or thinks about them," he says.

"With many sufferers, we can achieve very good results through behavioral therapy. Exposure and confrontation exercises are core elements here," Wahl-Kordon says.

Michaela has also been taking part in these kinds of therapies, which force her to permit situations that she fears and would otherwise try to avoid. They are meant to help her deal with her compulsions and fears, which often have their roots in the past. 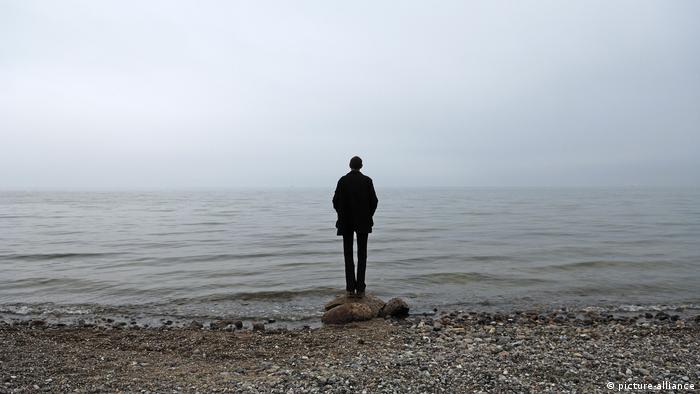 'I thought it was my fault'

When Michaela was 16, her sister-in-law died at the age of jus 28. For Michaela, this was a traumatic experience and one that triggered severe feelings of self-blame.

She still has these feelings of self-blame and fears some kind of punishment if she complains about something without there being an obvious reason. And it is just one of many fears that she has developed.

Michaela studied law; during her time at university, her checking compulsion continued to accompany her and became a neverending ordeal.

"My apartment had a kitchenette within sight of the bed. In the evening I always had to start checking from left to right to make sure that all appliances were turned off: stove, coffee maker and kettle. Had I pulled out all the plugs? Then check the fridge door again to see that it was really closed. Then I'd start all over again," she says.

Sometimes the whole procedure lasted several hours, she says, and on occasion she would go and sit outside the front door at 4 o'clock in the morning in desperation because she had not managed to go to bed.

During her studies, Michaela met her husband. She immediately got him involved, asking him to help her with her checking. "My husband was my salvation back then. I asked him to do a very last follow-up check after my check-ups. This gave me the feeling that he had taken the responsibility from me in case something started to burn because I had forgotten to check everything thoroughly," she says.

For about 20 years, Michaela checked every evening whether her husband had checked everything properly — checking the checker, so to speak. Thanks to the therapy, this, too, has now improved.

'I was afraid of doing everything wrong'

Michaela was a specialist lawyer for criminal law and social law. She was on committees, gave lectures and received requests from various associations to join their boards of directors. She was a successful lawyer, at least on the outside. But her constant self-doubt and her checking compulsion made her life so difficult that she finally had to give up her profession. 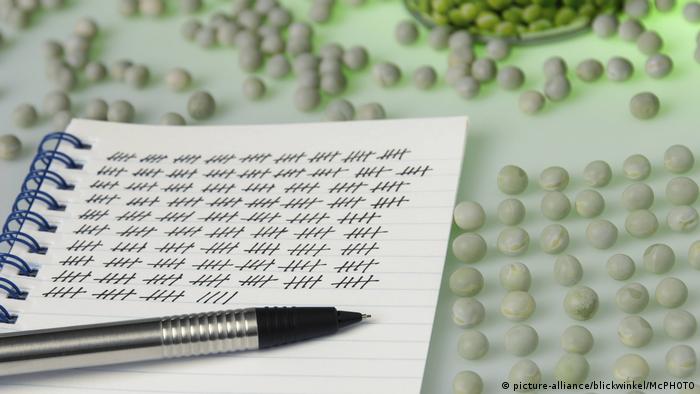 The duration of the OCD behavior is important for diagnosis

"I was always just afraid of not doing anything right, of not being able to do anything, of being too stupid for everything, and thought that it was just a matter of chance that I had a particular position. In my work, I never felt as though I had done enough preparation," she says. "If, for example, I had an appointment at 2 p.m. on one day, it was not possible for me to do anything else that day. I always thought I had to prepare myself more and more and more for this one thing."

At some point, her fears increased so dramatically that she was no longer able to go in to work at the law firm at all.

"At some point, compulsions determine their entire lives," Wahl-Kordon says. "Some sufferers withdraw completely, no longer eat properly and lose weight. Those are the most serious cases — when everything revolves around the compulsions."

More than one compulsion

In addition to her constant drive to check things, Michaela developed other compulsions. Compulsive hoarding is a particular problem for her. People with this form of OCD collect all sorts of things without any necessity or good reason: small notes, old receipts, papers that are no longer valid. Michaela even finds it difficult to part with daily newspapers.

After one three-week vacation, the newspapers piled up in the apartment, but throwing them away was impossible for her. After all, something important could be hidden somewhere among the countless pages, and then she wouldn't be able to find it again.

"It is incredibly difficult for me to throw something away. It takes me a very long time to put things in order. I never finish. There is simply no end. I always think that maybe I could use the things again sometime," Michaela says. 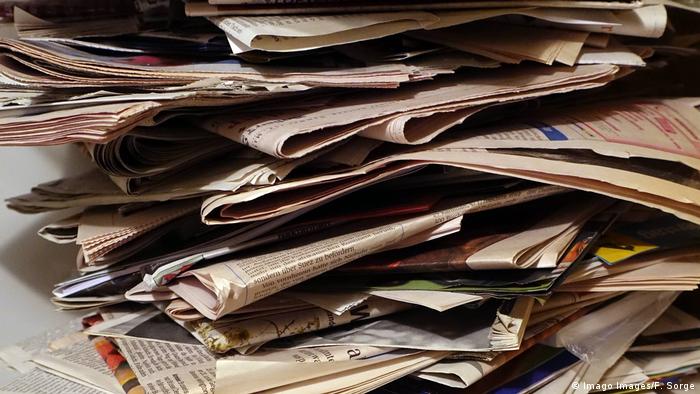 People with a hoarding compulsion simply cannot throw anything away

Your partner doing the cleaning and throwing things away does not work either, says Wahl-Kordon. "That can mean that the world collapses for the sufferer, so it doesn't work at all. Hoarding often has to do with objects that I associate with certain events or experiences and which I simply can't get rid of for that reason alone."

Disposing of those objects thus becomes a difficult and confronting task that the patient must tackle with the support of a psychotherapist. Often the compulsive need to hoard affects older people in particular. In severe cases, they literally become buried in clutter because they simply cannot bring themselves to throw things away.

'But first I have to clean up'

Michaela always tries to organize and prepare everything as perfectly as possible and have control over as many things she can — even when she had suicidal thoughts because her condition was becoming too much for her.

"It was on a Sunday, and I had actually managed to organize replacements for my appointments for the entire coming week," she relates. After all, she was planning not be alive the following week. But then, she says, her husband came home unexpectedly and thwarted her plans. 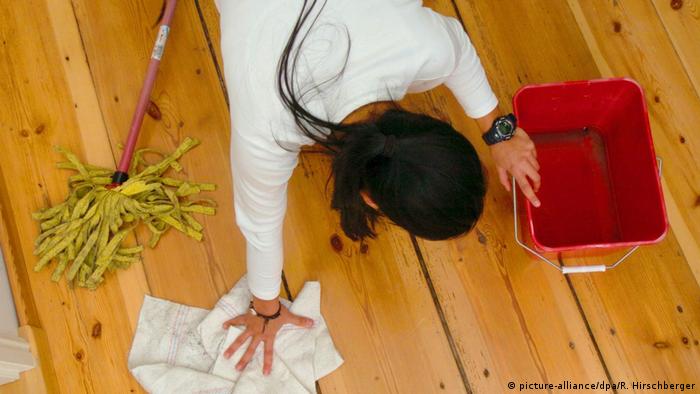 Constant cleaning can become a compulsion

"Later, I always thought that I couldn't ever kill myself because I would have to clean up first. The thought of someone tampering with my things is simply unbearable for me!" she says.

Michaela has now taken up other forms of employment, including teaching social law to special education teachers. This is easier for her than her work as a lawyer. She can engage with it in a completely different way and sometimes even uses herself as an example.

After all, aspiring teachers must learn to deal with disabled people like her, she says. She says everyone in her environment knows about her obsessive-compulsive disorder — with the exception of her family.

In recent years, she has undergone trauma therapy, depression therapy and exposure therapy, which have helped. "I still check the stove and the refrigerator. I still have to do everything right. I'm still afraid that I am doing everything wrong. But compared to the way it used to be, everything is much, much better now."

OCD - In Good Shape talks to an expert