Germany's highest city, at 914 meters above sea level, is known for its healthy air. The birthplace of German downhill skiing, Oberwiesenthal itself is now being reborn as a modern resort. 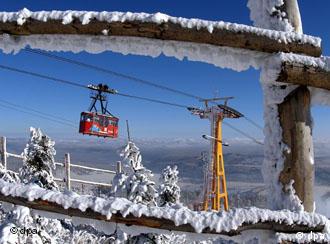 Once called the "St. Moritz of Saxony," Oberwiesenthal, in the Erzgebirge region on the Czech border, has undergone a number of changes over the years. The site of the country’s first aerial tram, and home to an organized ski club as early as the turn of the century, Oberwiesenthal stayed a hot ski destination in the days of the German Democratic Republic only to fall on harder times after reunification. 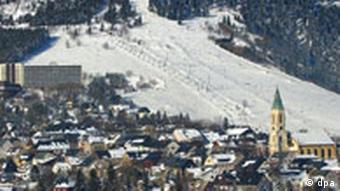 Oberwiesenthal can be reached either by car or by the Fichtelberg train, a narrow-gauge steam engine that leaves from the nearby town of Cranzahl. The scenic, hour-long ride covers a 238-meter increase in altitude, crossing seven bridges and an imposing, 110-meter long viaduct on the way to its destination.

All thanks to Norway?

The Fichtelberg train was created at the end of the 19th century, when the last traces of the area’s once generous ore supplies were being mined (Erzgebirge translates to English as ‘ore mountains.’) At the same time, skiing was introduced to the area as a leisure sport. A Norwegian engineer taught ski racing to the local youths, and in 1906, a ski club was founded.

By 1911, the Germany-wide ski racing finals were being held in Oberwiesenthal. In 1924 the town built the country’s first aerial cable car to the 1,214 meter high Fichtelberg mountain. Since 1983, the Ski and Homeland Museum in Oberwiesenthal has provided visitors information on the development of skiing in Saxony. 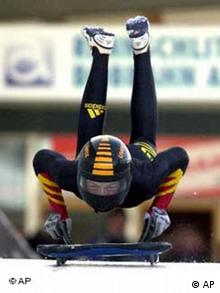 Today Oberwiesenthal is the home base for many winter sports. Several professional teams train in the area, and tourists from Germany's eastern states frequent the region when the hills and valleys are covered in thick snow.

During the Cold War era, Oberwiesenthal was renowned as a training ground for young skiers. Athletes from the Erzgebirg have won 30 Olympic medals and 57 world championship titles in the area of winter sports. Among the best known are Ulrich Wehling, three-time Olympic winner and world champion in the Nordic combination, and Jens Weißflog, three-time Olympic winner and two-time ski jumping champ. As recently as the 2002 Winter Olympics, Oberwiesenthal athletes took home three medals.

For forty years after World War II, the resorts were booked solid, both in winter (ski vacations) and summer (climbing and hiking). But after the fall of the Wall, Oberwiesenthal lost its cachet. Many tourists, especially those from the former East, considered it dull and middle-class. Like all vacation areas and regions in the new German states, Oberwiesenthal suddenly had to stake out a place for itself in a completely different tourism market. 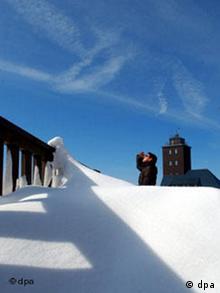 For people looking for skiing without a lot of crowds, Oberwiesenthal may be the answer

But the last decade has seen feverish -- and mostly successful – rejuvenation efforts. In a push to bring amenities up to Western standards, there are fewer hotels and resorts in the region, but most of those that remain were revamped into two, three and four-star properties. Families and those looking for a winter vacation outside the usual of high-priced and over-booked Alpine resorts, are discovering the benefits of Oberwiesenthal.

Oberwiesenthal has 3,500 inhabitants, and there are an equal number of guest accommodations. The ski area is on the small side, with two chair lifts and drag-lifts, ten prepared trails and 100 kilometers of cross country trails. And while it is no longer the site of the German ski champioinships, important Germany-wide competitions in biathlon and snowboarding, as well as a speed skating race and a legendary ski carnival, take place here. 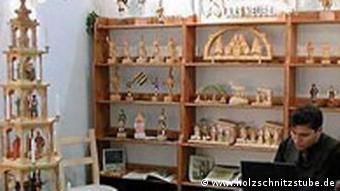 The Erzgebirge region is known to many outside of Germany for its typical Christmas products. Local artisans carve wooden ornaments, candle-angels, creche figures and nutrcrackers all year round. When taking a break from all the skiing, skating and sledding, another favorite passtime is to watch the toymakers and wheelwrights at work.

The German ski industry has hit a bump this year, as record warm temperatures for January melted snow at the country's many lower-lying resorts.

Forest-covered mountains, moors, cliffs, rolling hills, deep gorges -- the landscape of the Harz is nothing if not varied. And it is one of Germany’s most tradition-steeped regions.

The mountains near the eastern German village of Seiffen have long been emptied of their tin and silver, but the people there have found a sustainable gold mine instead: Christmas.