Obama′s victory means reliability for Europe | World| Breaking news and perspectives from around the globe | DW | 07.11.2012

Barack Obama's re-election is good news for Europe and for transatlantic relations, European experts say. But Obama's victory also raises expectations of Europe across the Atlantic. 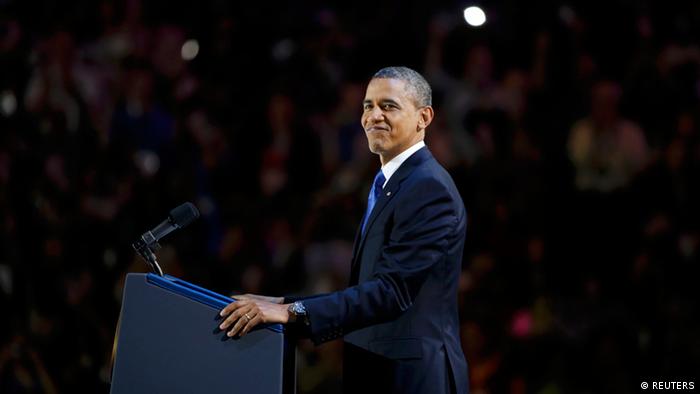 The European wish has come true. Barack Obama has been re-elected for a second term, as the large majority of Europeans had hoped. European experts on the US told DW that Obama's victory against Republican Mitt Romney is good news.

"Obama certainly comes much closer to the European mainstream than Romney in terms of domestic and sociopolitical issues, according to surveys here in Europe," said Marius Busemeyer, political scientist from the University of Constance.

"For Europe, this means reliability," said Heinz Gärtner from the Austrian Institute for International Affairs in Vienna. "Romney was very unpredictable for Europe because he changed his position on global developments several times."

For Obama, there is no reason to change US policy toward Europe following his reelection, said Vincent Michelot, a French expert on the US at the university Sciences Po in Lyon.

The Obama administration could call on Europe to commit itself internationally on more points than just economic issues. According to Gärtner, these could include the common search for a solution to Syria, as well as steps to resolve the conflict over Iran's nuclear program.

But Obama could also ask for transatlantic support on an issue close to Europe's heart: climate protection and environmental policy, which Obama could put back on the political agenda in Washington. 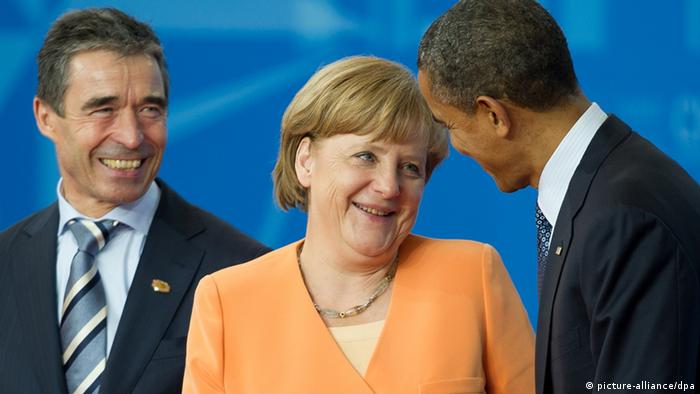 Europe can continue to count on a reliable and predictable partner in Obama, seen here with Germany's Chancellor Merkel and NATO head Rasmussen

Despite the increased focus of US foreign policy toward Asia, experts said Europe remains the most significant and reliable partner for the United States.

Michelot said the US had had to address more urgent issues in other parts of the world. There were no emergencies erupting in Europe, aside from the economic crisis.

"But compared to other much more urgent crises such as a nuclear Iran, the economic woes of Europe are nothing really to worry about," he said.

Romney would have divided Europe

Experts stressed, however, that Europe had no reason to rest on the laurels of its solid transatlantic partnership. The US will in future focus its attention on other regions of the world, for one. Secondly, Obama - as opposed to many of his predecessors - has no particularly personal ties to Europe. Nonetheless, Obama is clearly the better winner for Europe.

"It was a very good decision for Europe," Gärtner said. "If Romney had become president, there would have been a similar division in Europe again, as there was under George W. Bush. Romney's policies toward China, Russia and the Middle East would have divided the Europeans, and that would have been a catastrophe for Europe."

America has made the right choice in re-electing Barack Obama. He is not a perfect president, but he is a better alternative to the Republican Mitt Romney, says Deutsche Welle's Christina Bergmann. (07.11.2012)

Opinion: A leader without leadership

The Americans have re-elected President Barack Obama. But will he learn from his first-term mistakes? There is good reason to doubt it, says Deutsche Welle's Miodrag Soric. (07.11.2012)

Elmar Brok: 'EU and US need each other'

The EU and US rely on each other, says EU member of parliament Elmar Brok. Ahead of the presidential election, he explains why he believes that the EU will soon be better off than the US. (06.11.2012)