Obamacare: 'The battle isn't even close to over'

US President Barack Obama's health care reform has won another victory over its opponents. But according to Edmund Haislmaier of the Heritage Foundation, conservatives will continue to fight the Affordable Care Act. 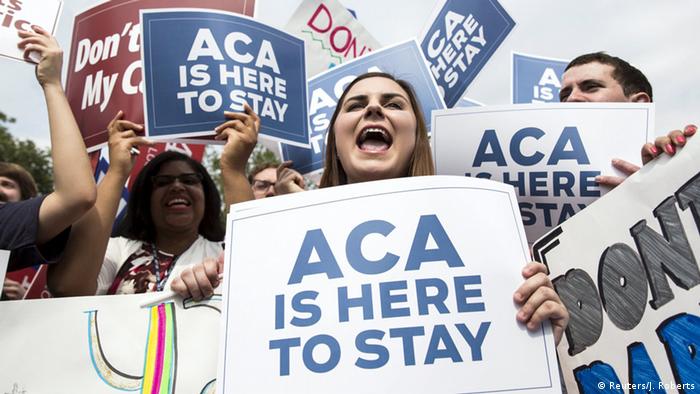 The United States Supreme Court has upheld a key provision of the Affordable Care Act, also known as Obamacare, in a 6-3 decision. The ruling backs government subsidies that help more than 6 million Americans purchase health care on state-regulated Internet marketplaces.

Conservatives have challenged President Barack Obama's signature domestic program twice now and have lost both times. Back in 2012, the court ruled in favor of the individual mandate, which requires most Americans to buy health insurance or face a tax penalty.

The ACA has been controversial in the US. Supporters claim that the law provides Americans with greater access to better quality health insurance at an affordable price. Opponents criticize the ACA as an unnecessary intrusion in Americans' health care decisions that will drive up prices.

Since the implementation of the ACA began in 2014, the uninsured rate in the US has dropped from 17 to about 12 percent of the population.

Edmund Haislmaier, a health policy expert at the conservative Heritage Foundation, tells DW why he opposes the ACA, and the implications of the Supreme Court's ruling for those who oppose the law.

So what was stake in this challenge to ACA? 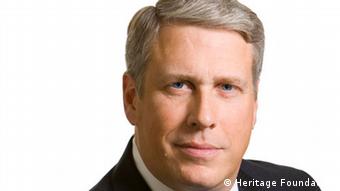 As far as the health care issue is concerned, it would have affected a portion of the legislation in some states. It hinged on whether or not the administration was correct that the subsidy system in the law could be applied to states that had not set up health insurance exchanges, but the federal government was doing it for them. Essentially, the court said yes they can.

Why are conservatives in the US opposed to the Affordable Care Act?

Stepping back even further, what is worth noting is that since before the enactment of this legislation five years ago and from that time through today, there has consistently been about half the country opposed to this legislation.

The question is why? At a very fundamental level, the reason is – as most people here and abroad are aware of – we in the United States have the most expensive health care system in the world. But we are not satisfied with it.

That has formed the nucleus of opposition that Republicans have relied on.

What's the conservative alternative to the ACA?

The basic health care reform would be to change the way the system works.

Particularly to deregulate the central planning and micromanagement, to bring about things that would reduce the cost of care, that would encourage hospitals, physicians and insurers to compete on offering better results at lower prices, not compete on just charging more and doing more.

There's broad agreement across ideological lines in this country that Americans are not satisfied with what they're getting and what they're spending. We feel like we're paying too much for health care and not getting enough.

The disagreement between the left and the right is do you cover everybody, and then try to bring the cost down through increased central planning and regulation. That's what the Democrats and this legislation do.

Now that the Supreme Court has twice ruled in favor of the ACA, will the opposition accept the law as a fact of life or is the goal still to throw the whole thing out?

Keep in mind that prior to this legislation being enacted about 80 percent of the public was reasonably satisfied with their coverage and arrangements other than the fact that they thought it cost too much.

That 80 percent has found their coverage and arrangements many times disrupted and the cost actually going up, not down. That opposition to that frustration does not go away.

So basically the battle is not over?

It's not even close to being over.

The US Supreme Court has decided to retain tax subsidies crucial to the implementation of Obamacare. The decision would enable millions of US citizens to continue to profit from low-cost health insurance. (25.06.2015)

The US Supreme Court has heard new arguments against "Obamacare." No majority is apparent in the case, which takes aim at a pivotal part of the statute providing tax subsidies to help people afford health insurance. (04.03.2015)

After their victory in the midterm elections, the Republicans now dominate US politics. It's the start of a difficult political moment for President Barack Obama and the Democrats. Gero Schliess reports from Washington. (05.11.2014)