The Philippines' "drugs war" President Duterte has been urged by US President Barack Obama to show judicious restraint. From Laos, Obama said US Republican candidate Donald Trump disqualified himself with "wacky ideas." 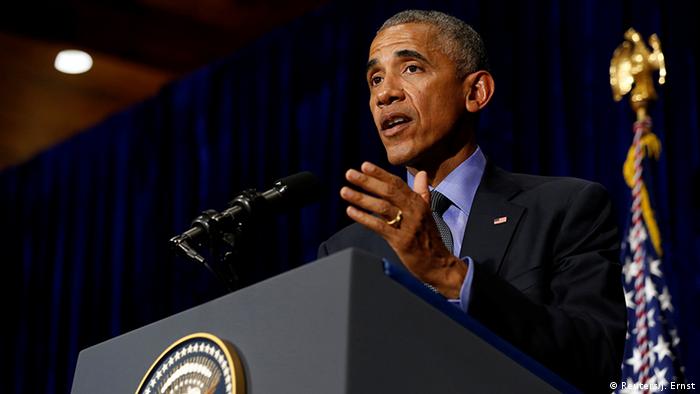 Obama, attending an Asian leaders summit in Laos, said Thursday that Filipino President Rodrigo Duterte must "make sure" that his new government's deadly crackdown on narcotics suspects was done the "right way" so innocent people did not get hurt.

Since Duterte's landslide election earlier this year, 3,000 people have been killed in an unprecedented war on crime in the Philippines.

Last month, the UN special rapporteur on summary executions, Agnes Callamard, publicly warned Duterte that his incitement to kill suspected criminals as well as a promise of immunity made to security forces amounted to crimes under international law. 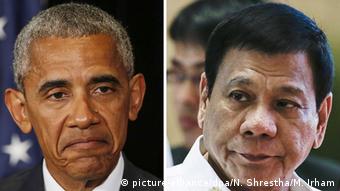 "As despicable as these [crime] networks may be and as much damage as they do, it is important, from our perspective, to make sure that we do it in the right way," Obama said in Vientiane, Laos' capital, where he attended an ASEAN summit.

"The consequences of when you do it the wrong way are innocent people get hurt, and you have a bunch of unintended consequences that don't solve the problem," Obama said.

For his part, Duterte on Thursday defended his country's human rights record and called on the United States to help his country combat illicit drugs.

Asked by reporters about a vulgar remark about Obama made by Duterte at the G20 summit this week, Obama said he did not take "these comments personally."

Duterte's choice of words seemed to be "a habit," Obama added.

Obama, making the first US presidential visit to Laos, a nation secretly bombed by the US during the Vietnam War, also said US Republican party candidate Donald Trump showed that he was unfit to become president "every time he speaks." 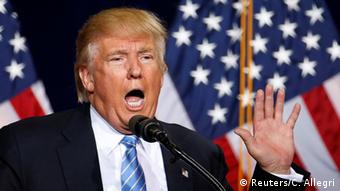 The presidency is a "serious business" requiring knowledge, preparation and policies thought through to be implemented, Obama said, reiterating his support for Democratic Party candidate Hillary Clinton.

"The most important thing for the public and the press is to just listen to what [Trump] says and follow up and ask questions to what appear to be either contradictory or uninformed or outright wacky ideas," said Obama.

Trump had raised eyebrows on Wednesday by saying that Russia's president, Vladimir Putin, was "far more" of a leader than Obama and criticized the US military, saying its generals "have been reduced to rubble."

Obama added that the Laos gathering of Southeast Asian nations had advanced a vision of an open, dynamic and competitive economic system.

Just before the G20 summit in China, Obama and Chinese president Xi Jinping announced ratifications by the two major nations, which emit nearly 40 percent of the world's greenhouse gases.