The mayor has slammed "idiotic comments" targeting the teen picked to play the "Christ Child" at the city's famous Christmas market. In a post on Facebook, the far-right AfD had suggested Germans were being eradicated. 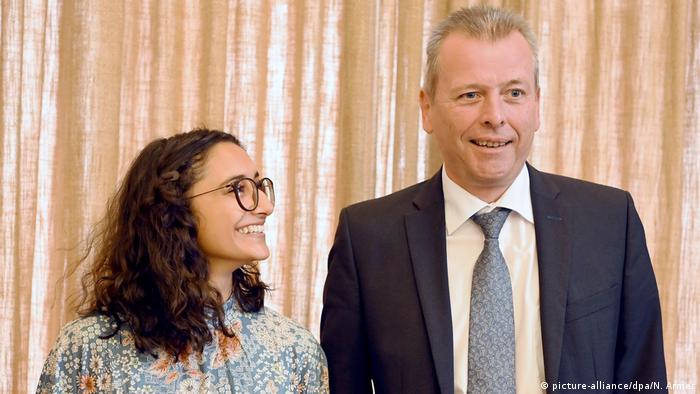 Nuremberg Mayor Ulrich Maly has voiced support for the 17-year-old girl chosen to portray the "Christ Child" during this year's Christmas festivities, after she was targeted by the far-right Alternative for Germany (AfD) party.

"You would laugh about it if you didn't know these guys are serious, but you could cry about this level of misanthropy," Maly said at a press conference on Sunday.

The mayor noted that the city's "Christ Child" choice has sparked "idiotic comments" in the past, including "ethnically-connotated remarks."

"But today we have an openly racist connotation," he said.

Maly's comments came after a local AfD branch criticized the selection of Benigna Munsi for the role. The Nuremberg-born teen's father is of Indian descent, though has been German for many years, and her mother is also German.

"Nuremberg has a new Christ Child. One day, we're going to go the way of the Indians," read a comment posted to Facebook — suggesting Germans were being eradicated or subjugated in the same way as indigenous groups in North America.

The post has since been deleted, with the AfD branch apologizing and saying the person responsible has resigned.

Despite the AfD's remark, Munsi said she has been doing well.

"I am surprised by the positive responses I have received ... They say, 'Cheer up, not all people are so negative — we're behind you.' I was very happy about that," she said during Sunday's press conference.

Nuremberg's mayor also said he was delighted about the outpouring of support for Munsi online, adding that he was surprised there were commenters who continued to show "human dignity."

She will also take part in some 150 events at nursing homes, hospitals and schools throughout the Christmas season.

A visit to Nuremberg’s Christmas market