A Soviet submarine is leaking radiation into the Norwegian Sea "clearly above what is normal in the oceans." But researchers said it posed no serious threat, saying radiation levels "weren't alarmingly high." 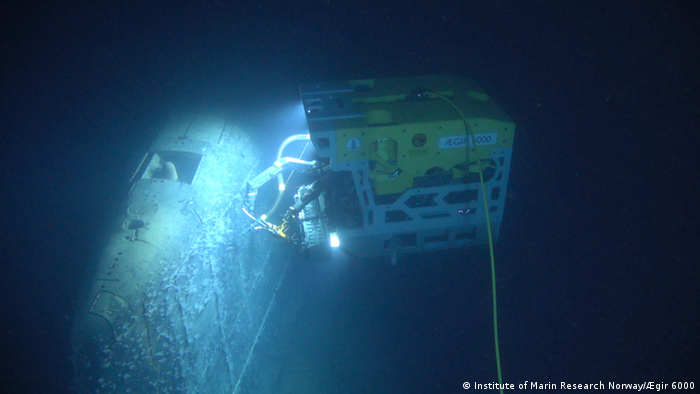 Norwegian researchers on Wednesday said they have documented a radiation leak from a sunken Soviet-era nuclear submarine.

"We took water samples from inside this particular duct because the Russians had documented leaks here both in the 1990s and more recently in 2007," said Hilde Elise Heldal of the Bergen-based Institute of Marine Research, who led the Norwegian expedition.

At 100 becquerels (Bg) per liter, the samples showed radiation levels up to 800,000 times higher than the Norwegian Sea's norm. But researchers noted that the increased levels of cesium in the water did not pose a significant threat to ocean wildlife or food products.

"After the Chernobyl accident in 1986, Norwegian authorities set this limit to 600 Bg/kg," said Heldal. "The levels we detected were clearly above what is normal in the oceans, but they weren't alarmingly high." 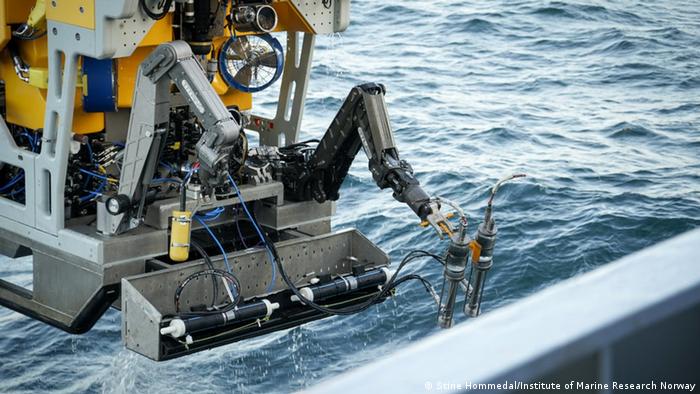 In the 1980s, the Komsomolets was considered a state-of-the-art nuclear-powered attack submarine. However, it sank in 1989 when a fire broke out on board, killing 42 crew.

The Komsomolets was carrying two nuclear warheads at the time, which were never recovered. It is unclear whether the radiation leaks stem from its reactor or the warheads.

The Soviet submarine now rests nearly 1,700 meters (5,600 feet) underwater in the Barents Sea. Joint Norwegian-Russian operations have taken place annually to inspect the Komsomolets since the 1990s, according to the Institute of Marine Research.

Submarine expeditions: 'There's nothing even close to the Titanic'

US company OceanGate is launching submarine trips to the Titanic. OceanGate CEO Stockton Rush told DW about the idea behind the mission - and why participants won't have to worry about going to the bathroom onboard. (10.01.2019)

Even after extinguishing the fire, the soldiers died from smoke inhalation. Authorities have launched an investigation "to establish the cause of the incident." (02.07.2019)