US lawmakers have begun debating domestic surveillance. In Germany, news of the intelligence service’s collaboration with US agents has placed further pressure on Interior Minister Hans-Peter Friedrich. 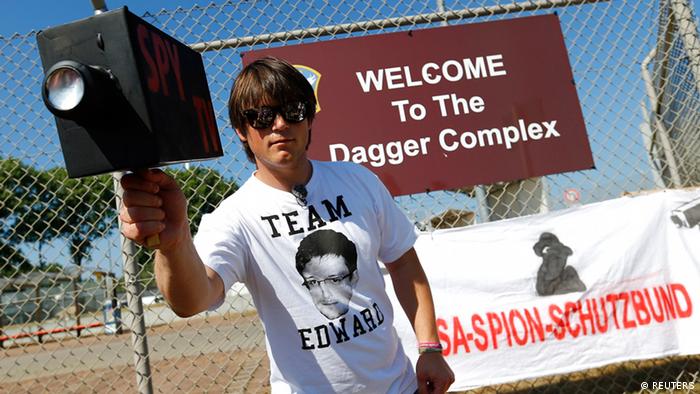 The debate in the US House of Representatives comes six weeks after the former National Security Agency contractor Edward Snowden divulged details of huge programs that can collect telephone and Internet data on millions of people worldwide. In an unlikely alliance, a handful of left-leaning Democrats have joined Tea Party ultra-conservatives in the House of Representatives in sponsoring an amendment to the Patriot Act to halt NSA surveillance of Americans not connected to ongoing probes.

"The recent NSA leaks indicate that the federal government collects phone records and intercepts electronic communications on a scale previously unknown to most Americans," Democratic Representatives John Conyers and Jared Polis said in a statement. They said the amendment "makes sure that innocent Americans' information isn't needlessly swept up into a government database."

The Patriot Act increased intelligence powers after September 11, 2001. The bill currently under discussion would limit the government's ability under the Patriot Act to collect such information, and also require that courts make opinions under the secret Foreign Intelligence Surveillance Act available to Congress and provide summaries of those decisions to the public. Last week, a House Judiciary Committee hearing saw lawmakers blast intelligence agencies for trampling on privacy rights and call the collection of bulk phone data beyond the limits of the US Constitution as well as of legislation adopted by Congress.

While the US witnesses bipartisanship by Democrats left of their party's mainstream and Republicans right of theirs, Germany's coalition has splintered after reports that officials collaborated with American intelligence. Interior Minister Hans-Peter Friedrich, of the Christian Social Union, Bavarian partners to Chancellor Angela Merkel's Christian Democrats, faces allegations from Free Democrat (FDP) coalition allies that his office violated civil liberties in what has become known in Germany as the "Spähaffäre," or spy affair. The opposition Social Democrats and Greens have joined with the FDP in summoning chancellery head Ronald Pofalla to the Bundestag on Thursday to go into detail on the collaboration.

"Mr. Pofalla shall provide clear information as to whether there was a collaboration between the German and American services on a technical level," FDP Deputy Hartfrid Wolff told the broadcaster MDR on Tuesday. "We want to know if this was targeted collaboration, an attempt to deceive or complete ignorance."

For their part, members of the administration are rallying together.

"I have never been of the opinion that worldwide communication was not monitored," Finance Minister Wolfgang Schäuble, a Christian Democrat, told the Schwarzwälder Bote newspaper. He added that he was "convinced that we in Germany have a large part of our security thanks to cooperation with friendly intelligence services."