German physics Nobel laureate Peter Grünberg, known for his groundbreaking work on digital data storage, has died. His research center said modern computers and smartphones would be "unthinkable" without him. 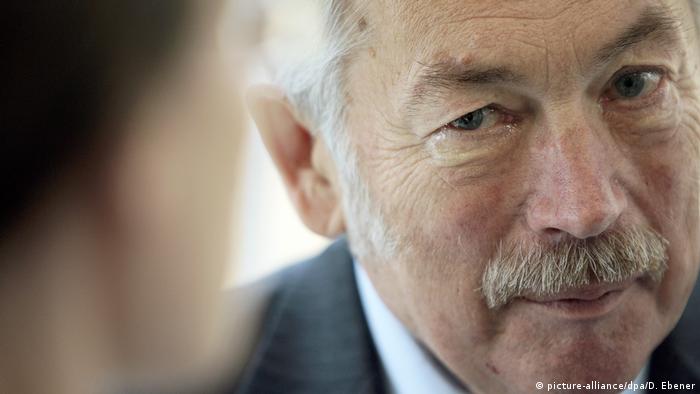 German physicist Peter Grünberg, one of the discoverers of the so-called giant magnetoresistance (GMR) that led to the development of gigabyte hard disks, died last week at the age of 78, his research center said on Monday.

Grünberg won the 2007 Nobel prize for physics together with French scientist Albert Fert after both separately discovered the effect in 1988.

Their work on GMR led to a breakthrough in information technology, enabling the storage capacity of hard disks to be dramatically increased and the size of storage mediums to be reduced to tiny dimensions.

Read more: How many gigabytes of storage capacity do our brains have?

"Without exaggeration, one can say Peter Grünberg and his discovery of giant magnetoresistance decisively changed our lives," the Research Center Jülich said in a statement.

"Without him, modern computers and smartphones as we know them would be unthinkable," it added.

Grünberg, who was praised by the institute as a "universally respected and well-liked colleague," also received the 2006 European Inventor of the Year award from the European Commission and the German president's Future Prize in 1989.

Speaking to a school class in 2008, Grünberg described himself as having been a disruptive pupil who was content with a B in physics.

He related that he was "totally overwhelmed" when informed of his Nobel win, but that he "had secretly hoped to win the prize one day."

The Jülich center said Grünberg continued teaching physics right up to his death.