Norwegian Muslims to embrace, guard Jews at Oslo synagogue | Europe| News and current affairs from around the continent | DW | 20.02.2015

The Oslo synagogue will play host to a unique display of religious tolerance on Saturday. Muslims and ethnic Norwegians alike are set to stand guard in symbolic defense of Jews - against a backdrop of anti-Semitism. 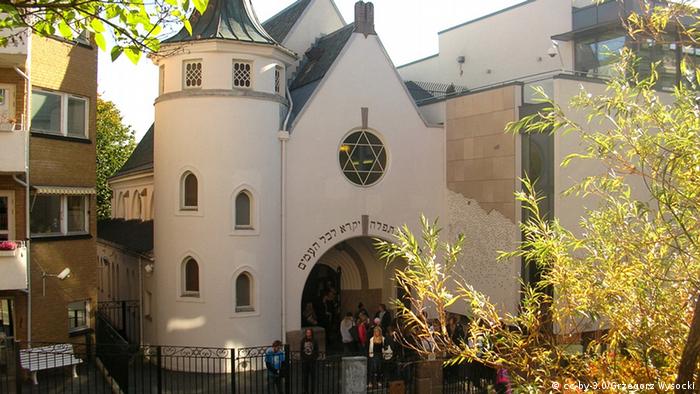 If he were alive today, German philosopher Gotthold Ephraim Lessing would have to smile about what's planned to take place in Oslo on Saturday, as a group of socially networked Muslims prepare to stand guard in front of the capital's synagogue in response to a recent wave of anti-Semitism in western Europe.

Two-hundred-thirty-six years ago, Lessing wrote a play called "Nathan the Wise," in which characters from the world's three major monotheistic religions put aside their differences in a display of tolerance during a time of unparalleled religious division, the Third Crusade.

This is the sole message behind the Fredens Ring, or peace ring, which is planned to follow the Sabbath service at the synagogue on Saturday evening. "Islam is to protect our brothers and sisters regardless of what religion they belong to," reads an English translation of the manifesto atop the event's Facebook page. "Islam is to rise above hatred and never sink down on the same level as the haters. Islam is to protect each other." 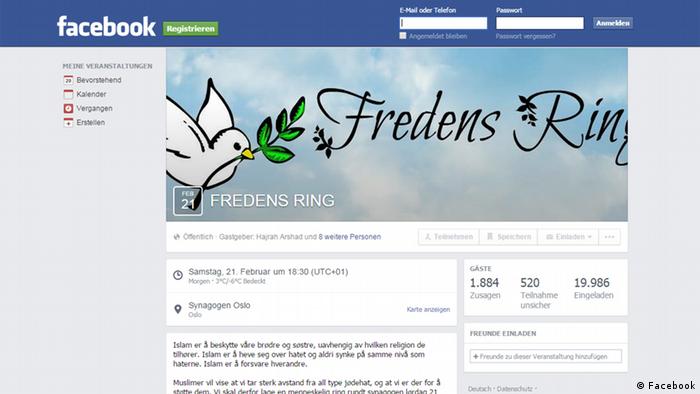 Two thousand people have confirmed they will be in attendance outside the quaint building in a narrow Oslo street - a mixture of Muslims, Christians, and Jews all with one overarching message.

"We are all the same, the same blood. No group of miscreants can divide us," wrote one user Rashid Rashid. In response, the user Lena Andreassen wrote: "It makes me so proud that Norwegians stand together against terror. We are all the same: Muslims, Christians, Jews. Together we are strong."

"The media has been referring to the peace ring as a show of solidarity, but what it seems more to be from the outpouring on Facebook is a show of love," Rune Berglund Steen, director of the Norwegian Center against Racism, said in an interview with DW.

That "show of love" comes in a country with a rich history of anti-Semitism that actually extends to the present day.

According to a 2012 representative study, one in three ethnic Norwegians said they wouldn't want a Jew to marry into the family, concluding that 12 percent of Norwegians harbored "manifest prejudice" against the 1,400 Jews in the country.

And when it comes to prejudice against Islam, two out of three ethnic Norwegians said they would be against a Muslim marrying into the family.

"The violence at the Copenhagen synagogue has opened the eyes of Norway's Muslims to the real threat against Jews," Steen said. "Muslims and Jews are on common ground, and they quite apparently need each other for protection up here in Scandinavia," Steen said, with reference to the numerous attacks against mosques in neighboring Sweden in 2014 and the rise of right-wing parties. 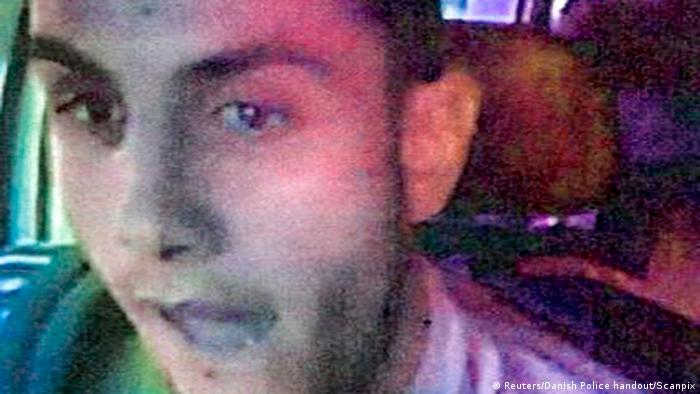 The unity that has emanated from the peace ring group has diverged from the greater public response in Norway to the Copenhagen attacks.

Apart from shock and support for Denmark, which for Norwegians is like a brother, the immediate response from mainstream media outlets was one of fear that had reached Scandinavia.

"Weren't they forgetting Breivik?" Steen told DW, referring to right-wing extremist Anders Behring Breivik, who killed 77 people in 2011 in twin attacks the likes of which Europe hadn't seen in decades.

Politicians, meanwhile, have bickered in televised debates about who is to blame for Islamist terror emerging in Denmark, Sweden and Norway.

"Following July 22, Norway was gripped by a sea of collective unity and declarations of love. Of course, we can't compare Utoya and Copenhagen. But it appears to me that Norwegians - certainly the politicians - have reacted in a fundamentally different way to the two."

In a recent commentary comparing the public perception of these two types of terror, Norwegian author Asne Seierstad argued that the fundamental difference is based on an unwillingness to accept collective guilt.

"When Norwegians learned that the [Oslo bombing and Utoya shootings] were not the work of Islamist extremists, but rather of a Norwegian, they changed their explanations from the political to the psychological," Seierstad wrote in the French daily Liberation.

"Breivik had to be seen as sick, and the rest of the Norwegians as healthy, different. There are groups that want the guilt to be collective and for Muslims to be held responsible … This, despite the fact that the terrorists represent a vision of Islam that revolts the great majority of Muslims." 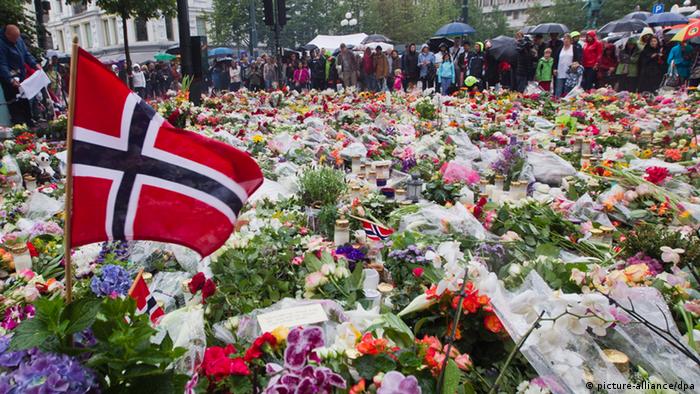 Breivik's attacks were burned into the Norwegian collective soul

Saturday's ring of peace in defense of Jews, according to its organizers and supporters, is set out to prevent just that from happening.

Waqas Sarwar, a Norwegian Muslim of Pakistani origin, said in his explanation of why he would attend that there was simply "no option" but to show up.

"Destiny has bound us together," Sarwar wrote. "We must learn to live together in peace and harmony, recognizing each other's religion, history and cherishing whatever we have in common. That’s why I and many of my fellow Muslims will show up on Saturday to protect our brothers and sisters."

Lessing's Nathan, for all his wisdom, would have been hard-pressed to find more fitting words himself.

The Danish government has unveiled a new anti-terrorist measures in the wake of two deadly attacks in Copenhagen. Denmark plans to invest $150 million in police and intelligence services. (19.02.2015)

The Jewish man shot dead outside a Copenhagen synagogue over the weekend has been laid to rest during a heavily guarded ceremony. The gunman behind the attack is to be buried in a Muslim cemetery. (18.02.2015)