Norwegian killer deemed sane after all

Norwegian mass murderer Anders Breivik is not criminally insane, according to a new psychiatric assessment, which contradicts an earlier examination. It comes six days before Breivik is to go on trial on terror charges. 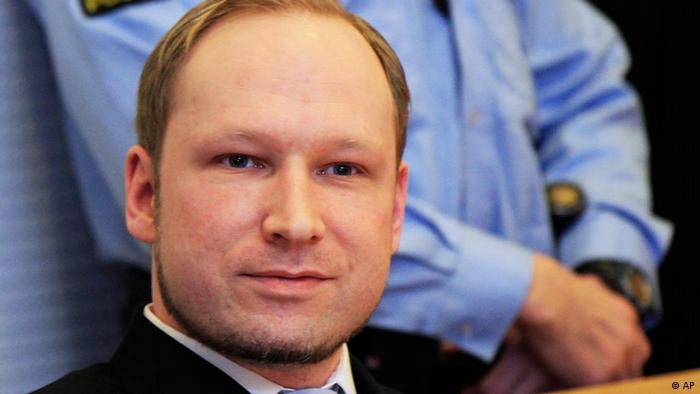 Anders Behring Breivik, who confessed to murdering 77 people in a bomb and shooting rampage in Norway last July, is not criminally insane after all, an Oslo court said on Tuesday. A new psychiatric assessment says he was not psychotic before, during and after the attacks, nor is he a paranoid schizophrenic.

"Our conclusion is that he is not psychotic at the time of the actions of terrorism and he is not psychotic now," Terje Toerrissen, one of the two psychiatrists involved in the examination, told the Associated Press news agency. The experts also said that there was "a high risk of repeated violent actions."

The findings contradict an earlier examination and pave the way for prosecutors to seek a prison sentence instead of compulsory commitment to psychiatric care. Breivik is set to go on trial on terror charges on April 17 for last year's massacre.

The court will take both psychiatric assessments into account during the trial, which is scheduled to last 10 weeks.

Breivik himself has said that he is not insane and has confessed to setting off the bomb in downtown Oslo, killing eight, and opening fire at a youth camp on the island of Utoeya, killing 69. But he claims he is not guilty in a criminal sense, saying the attacks were "cruel but necessary" in what he calls a civil war against Islam in Europe.