Norway has apologized to women and their descendants ostracized after World War II for coupling or having children with occupying German soldiers. Prime Minister Erna Solberg said Norwegian reprisals were "shameful." 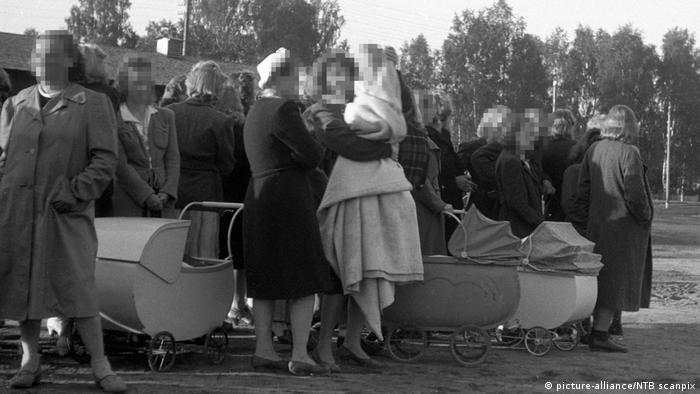 Solberg said the estimated 50,000 women labelled "German girls," who had or were suspected of having intimate wartime relations with Nazi troops, ended up marked "for the rest of their lives."

"For many, this was just teenage love, for some, the love of their lives," said Solberg Wednesday, adding that their treatment breached the principle that no citizen should be punished outside the court system.

The prime minister delivered the government apology at an event to mark the 70th anniversary of the UN's universal declaration of human rights. 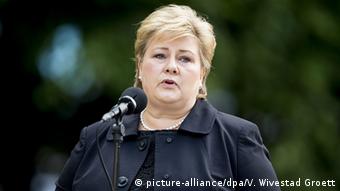 Neutral Norway was occupied from April 1940 by more than 300,000 German soldiers.

SS chief Heinrich Himmler encouraged German troops to partner with local women. It was part of Nazi Germany's white supremacist agenda that also led to the establishment of a "Lebensborn" reproduction center in Norway in 1941.

In 2000, Norway formally apologized to the estimated 10,000 to 12,000 children who also suffered reprisals because they were the offspring of Norwegian mothers and German soldiers.

Many were placed in host families or special institutions and later battled for compensation.

Reidar Gabler, the son of a Norwegian woman who was expelled in 1945 along with her German husband, told the Aftenposten newspaper the apology delivered by Solberg had come late but said it was" important for history."

"The people directly affected are no longer with us… but this also touches their families and the children," Gabler said.

None of the 28 Norwegian men married to German women during the war were subsequently expelled or deprived of their nationality, she said.

"We cannot say women who had personal relations with German soldiers were helping the German war effort," said Hjeltnes. "Their only crime was breaking the unwritten rules."