Ralf Jäger, interior minister in North Rhine-Westphalia (NRW), has criticized the "concentration" of North African refugees in the western German state. He said many North Africans had been linked to crime in the region. 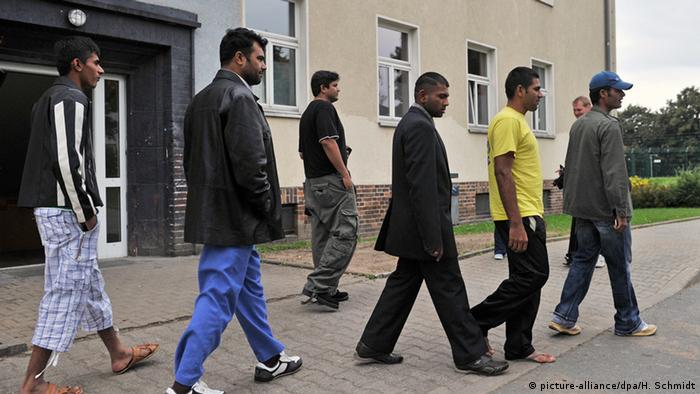 Speaking in Düsseldorf on Tuesday, Ralf Jäger (a Social Democrat) demanded a more equal distribution of North African migrants across the country. He said that NRW in was currently home to 80 percent of the Moroccan refugees in Germany, and to 50 percent of Algerian asylum seekers nationwide.

Jäger said the high figures were largely due to the close ties between the Federal Office for Refugees and Migration (BAMF) and specialists such as interpreters and country experts, based in particular regions.

As a result, refugees from Morocco and Algeria have been allocated across only four of Germany's 16 states, namely NRW, Lower Saxony, Baden-Württemberg and Saxony.

The regional interior minister said the current state of affairs was "unacceptable," adding that NRW was now facing an increasing amount of crime linked to the North African refugees. Jäger also warned against the "stigamatization" of North Africans, however.

According to an evaluation and analysis project led by Cologne police, more than 21,000 offenses and 17,000 suspects of North African origin have been detected since 2013.

In addition to the police reports, Jäger said on Tuesday that North African immigrants were "often disproportionately involved in disputes at refugee accommodation."

Many of the supects in the sexual assaults in Cologne at New Year were also described to have been of North African or Middle Eastern appearance.

In light of the hundreds of complaints, a debate has been ignited both regionally and nationwide over whether authorities should make the nationality of criminal suspects public.

Jürgen Mathies will take over as Cologne's new police chief, according to media reports. Police were severely criticized after failing to prevent robberies and sexual assaults in Cologne on New Year's Eve. (19.01.2016)