North Korea has been grappling with torrential rains, floods and typhoons in one of the worst rainy seasons on record. The government says local officials failed to provide relief to people affected by Typhoon Maysak. 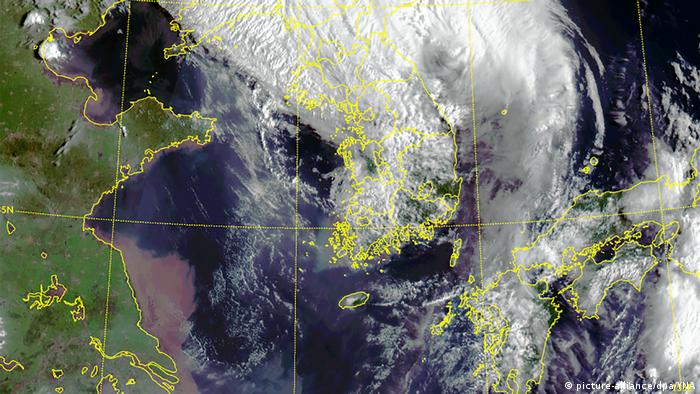 The North Korean government has vowed to punish officials who failed to protect residents from Typhoon Maysak that wreaked havoc in parts of the country, according to Rodong Sinmun, a state-run newspaper.

The typhoon brought heavy downpours across North Korea earlier this week, with official footage showing streets inundated in the eastern town of Wonsan in Kangwon province.

Rodong Sinmun reported Saturday that the country's top officials would take an action against "irresponsible" city and provincial officials for causing "a serious incident involving dozens of casualties."

"Dozens of casualties have occurred ... because of red tape and tricks among the city and provincial officials who did not accept the party's guidelines," the newspaper said.

The officials failed to "immediately organize a project to thoroughly identify properties at risk and evacuate all residents" despite being ordered by the ruling Workers' Party of Korea headed by leader Kim Jong Un, it added.

"A decision was made to impose severe party, administrative, and legal punishment to those responsible for the casualties."

But Ahn Chan-il, a defector turned researcher based in Seoul, told AFP news agency that punishing local officials is a "way for the North Korean leadership to avoid blame" for the casualties.

"They are sending out a message that Kim Jong Un never does anything wrong, but damages occur only because those who work for him fail to follow his order."

Another typhoon to strike peninsula

On Wednesday, state television showed live footage of storm surge and torrential rains in Wonsan, with a damaged bridge and flooded streets and buildings.

There have been reports of destroyed farms in the central county of Unpa, the country's breadbasket.

Concerns are growing about further crop damage and food supplies as the isolated country braces for another, potentially more powerful typhoon, Haishen, which is on track to hit the peninsula's east coast on Monday.

Typhoon Maysak killed at least two people in South Korea, with more than 2,200 people evacuated to temporary shelters in the southern city of Busan.