North Korea 'very willing' to hold talks with US

A delegation from North Korea has said Pyongyang would be "very willing" to hold talks with Washington in a bid to ease tensions on the Korean Peninsula. The South Korean president has urged both sides to give ground. 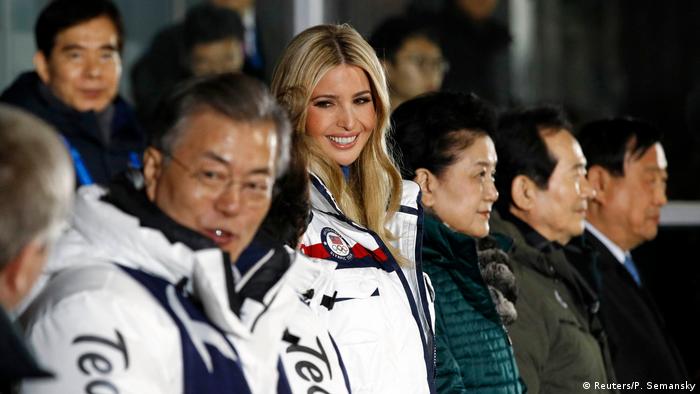 As the Winter Olympics in Pyeongchang came to a close on Sunday, there were murmurings of intent to bring the two Koreas closer together once the games were over.

The colorful closing ceremony saw a US delegation that included US President Donald Trump's daughter, Ivanka (photo), seated only a few spots from senior North Korean General Kim Yong Chol, who has been accused of masterminding attacks on the South Korean military.

South Korea's Yonhap news agency said the remarks came in a meeting between Chol and South Korean President Moon Jae-in, in which it was pointed out that the North should seek to improve relations with Washington as well as Seoul.

"President Moon pointed out that US-North Korea dialogue must be held at an early date for an improvement in the South-North Korea relationship and the fundamental resolution of Korean Peninsula issues," Blue House spokesman Kim Eui-kyeom said of the meeting.

On Monday, during a meeting in Seoul with Liu Yandong, a Chinese envoy to the closing ceremony, Moon urged the US and North Korea to both make concessions to enable talks to take place.

Expanding on the meaning of "Korean Peninsula issues," a South Korea official described North Korea's nuclear development program and the denuclearization of the Korean Peninsula.

The meeting was held on Sunday in the immediate run-up to the closing ceremony. 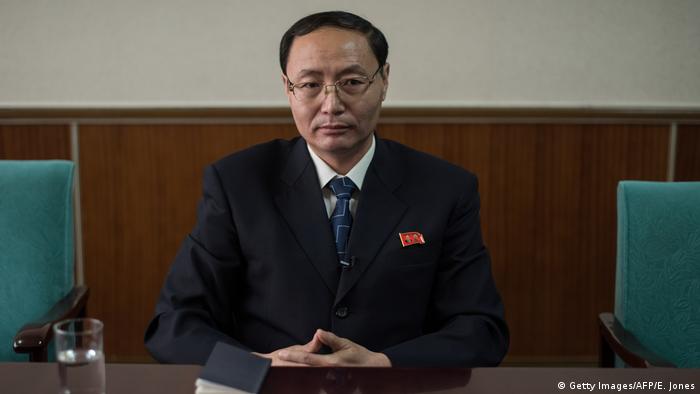 The meeting was Moon's second with high-ranking members of the North Korean regime, after he met a delegation at the opening of the games. That group included Kim Yo Jong, the younger sister of North Korean leader Kim Jong Un.

Earlier, there had been protests against the invitation of Chol, who is linked with a torpedo attack on a South Korean warship that killed 46 sailors.

The White House said on Sunday that it would wait and see whether the North's apparent overtures signaled it was serious about disarming.

"We will see if Pyongyang's message today, that it is willing to hold talks, represents the first steps along the path to denuclearization," White House press secretary Sarah Sanders said in a written statement. "In the meantime, the United States and the world must continue to make clear that North Korea's nuclear and missile programs are a dead end."

Sanders, who was part of the US delegation attending the closing ceremony of the Winter Olympics in Pyeongchang, also said that Trump would continue his "maximum pressure campaign" against the North until it abandons its nuclear weapons program.

On Friday, the Trump administration announced it was introducing sanctions against a number of entities suspected of breaking sanctions against North Korea. The announcement was met with indignation from China, which accused the US of applying its own rules rather than international law.