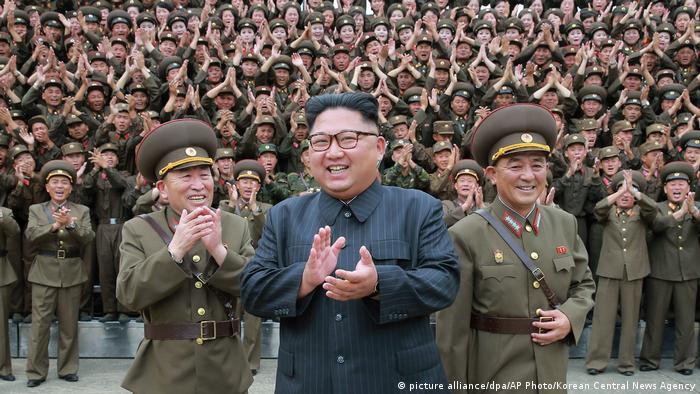 South Korea said it was monitoring developments in the North amid reports that Kim Jong Un replaced all three of the country's top military officials.

Reports claim the reshuffle could be aimed at eliminating possible resistance to Kim's engagement with the international community, including the United States.

North Korean leader Kim is due to meet US President Donald Trump in Singapore on June 12. Pyongyang's nuclear arsenal and the denuclearization of the Korean Peninsula would be top of the agenda during the Kim-Trump talks.

Kim tightens control over the army

South Korea's Yonhap news agency cited intelligence sources as saying that Ri Myong Su, the chief of the general staff, has been replaced by his deputy, Ri Yong Gil.

"If Kim Jon Un is set on making peace with the US and South Korea and dealing away at least part of the nuclear program, he will have to put the KPA's influence in a box and keep it there," Ken Gause, director of the International Affairs Group at CAN, a non-governmental research organization, told the Reuters news agency.

"The reshuffle has brought to the fore the officers who can do just that. They are loyal to Kim Jong Un and no one else," Gause added.

US President Donald Trump on Friday said a summit between North Korea and the US will be held on June 12 as originally planned. The announcement came after Kim Yong Chol, North Korea's former intelligence chief, delivered a personal letter from Kim Jong Un to Trump.

Following a meeting with Kim Yong Chol in the Oval Office, Trump said he would be making a mistake not to go forward with the on-again, off-again nuclear summit in Singapore, and called the meeting, "a great start."

Trump said he believed Kim wanted to denuclearize and that a relationship between North Korea and the US would start on June 12. "I think it's probably going to be a very successful, ultimately a successful process," he said.

He said the US had hundreds of new sanctions ready to impose on North Korea but that they would be withheld as long as denuclearization talks continued. He added that he looked forward to the day when sanctions on North Korea could be lifted.

South Korean media said that Chol stopped over in Beijing on Monday after his historic visit to Washington.

Analysts say that all three of the new military officials have some experience in foreign relations, a factor that is critical as Kim prepares to meet with leaders from the US, China, Russia and also Syria.