The missile tests, which have been condemned by the German government, were in reaction to war games being conducted by the US and South Korea. The North has slammed the maneuvers as a violation of peace efforts. 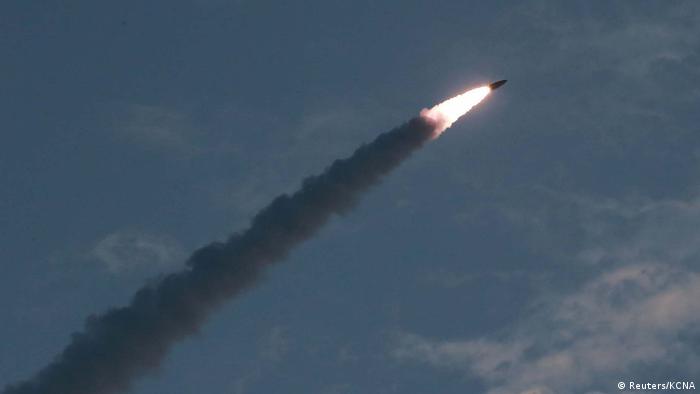 North Korea fired two unidentified projectiles into the sea on Tuesday morning, the South Korean Joint Chiefs of Staff said. The projectiles were reportedly launched from South Hwanghae province on North Korea's western coast, flew across the country, and landed in the waters off the eastern coast.

"With this fourth missile test in a short period of time, North Korea has once again violated its obligations contained in unambiguous resolutions of the UN Security Council," a foreign ministry spokesman said.

"We call on North Korea to desist from provocation of this kind, to observe the decisions of the Security Council and to return to the negotiating table."

The launch was reported as North Korea issued a statement denouncing joint US-South Korean war games that started Monday as a "flagrant violation" of peace efforts on the Korean Peninsula that reflect a lack of "political will" to improve relations.

North Korean leader Kim Jong Un and US President Donald Trump agreed at an impromptu meeting on June 30 to resume negotiations on disarming North Korea; however, no working-level dialogue has begun. 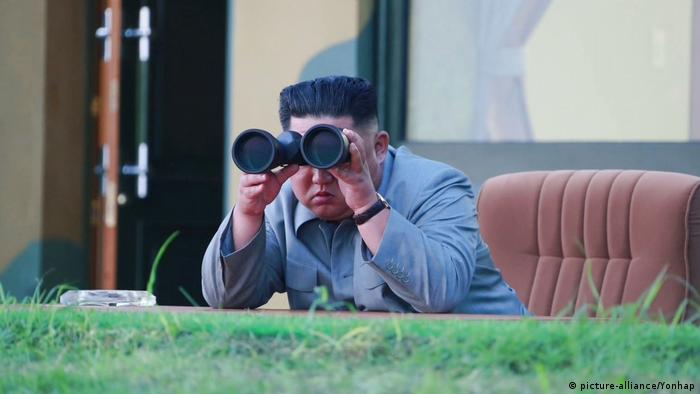 Trump has tried to play down these latest tests by emphasizing that they do not violate any particular agreement he has made with Kim.

"I have no problem," Trump told reporters at the White House after North Korea launched missiles last week. "We'll see what happens, but short-range are very standard."

On Tuesday, the US Defense Department said it would "continue to monitor the situation" in consultation with South Korea and Japan.

Japan's Defense Ministry said Tuesday that it did not consider there to be a threat imminent threat to Japanese security. During the height of tensions with the US in 2017, North Korea conducted several ballistic missile tests that flew over Japanese territory .

In a statement carried by its official KCNA news agency Tuesday, North Korea said it is committed to resuming dialogue on denuclearization with the United States, but has threatened to walk away from negotiations if the US and South Korea "continue with hostile military moves."

North Korea frequently lashes out against US-South Korea military exercises, which it considers a preparation for invasion. Pyongyang warned last week that further nuclear talks could be derailed if Seoul and Washington were to push ahead with the exercises.

"They remain unchanged in their position to continue to face us as an enemy," a North Korean government spokesman said on KCNA.

Germany, France and the United Kingdom have condemned North Korea for violating UN sanctions with its latest string of ballistic missile launches and urged Pyongyang to engage in "meaningful negotiations" with the United States on denuclearization.