North Korea facing rebuff from US and China at UN

Diplomats at the UN say China and the United States have agreed on a compromise draft Security Council resolution that would chastise North Korea for its December rocket launch and update bans on technology transfers. 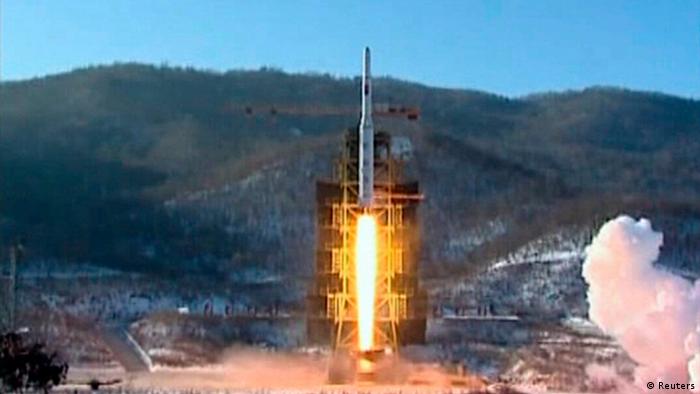 China's support for a draft resolution would represent a blow to Pyongyang because it has typically sought shelter alongside its only major Security Council ally, said the diplomats. They spoke to news agencies on the condition of anonymity.

Under the deal, Washington would forgo the idea of immediate new sanctions, while Beijing would accept the prospect of a Security Council resolution instead of a mere council statement.

Kim Jong Un's televised address to North Korea spoke of the need for radical economic improvements and appeared to adopt a more conciliatory tone to the South. However, some experts are far from convinced. (04.01.2013)

North Korea's December 12 launch of a long-range rocket was treated by the North's young new leader, Kim Jong-un, as a media coup.

North Korea said the launch was not a ballistic test but rather an observation satellite.

Russia likely to back draft

"I expect we will support it," Churkin told Novosti late on Monday. "I don't expect that the UN Security Council members will have any serious problems [with the draft]."

The United States and China want a resolution passed before South Korea takes over the presidency of the Security Council in February, envoys said.

"The resolution condemns the launch and reiterates the Security Council's previous demands that North Korea abandon its nuclear weapons program and not proceed with further launches," one diplomatic source said,

The source added that the draft would update lists of nuclear and ballistic missile technology banned for transfer to and from North Korea.

The UN already has already frozen the assets of North Korean banks, trading companies and five officials in reaction to past nuclear tests staged by North Korea in 2006 and 2009.

North Korea is also barred from importing nuclear and ballistic-missile technology as well as luxury goods such as Mercedes cars and champagne. Sanctions experts say the ban on luxury trade is widely flouted.