North Korea does not want to be like East Germany | Americas| North and South American news impacting on Europe | DW | 16.05.2018 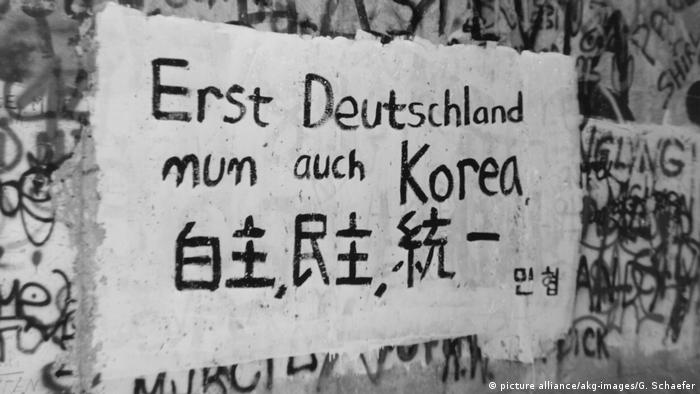 Washington and Pyongyang's bluffs, posturing and brinkmanship in the run-up to the highly anticipated summit between President Trump and North Korean leader Kim Jong Un should be expected. Similarly, North Korea's history of sudden diplomatic maneuvers — such as when it canceled a secretly planned meeting between US Vice President Mike Pence and Pyongyang officials during this year's Winter Olympics at the last minute — is also well established.

So Washington need not panic about whether the summit, which aims to end the standoff over North Korea's nuclear weapons program, will indeed take place. But it also should not regard Pyongyang's threat to walk away from the meeting as mere bluff.

North Korea had called off a meeting with South Korea planned for Tuesday in protest over joint US-South Korean military exercises, which Pyongyang considered an aggressive gesture.

"I expected them to object. And perhaps, if the United States does not satisfy their demands, this summit meeting can be aborted," Han Park told DW. Park is a former unofficial US-North Korean negotiator who secured the release of two detained American journalists in 2009 and facilitated the visit of former US President Jimmy Carter to Pyongyang in 1994.

"It's not a complete surprise that North Korea would respond to these exercises by demonstrating to Trump that negotiations are going to be a complex process, and the United States should not take North Korea's participation for granted," concurred Kelsey Davenport, the director for nonproliferation policy at the Arms Control Association.

She suggested that Washington, during ongoing talks, consider de-emphasizing elements of the joint exercise that North Korea views as most provocative. According to a South Korean media report, US nuclear-capable strategic bombers, which had originally been scheduled to participate, will now not take part in the exercises.

North Korea's threat to cancel the summit can also be understood as a response to President Trump, who has repeatedly described himself as a savvy negotiator. Just recently he lashed out against former top US diplomat John Kerry for refusing to drop out of talks when the Iran nuclear deal was being negotiated. Kerry's unwillingness to walk away, according to Trump, ultimately led to an agreement which the president has labeled the "worst deal" in history — one which he just recently pulled the US out of.

With its threat to scrap the leadership summit, Kim Jong Un, in a way, has now one-upped Trump by stating that he might not just walk away from a bad deal, but that he might skip a meeting that did not fulfill his conditions. Having said that, both Trump and Kim have an avid interest in making the historic summit become a reality — if only to play to their respective domestic audiences. 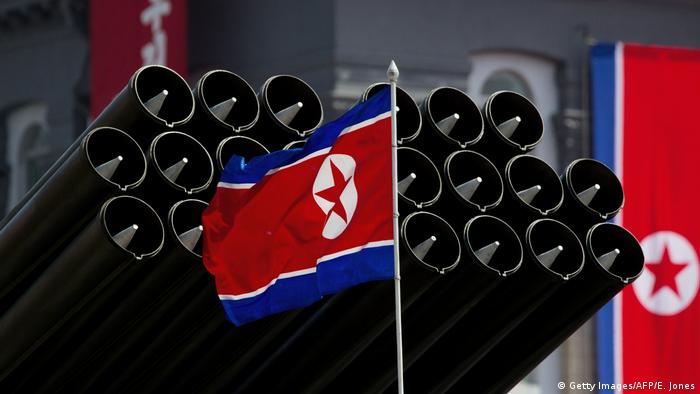 North Korea said it is ready for denuclearization

What should the Trump administration glean from Pyongyang's comments?

"We have to have a realistic assessment of North Korea in terms of their desires and plans," said Han Park, the former negotiator, who has visited North Korea more than 50 times. A coherent plan or a long-term strategy to deal with Pyongyang beyond the Trump's administration mantra of denuclearization remains absent, added Park.

If the Trump administration is serious about negotiating denuclearization, it must address Pyongyang's security concerns, said Davenport. "It views the US military presence in the region as a threat, and Washington is going to need to reduce that threat if it wants North Korea to take meaningful steps to halt and reverse its nuclear weapons program."

In preparation for the summit, the US — and especially the president himself — need to understand that there is a price to pay for steps toward North Korean nuclear disarmament, the experts said. The US also needs to be aware that such an effort will take time and cannot be achieved in one high-profile setting between Trump and Kim.

"At best it is the start of something, at worst it is one demonstrative, symbolic gesture, especially on the part of Trump," said Park.

Instead of focusing too much on this one event, said Davenport, Washington should concentrate on "denuclearization as a long-term goal that recognizes that, in the interim, steps that reduce the threat posed by North Korea's nuclear weapons, and that reduce North Korea's capacity to expand its arsenal, can still be meaningful and benefit US national security.

Why was John Bolton singled out by North Korea?

In a statement, former North Korean nuclear negotiator Kim Kye Gwan attacked President Trump's new National Security Advisor John Bolton, stating that: "We do not hide our feeling of repugnance toward him." Kim took issue with Bolton — a hardliner who has a history of advocating for US preventative military action in countries like Iran, Iraq and North Korea — recently suggesting Libya's nuclear disarmament as a model for North Korea.

That comparison, understandably, did not go down well in Pyongyang, because less than 10 years after Libya ended its nuclear activities, the country's leader was toppled and killed after an outside military intervention that included the US. 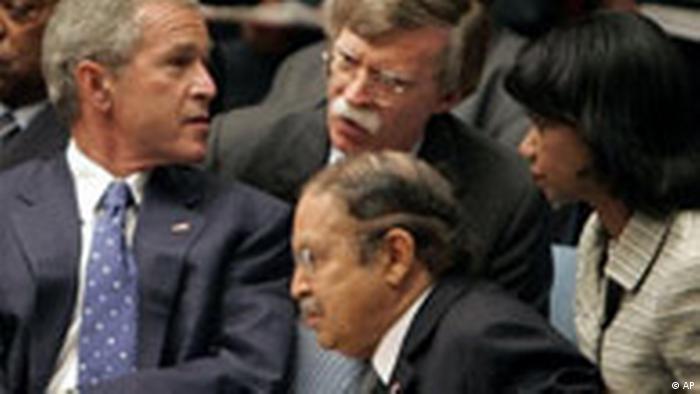 What Kim's missive did not mention explicitly — but what is probably an even better explanation for North Korea's hostility towards Bolton — is his past role in nixing a nuclear deal that a previous US administration had reached with Pyongyang — just as he did recently with the Iran deal.

"North Korea has legitimate reason to distrust John Bolton," said Davenport. "John Bolton was instrumental in killing the negotiated agreement between the United States and North Korea when Bush succeeded Clinton as president."

Like the later Iran nuclear accord, the so-called Agreed Framework, signed in 1994 by Bill Clinton, was extremely controversial and never ratified by Congress. President George W. Bush's description of North Korea as being part of the so-called "axis of evil" marked the de-facto end of the agreement.

Former US-North Korea negotiator Park, who knows Bolton personally, thinks Trump's national security advisor holds an anachronistic view of global affairs. "He is basically a militarist. He thinks things will be taken care of through military means. But that time is gone. We cannot use military means against North Korea."

But Park also offered some advice for Secretary of State Mike Pompeo, who recently said that if Pyongyang took "bold action to quickly denuclearize, the United States is prepared to work with North Korea to achieve prosperity on the par with our South Korean friends."

North Korea says it will "reconsider" next month's meeting with US President Trump if talks on denuclearization look like they'll be "one-sided." The comments follow the start of a joint US-South Korea military exercise. (16.05.2018)