Delivery of a letter to Washington from the North Korean leader suggests the proposed summit may be held. Trump has downplayed the likelihood of a quick deal as North and South Korea meet again. 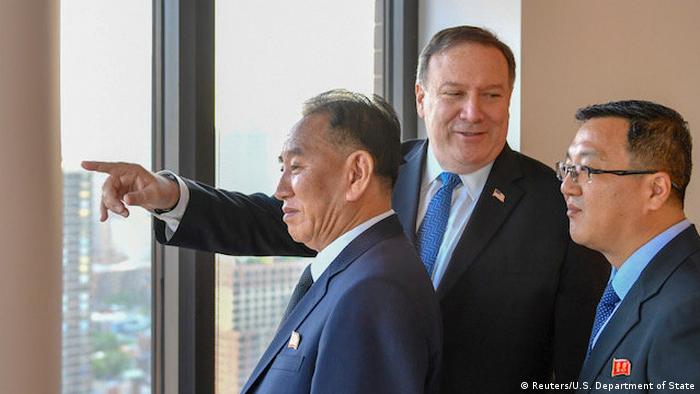 The letter for the US President from North Korea's Kim Jong Un is due to be delivered on Friday by high-ranking official Kim Yong Chol who met with US Secretary of State Mike Pompeo in New York.

Last week, when he called off the summit scheduled to be held in Singapore on June 12, Trump had urged Kim to "call me or write" if he had a change of heart.

Trump has said he wants North Korea to give up its nuclear weapons before sanctions are lifted. However, Pyongyang wants security guarantees and sees the nuclear program as key to its survival. 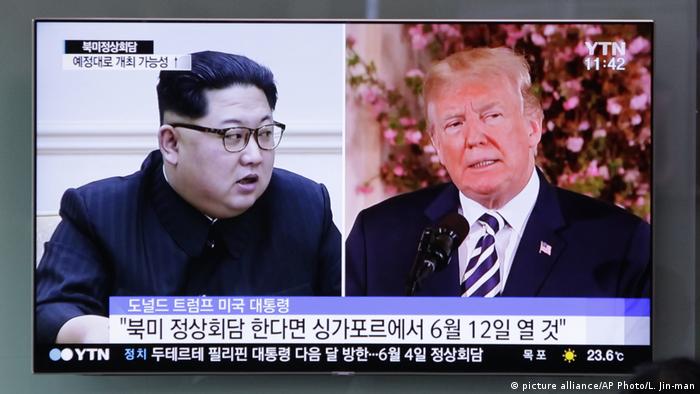 After meeting Kim Yong Chol, Pompeo had said the path to better relations between the US and North Korea could take some time.

"This is going to be a process that will take days and weeks to work our way through," Pompeo said.

Trump echoed Pompeo's comments on Thursday when he said while on board Air Force One: "I'd like to see it done in one meeting, but often times that's not the way deals work. There's a very good chance that it won't be done in one meeting or two meetings or three meetings. But it'll get done at some point."

In North Korea, Kim said he hoped to find a "solution to meet the interests of each other through a new method in a new era and under a new situation and the solution of the issues will progress through effective and constructive dialogue and negotiation," according to the official Korean Central News Agency. 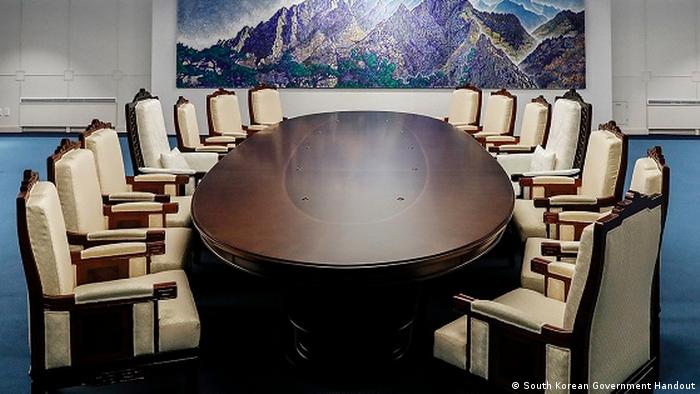 Senior-level peace talks resumed at the border village between North and South Korea on Friday.

Ahead of the talks, the South Korean side said it planned to use the meeting to reduce tensions across the heavily-armed border and talks to engage with the Red Cross to resume family reunions for people separated by the 1950-53 Korean War.

Unification Minister Cho Myoung-gyon for South Korea said: "We will hold discussions with the North so that we can implement the agreements between the two leaders with pace, and without hitches and also create a positive atmosphere for the leaders' summit between North Korea and the United States."

Other issues to discuss could include setting up a liaison office, a joint event to celebrate peace in June and a combined team to take part in sports at the Asian Games in August.

Both leaders say it is "imperative" to completely dismantle North Korea's nuclear weapons and missile programs. Meanwhile, Pyongyang's former spy chief was reported to be traveling to Washington for talks. (29.05.2018)

North Korea's "rocket man" and America's "dotard" first threatened to fire nuclear weapons at each other. Then they wanted to talk peace, before Trump canceled. DW charts the major events in the Trump-Kim saga. (09.03.2018)