As the communist state cancels a visit by UN Secretary-General Ban Ki-moon, its National Defense Commission has announced new nuclear warhead capabilities. But experts warn the claim might merely be propaganda. 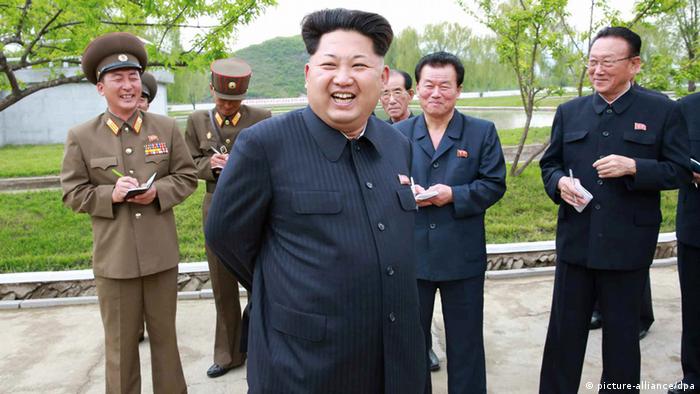 North Korea said on Wednesday that it was able to produce an atomic warhead small enough to fit on a ballistic missile. This followed soon after the North claimed that it had successfully test-launched a ballistic missile from a submarine, but US officials analyzing images of the event have questioned whether the images were manipulated for propaganda purposes.

North Korea's KCNA state media quoted a spokesman for the National Defense Commission (NDC) as saying that the country could now defend itself with atomic weapons.

"It has been a long time since we began miniaturizing and diversifying our means of nuclear strike," the NDC said in an official statement. "We have also reached the stage where the highest accuracy rate is guaranteed, not only for short- and medium-range missiles but long-range missiles as well."

North Korea has carried out three atomic bomb tests to date. However, the United States and South Korea remained unsure about the secretive nation's capabilities to reach foreign shores. Creating a warhead that can be mounted on a missile is one of the major challenges in constructing a functional long-range nuclear deterrent.

Cho Han-Bum, an analyst at the Korea Institute for National Unification, said Pyongyang was "too cash-strapped" to perfect the intricate technology behind miniaturizing a warhead.

"I find the claim hard to believe," he said. "So the latest NDC announcement appears to be aimed at assuaging hawks within the military and securing bargaining chips for negotiations with the other countries like the US by stoking their biggest fear, about the North's nuclear and long-range missiles."

The controversy comes in addition to North Korea's cancellation of a visit by UN secretary-general Ban Ki-moon after he accused the country of fuelling regional tensions. Had the visit gone ahead, Ban - a former South Korean foreign minister - would have become the first UN Secretary-General to set foot in the communist state for more than 20 years, since Boutros Boutros-Ghali in 1993.

Despite international sanctions, North Korea is on the verge of rapidly increasing its nuclear arsenal over the next five years, adding to regional concerns, as Joel Wit, founder of US think tank 38 North, tells DW. (10.04.2015)