The UN's Human Rights Committee has approved a resolution calling for North Korea to be brought before the International Criminal Court on charges of human rights violations. 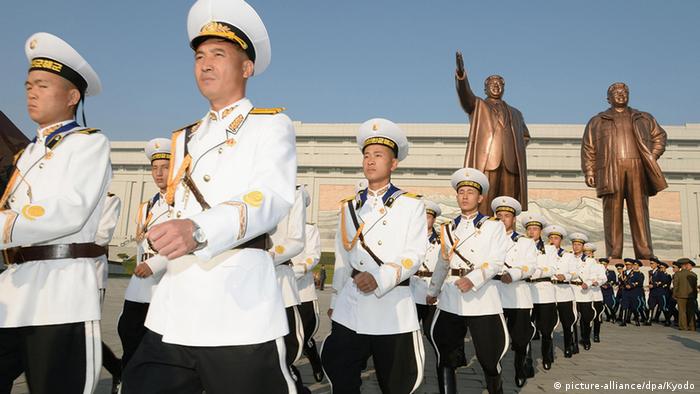 Will North Korea be held legally responsible for human rights abuses and crimes against humanity by International Criminal Court (ICC) in The Hague? This Tuesday November 18, the UN General Assembly's Human Rights Committee approved a resolution jointly submitted by the European Union and Japan. 111 countries voted in favour, 55 abstained and just 19 voted against. However it is still up to the UN Security Council to bring a case against the leadership of the internationally isolated country.

For its part, Pyongyang denies all accusations, saying they are all part of a United States-led conspiracy. In an effort to prevent the Security Council from examining its human rights situation, the regime went on a diplomatic offensive, attempting to show it was open to communicating and working with the UN – although only under certain conditions. Cuba even suggested any references to the ICC be deleted from the resolution text.

Pyongyang has also turned to Russia for support, with one of Kim Jong Un's most senior confidants travelling to Moscow earlier this week. Agency reports say talks are planned with Russian President Vladimir Putin and Foreign Minister Sergey Lavrov.

The reason for the sudden push by the international community against North Korea's leadership was a report from a special UN Commission. Published earlier this year, it described in detail how the prison camp system was hidden away from the rest of the world, allowing them to systematically torture, rape and execute people. 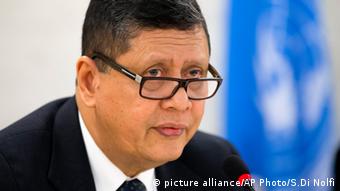 It's believed up to 120,000 people could be currently held in North Korean prison camps

But although the UN's Human Rights Committee has decided in favor of referring the case to the ICC, doesn't mean it will be taken up by The Hague, as only the UN Security Council has the jurisdiction to do so. Add to that, sitting on the Security Council as permanent members are Russia and North Korea's most important ally China, both of whom vetoed the resolution.

The vote at the Human Rights Committee comes just weeks after the UN's special investigator on North Korea, Marzuki Darusman, appeared at the United Nations, calling for the North Korean regime to be held legally responsible for human rights violations. The threat of such an investigation has already put pressure on Pyongyang, with a meeting being held in New York between Darusman and a four-member delegation from North Korea, the first such meeting since the position of UN special investigator into North Korea was launched ten years ago. Darusman told DW that previous requests to talk with North Korean representatives on the issue had been rejected.

Is Pyongyang re-engaging with international community?

Pyongyang has shown signs of willingness to discuss its human rights issues. Marzuki Darusman, the UN special rapporteur on North Korea, tells DW it might be the result of the pressure created by a UN inquiry report. (30.10.2014)

North Korea has defended its own human rights record in a rare meeting at the UN. An official publicly acknowledged the existence of labor camps in the country. (08.10.2014)

He regards the recent developments with cautious optimism. "They show the gradually increasing willingness of North Korea to hold talks with the international community", he says. The conversation itself, as described by Darusman, was an "honest discussion." The North Korean side had even provided him with the opportunity to visit the country, though only under special conditions: for instance, all efforts to prosecute North Korea before the ICC must stop. Under the circumstances, a visit to UN circles is considered unlikely.

Hundreds of pages of shocking reports

Like Marzuki Darusman, Michael Kirby has yet to visit North Korea personally. Originally from Australia, Kirby headed the three-member UN commission tasked with preparing a comprehensive report on the human rights situation in North Korea, in particular on the situation in the notorious criminal and prison camps. Over a period of several months, the team interviewed 300 eye witnesses, refugees, survivors and defectors, who had previously worked for the North Korean government. Since no UN representatives can enter North Korea and assess the situation for themselves, the report is based solely on this testimony. No one knows exactly how many people are imprisoned in the camps, although according to recent UN estimates that number could be as high as around 120,000. North Korean authorities, however, steadfastly deny the existence of any such camps.

In February 2014, the UN Commission presented its report: a several hundred page document of horror, which gives an insight into the extent of human rights violations in North Korea. "A woman told us, for example, that she was forced to hold her baby upside down in a bucket of water until the child drowned," Michael Kirby told DW at the time. He believes that there are still missing pieces of the puzzle regarding the human rights situation in the country, even after the Commission's extensive investigation. "But I think our picture is fairly complete. And certainly we have collected enough evidence to show that human rights violations and crimes against humanity have taken place in North Korea and still are."

That is why he and Marzuki Darusman are now calling for "targeted sanctions" against the regime.