A nuclear reactor in Belgium has been taken offline less than a week after starting up again. A water leak on a generator outside of the plant's nuclear area forced the shutdown. 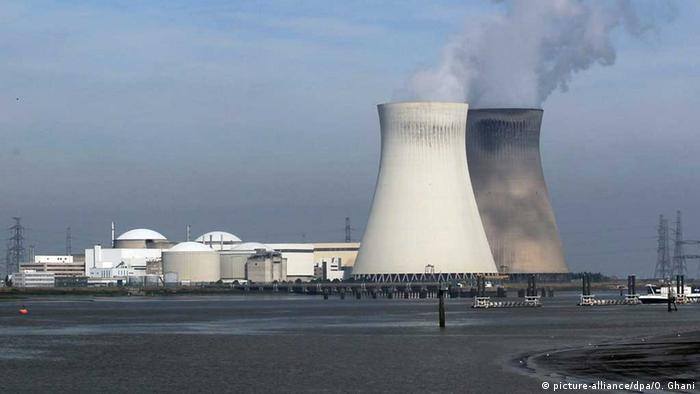 A spokesperson for the Belgian energy company, Electrabel, told news agencies that the Doel 3 reactor near Antwerp had been shut down so the water leak could be repaired. The leak poses no threat to public safety or the environment, the spokesperson said.

The reactor had only this week been brought back online after a period of inactivity lasting over 18 months due to hairline fractures discovered in the reactor. A similar problem also shut down the Tihange 2 reactor, but both reactors have been deemed safe to operate.

The potential danger of the aging reactors is a cause for concern in neighboring Germany. Protests this week occurred in the German border city of Aachen against Belgium's use of nuclear power, which comes from seven plants and makes up about half of the country's energy mix.

In a post on Facebook on Thursday, German Environment Minister Barbara Hendricks said it was not Germany's place to influence the shutdown of nuclear reactors in other countries but expressed concerns about their safety.

"We are concerned whether the necessary reactor safety at these facilities reactors has been adequately guaranteed," she wrote on Facebook.

Earlier this week, Greens federal parliamentarian Oliver Krischer said Belgium was playing "Russian roulette" by restarting and continuing to run its old reactors. The Greens are in the opposition in the German Bundestag, while Hendricks's Social Democrats party are junior coalition partners on the national level and the biggest party in the state parliament of North Rhine-Westphalia, parts of which border Belgium.