Non-Aligned Movement struggles for relevancy in post-Cold War world | News and current affairs from Germany and around the world | DW | 13.07.2009

The Non-Aligned Movement (NAM) holds its triennial summit meeting in Sharm el-Sheikh this week, bringing together leaders from 119 developing nations for a meeting of one of the world's largest single political groups. 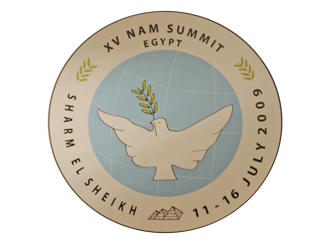 The Non-Aligned Movement has much to discuss in Egypt

The movement, founded during the height of the Soviet-US confrontation in the mid 1950s, made its name as a counterweight to the bipolarity of the Cold War, building an alliance not on the pursuit of enforcing collective measures but on the promotion of shared principles.

"The main purpose was that developing countries in the era of the Cold War did not want to get involved in the big power struggle between the Western and Communist blocs," Hans Koechler, a leading expert on the NAM at the Vienna-based International Progress Organization, a non-governmental organization affiliated with the United Nations, told Deutsche Welle.

"They wanted to follow their own path of development. In fact, the Movement emphasized the original goals of the United Nations; upholding national sovereignty, equality among all nations – principles that could not be realized with the UN organization because the leading five powers at the UN included the two leading blocs of the Cold War which had special roles and privileges at the UN," he said.

The membership criteria for joining the movement these days have barely changed since those tense and inflammatory days. Applications for membership in NAM are based on five criteria: an independent, non-aligned foreign policy; non-membership in multilateral military alliances; support for national liberation movements; and the absence of bilateral military agreements or foreign military bases.

Some observers believe that the membership criteria, which have not changed in the 20 years since the Cold War ended, points to an organization frozen in time. In a world increasingly unrecognizable from the one which spawned the movement, questions over NAM's overall relevance are therefore regularly aired.

However, Koechler is among those who believe that while NAM was born out of the principled response to, and indeed rejection of the bipolar, ideology-based rivalry of the Cold War, it has continued to thrive despite the end of the Soviet-US military confrontation and could yet enjoy a resurgent role in the international arena. 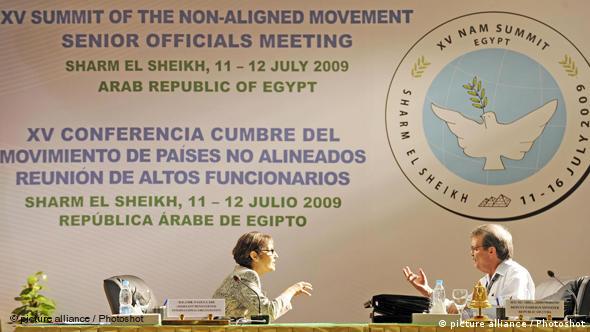 "The NAM could be highly relevant for one particular reason: during the Cold War we had essentially two power blocs – a situation which led to the paralysis of the United Nations because the Security Council could not take action due to the veto of the United States and the Soviet Union," he said. "Now we have a situation not of bipolarity but unipolarity, with the US as the one dominant global player, and in this situation smaller and medium-sized countries, particularly in the developing world, have even less possibility to take action independently so they should use a structure such as that of the NAM to coordinate their policies as not to be so dependent on the dominant global player."

NAM has more of a moral influence, adds Koechler. "It's not about specific measures. It's about the principles of national sovereignty, independence, non-interference, peaceful settlements of disputes and fairness in north-south relations and economic relations between member states."

But at a time when the NAM could cement its position as a support structure for the developing world, it faces a number of internal problems and conflicts which are in danger of rendering it impotent.

"I am not that optimistic that the NAM countries can make use of its structure because many member states are now heavily dependent on the United States, so they are not really 'non-aligned' according to their own philosophy," Koechler said. "There are also problems with differing ideologies and regional conflicts where there is no agreement between member states, particularly in the Middle East. Then there are issues with the so-called north-south conflict in the third world where Latin American countries have major differences with member states in the northern hemisphere." 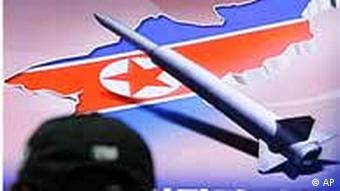 A recent example of the problems NAM faces arose from the recent missile testing and atomic tests carried out by North Korea, a NAM member. The Movement failed to reach agreement on the issue and consequently released no statements, either of support or condemnation, referring to North Korea's actions. The UN Security Council and other international bodies were very concerned about what had happened in Pyongyang. Yet NAM remained silent.

"There are no strict rules," said Koechler on whether NAM members had to defend each other's actions. "The NAM has no charter. It has no statute unlike other international organizations. It is an informal structure of cooperation without any permanent secretariat so there is no obligation in strictly legal terms to adhere to any policies or allegiances but only that member states should support each other under the principles of non-alignment."

While the North Korea incident appears to have been a missed opportunity for the NAM to make a collective stand and press its case for credibility, the Movement has taken the step of announcing that Iran will take over the chairmanship of NAM when Egypt relinquishes the title in 2012. It could be that Iran becomes the first nuclear power to chair the NAM.

"The message here is that NAM is not following the line of political correctness of the United States and the European Union," Koechler concluded. "That is, at least, the symbolic message of anointing Iran as Egypt's successor. If the member states had been afraid or would have adhered to the stances of Washington, London, Berlin and Paris, then they would have selected a country that is in the good books of the Europeans and the West in general. But they didn't do this. They have a made a point of showing their independence."

It could yet be that the Non-Aligned Movement finds its niche as an alternative voice free from external pressures at a time radically different from that in which it was created.

Some experts claim Iran is using the turmoil over its disputed presidential election to stall on a return to nuclear negotiations with the West. Others say the two sides need each other and will eventually reopen talks. (01.07.2009)

Louis Michel, the European Commissioner for Development and Aid, leads an EU delegation to Cuba on Thursday, Feb. 6, to assess the political climate after the retirement of President Fidel Castro. (06.03.2008)