Nobel Peace Prize: Who will win?

The bookies' money is on the Greek Islanders, but with a record number of nominations, the field is wide open. DW takes a look at the frontrunners for this year's prestigious award.

Predicting who will win the Nobel Peace Prize has never been an easy feat, and this year proves to be no exception.

With a record number of 376 candidates this year, the Nobel Committee is anything but short of options.

Here are just some of the frontrunners, tipped to win the prestigious accolade on Friday:

Until Sunday, Nobel Peace Prize experts had it pretty easy. With a peace deal between Colombia's government and Marxist far-left rebels in sight, it looked like this year's award was already on its way to peace deal negotiators, Colombian President Juan Manuel Santos and FARC chief Rodrigo Londono Echeverri, alias Timoleon "Timochenko" Juminez. But then came the shock rejection. 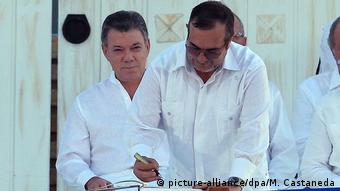 Opinion polls taken prior to Sunday's referendum predicted the the "Yes" vote would win by a two-to-one margin. In a surprising upset, however, 50.24 percent of Colombia's 13 million tallied ballots voted against the ratification of the peace deal.

While Santos now pushes forward with renegotiating the peace deal, the field for contenders has been thrown wide-open ahead of Friday's Nobel Peace Prize.

German Chancellor Angela Merkel is in the running for the Nobel Peace Prize for the second consecutive year. Despite being last year's frontrunner, at the height of the refugee crisis, she was pipped to the post by the Tunisian National Dialogue Quartet. 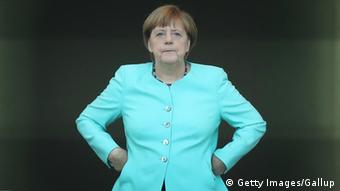 German Chancellor Angela Merkel missed out on the prize in 2015

After winning international praise for her handling of the refugee crisis, as well as Europe's debt crisis and the Ukraine conflict, Merkel was nominated for this year's award by the UK-based RISING Global peace forum.

The center described the chancellor as a "champion of peace who is committed to pursuing a more united world."

Closer to home in Germany, however, the sentiment is somewhat different. Faced with divisions within her own conservative political bloc, Merkel is also being confronted with a voter backlash over her refugee policy. As a result, the chancellor was forced earlier this year to voice her regret over the policy, saying she wished Germany had been "better prepared."

On Wednesday, however, UK bookmaker William Hill cut Merkel's odds of winning the Nobel Peace Prize from 10/1 to 7/1. Fifty percent of all bets placed on the market at the time were for the German chancellor, William Hill reported.

If Merkel were to win on Friday, she would be the third German chancellor to win the prize, following in the footsteps of Gustav Stresemann in 1926 and Willy Brandt in 1971.

Having once led normal lives as tailors, bakers, teachers and engineers, some 3,000 White Helmet volunteers are now dedicated to rescuing thousands of Syrians from the destruction left by the airstrikes. 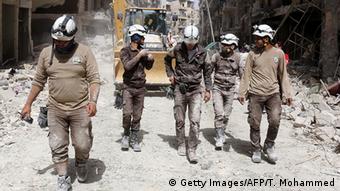 The White Helmets have rescued more than 62,000 people in Syria

Working under the motto "To save a life is to save all of humanity" - which is also a quote from the Quran - the unlikely rescue group has reportedly saved more than 62,000 lives in the Syrian conflict.

With their distinctive uniform of white helmets, the rescuers - also known as the Syria Civil Defense - received even more global attention following the release of a recent Netflix documentary.

Some 133 organizations have come out in support of the White Helmets. Among them are plenty of household names including British band Coldplay, actress Vanessa Redgrave, as well as actor and UNMAS Goodwill Ambassador Daniel Craig.

In September, the rescuers were also awarded the Right Livelihood Award - often regarded as the "alternative Nobel."

The group has not been left without its own controversies, however. The Syrian government has previously accused the rescuers - who operate largely in rebel-held areas - of being politically partisan. The White Helmets have rebuked the accusations, insisting that they remain neutral.

Critics have also raised questions over the credibility of the group after they last year seemingly recycled a photograph taken two years previously.

A day ahead of the Nobel Peace Prize, the Greek Islanders were the favorites to win, with comfortable odds of 13/8, according to William Hill. As hundreds of thousands of migrants fled their homes to make the perilous journey across the Mediterranean, people on the Aegean islands opened their doors, offering shelter to those in need. 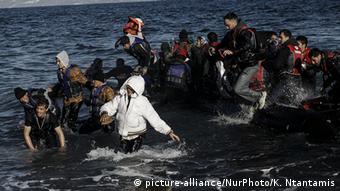 Working in cooperation with Scottish whisky-maker Johnnie Walker, Syrian filmmaker Talal Derki documented the humanity and compassion shown by the islanders in the documentary "Ode to Lesvos."

Throughout the turbulent year of policy changes across Europe, fishermen and locals on the islands continued their mission to rescue drowning refugees.

"What we saw was ordinary people, with no order from above, respecting tradition and acting out of sheer hospitality and solidarity," Greek Deputy Foreign Minister for European Affairs, Nikos Xydakis, told UK paper "The Guardian."

"What they did shows the best of humanity in the simplest way," he added.

Tipped by Kristian Berg Harpviken, director of the Oslo Peace Research Institute, as this year's frontrunner, Russian human rights activists Svetlana Gannushkina has fought a decade-long battle to protect the rights of migrants and refugees in Russia. Gannushkina was previously a serious contender for the 2010 Nobel Peace Prize, which was won by Chinese human rights activist Liu Xiaobo. 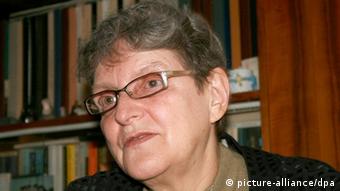 "Since the decline of open democracy in Russia started, particularly with the re-entry of President Putin into the presidency, there has been no Nobel Peace Prize casting a light on developments in Russia," Harpviken said.

Gannushkina's organization, the "Civic Assistance Committee" has reportedly helped more than 50,000 people since 1990, whether through legal advice, or aid and education.

For the outside bet

Less likely contenders this year include US Republican Presidential candidate Donald Trump. Bookmaker Paddy Power put the business tycoon's odds at 150/1 on Thursday. Trump's name was put forward by an unidentified US nominator for his "vigorous peace through strength ideology."

In the run-up to next month's US election, Trump has become infamous for his inflammatory and divisive comments, including his pledge to build a "big beautiful wall" between the US and Mexico.

According to Paddy Power, US reality TV star Kim Kardashian and musician Taylor Swift also had odds of 500/1 on Thursday.

The winner of the 2016 Nobel Peace Prize will be announced on Friday in the Norwegian capital, Oslo.

Athens has sought out bids for a ship that could house at least 1,000 migrants after a fire tore through a refugee camp. Police have arrested nine people in connection with the devastating blaze. (20.09.2016)