Nobel Laureate: Young scientists worry too much about networking and ′I hate it′ | Science| In-depth reporting on science and technology | DW | 30.06.2015

Nobel Laureate: Young scientists worry too much about networking and 'I hate it'

Many young scientists lack "rebel instinct," says Nobel Laureate Stefan Hell. They're too concerned with their careers, and it may be bad for future science. Hell is one of 65 Laureates attending the Lindau Meetings. 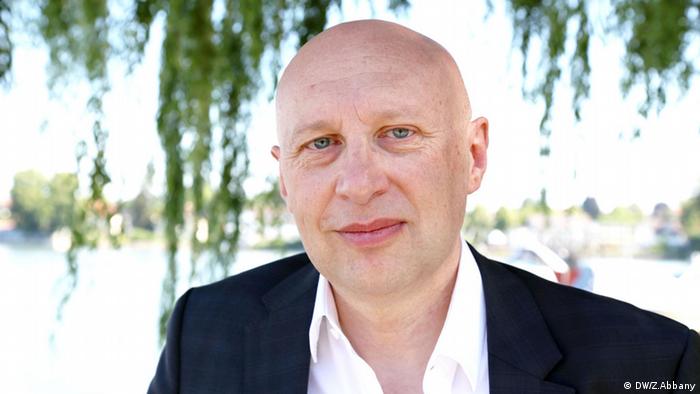 DW: When you started out, what motivated you? I suppose it wasn't the prospect of winning a Nobel Prize?

Professor Dr. Stefan Hell: It definitely wasn't. I never thought about winning a Nobel Prize - definitely not at that time.

I was curious. I wanted to know whether there was a way to get beyond the diffraction barrier in a light microscope, whether it was possible to make a light microscope that revealed objects in much greater detail than people thought for many, many years. [In 1873, German physicist Ernst Abbe had found that the resolution of optical imaging instruments, such as microscopes, was fundamentally limited by the diffraction of light. Editor's note.]

How do you feel the young scientists here at Lindau see that? They seem largely motivated by job prospects, their CVs, citations…

Can those personal considerations have a negative impact on the research itself?

You can call them negative or positive - it depends on the situation. In my case, I did my PhD in an industrial environment in a startup company, and I was very unhappy about it. At some point, I realized it was not what I wanted. It was my fault that I'd got in there - I wanted the security, a job. But it was good for me in retrospect, because I realized it was not what I wanted to do. And through this I got my idea. If I hadn't done that, I wouldn't have stumbled into microscopy, I may have done something else - and maybe never ended up doing anything important. So it shows that this conflict of having to live a life and making decisions that have an impact on your social life… in science, it is totally correlated, they are entangled. And very often scientific developments start from a personal situation.

'Honestly, I hate this networking thing'

But it's that attitude to chance and serendipity that is very important in science, and I wonder whether it is missing among the young scientists now, this willingness to just take a chance…

Yes. My impression is many young scientists are too serious about their careers - it's as if they wake up one morning and say, "I want to become a scientist. But I don't know why." Perhaps it's because their parents asked them to do so, or because they think scientists are great and Nobel Laureates are treated nicely here… which we are! But that's not a good motivation. You have to be open to all the perspectives in life, and science is [just] one of them. And don't be tense about it. So I'm worried that some people here are too concerned about career strategies.

When I went to university in Germany, there was no such thing as career planning, but it's now sometimes taught as a subject - how to perform well, how to behave properly, and to connect and to network. Honestly, I hate it - I hate this networking thing. And if I'm allowed to be very honest, I kind of look down on people who approach me just for the purpose of networking. I mean, I really look down on them… And I'm not sure whether it works for them.

You must get that a lot now, since getting the Nobel Prize…

Absolutely, and I must say, I'm very sensitive to it. Of course, I like talking to people, don't get me wrong, but some do it on purpose, or they think I might be able to push their career… It's understandable, but these are not the kind of people that I personally would like to see in science. I would like to see people who are passionate about solving an interesting problem, because if they're passionate, they'll do their best, and they'll know better how to solve it. 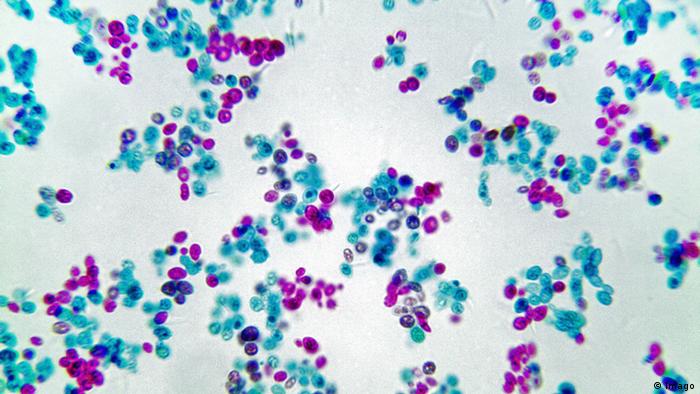 What I'm picking up is a sense of the rebel instinct, which I think used to be normal in German education - the idea of just learning to learn…

I absolutely subscribe to that, and I really miss it. I'm not a university professor, but people come to me about doing a PhD in the Max Planck system, and I notice they are now trained for getting credit points and this sort of thing.

When I studied physics, we were more or less left to our own devices, which had some bad sides, no doubt… but there were some extremely good people, because they were independent, they had their own minds and they knew exactly what they wanted to do. They were people who could make a difference in the end.

And that attitude, the rebel instinct, led to your over-turning a long-held, accepted wisdom. So do we have to worry now that the young scientists won't be able to break through barriers as more and more problems arise?

I've thought about that and I believe there is some truth in what you're saying. The rebellious ones, those who don't fit into this credit points scheme, they may miss out more easily, or they may drop out at some point, so that's a potential problem. But I still trust in people, because there are enough people who are rebellious and who want to make a difference, and they will come up in any system. Even in today's system, there are people who will challenge accepted wisdom.

This is precisely what I've been hearing from other Nobel Laureates here, such as Françoise Barré-Sinoussi and Martin Chalfie - someone the Germans would call a "Quereinsteiger." [A person who thinks outside the box. Editor's note.] 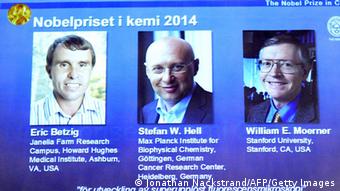 The 2014 Prize in Chemistry went to the German Hell, as well as Eric Betzig and William Moerner from the US

Absolutely. Because to understand the problem more deeply you have to take a step back. Knowledge can be binding. The brain works by associating things, and so a certain problem may be connected with a particular solution, but that may not be the end of it. So it's important to take a step back. Knowledge can be a barrier to producing new knowledge, because it puts you on the same track that everyone else was on before. It's important to have "Quereinsteiger," who have a totally fresh view on a problem - they will make a difference in most cases.

So speaking of barriers, are there any barriers for you now? Some Nobel Laureates talk of being stamped with this amazing thing, but then they're left wondering, "But what about all the other things I've done." What's on your horizon?

Well, I only got mine a few months back, so I haven't had time to think about it very deeply, but I have started to think about it… and, well, what's changed for me, is that many politicians have become interested in what I've been doing, and they've asked for advice or wanted to hear my personal experience. And it's something I appreciate, because I think I have had a relatively unusual career - by German standards - so I like to tell them what I've seen. But as far as science is concerned, I'm definitely thinking about new challenges.

If I knew, I wouldn't tell you!

Well, I may get a good idea… a couple of years back I was very focused on the resolution problem, and I still am. But, of course, especially on a day like this when the weather's so good, I wonder, "What's next?" I'll take a step back and think about a new problem, whatever it is, and maybe if we talk in a few years I can tell you whether I've had a good idea or not!

Professor Dr. Stefan W. Hell was awarded the Nobel Prize for Chemistry in 2014, along with Eric Betzig and William E. Moerner "for the development of super-resolved fluorescence microscopy." He is the director of the Max Planck Institute for Biophysical Chemistry.

It’s a think tank for tomorrow’s Nobel Laureates: the 65th Lindau meeting. And this year is special. It brings together 650 young scientists and 65 Nobel Laureates from across the sciences. DW's Zulfikar Abbany is there. (29.06.2015)

The 65th Lindau Nobel Meeting has opened with a call for debate and ethics in science from the German president. Young scientists are here to exchange ideas with Nobel Laureates. Zulfikar Abbany reports from Lindau. (28.06.2015)

The 64th Lindau Nobel Laureate Meeting has begun, with many young scientists taking part. A speech by Research and Education Minister Johanna Wanka and greetings from space were the highlights of the opening ceremony. (30.06.2014)