German police have launched an operation following a tip-off indicating that Salah Abdeslam, a key suspect in the Paris attacks, was in north-western Germany. However, the manhunt has led to no results so far. 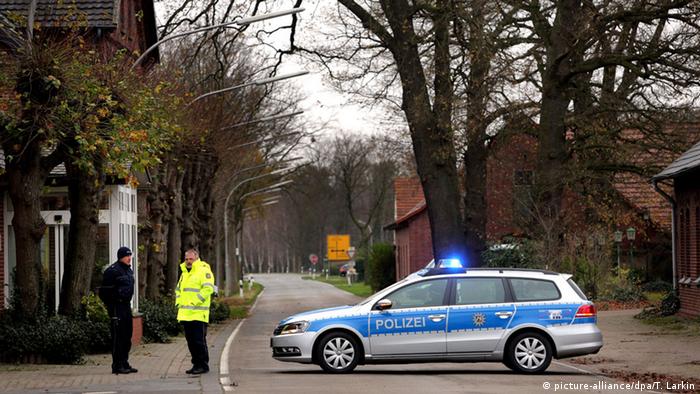 Salah Abdeslam, the man at the centre of an international manhunt in connection with the November 13 Paris attacks, was allegedly seen in the vicinity of the town of Minden in the federal state of North Rhine-Westphalia. Abdeslam, 26, could be the ringleader behind the attacks; his brother Brahim was one of the suicide bombers in Paris.

Police had received a lead saying that Salah Abdeslam might be at an address known to them in the area of Minden/Lübbecke, 75 kilometers (45 miles) west of Hanover, where a bomb threat on November 17 had led security forces to cancel a friendly soccer match between Germany and the Netherlands.

The police said they were following up a lead from a witness who had informed them that they saw someone resembling the suspect. 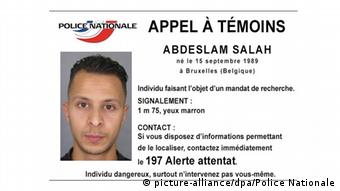 Police have been on the hunt for Salah Abdeslam since the November 13 attacks in Paris, which killed 130 people

"Somebody told us that he was there," a police spokesman said.

"After initial intensive investigations, there has so far been no indication to confirm the suspicion," the police said in a statement, also denying reports that there had been an arrest and stressing that the deployment was still ongoing.

Much of Europe has faced heightened security measures since the Paris attacks. German police have since conducted several raids in search for suspects, including a major operation near the German-Belgian border town of Aachen.