Yemen's president has told Saudi-owned al-Arabiya television that UN-brokered talks will not seek reconciliation with rebel Houthi fighters. UN chief Ban Ki-moon had urged both sides to negotiate "without preconditions." 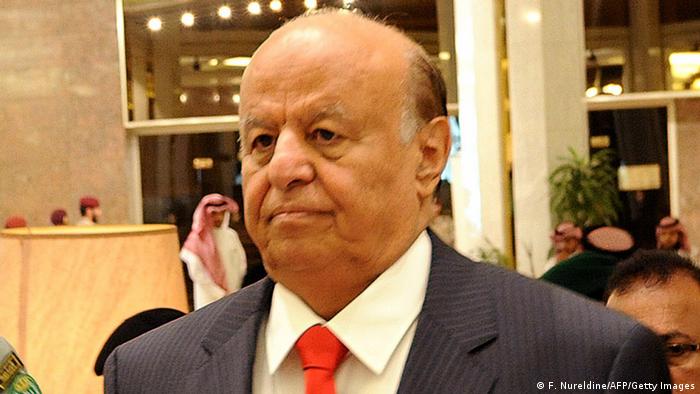 "These are not talks, it is only a discussion to implement UN Security Council resolution 2216, how to implement it on the ground," exiled President Abed Rabbo Mansour Hadi told al-Arabiya television in an interview aired on Monday.

UN Security Council resolution 2216 stipulates that Houthis "withdraw from all areas seized during the latest conflict, relinquish arms seized from military and security institutions, cease all actions falling exclusively within the authority of the legitimate Government of Yemen and fully implement previous Council resolutions," according to a statement by the UN.

Yemen's internationally recognized government led by Hadi has demanded that the Houthis vacate cities and disarm after the rebels took control of much of the country, including the capital Sanaa, in 2014.

"There will be no negotiations," Hadi said, adding that a political solution to the conflict was not on the table.

UN Secretary-General Ban Ki-moon called on "all Yemeni parties to engage in these consultations in good faith and without preconditions in the interest of all Yemeni people," his spokesman said earlier last week.

Although both parties accepted the invitation, only the Houthi rebels said they supported the talks without preconditions.

"We accepted the invitation of the United Nations to go to the negotiating table in Geneva without preconditions," Daifallah al-Shami, a senior Houthi official said on Friday.

The UN chief added that the talks aimed to implement a ceasefire between the warring parties in order to deliver crucial humanitarian aid.

A fragile five-day ceasefire was implemented in May to allow humanitarian aid organizations to deliver foodstuffs and urgent supplies. However, fighting resumed immediately after it expired.

The Saudi-led coalition commenced airstrikes against Houthi targets in March, shortly after Hadi fled the country. The coalition's military campaign has left more than 1,000 civilians dead and a million people displaced, according to UN figures.