No minimum wage for some migrants?

The German government is considering excluding migrants from their right to minimum wage should they need further traineeships to get their associate degrees recognized, media reports have said. 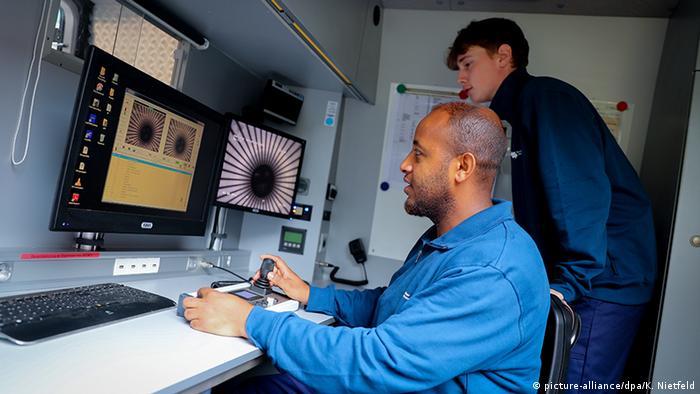 According to a report in Monday's edition of the German daily "Süddeutsche Zeitung," refugees and migrants who need additional training to get their associate degrees recognized in Germany may not be entitled to get paid the country's minimum wage.

The newspaper referred to a document drawn up jointly by the Labor, Finance and Education Ministries.

It said the time needed for migrants to obtain required qualifications should be treated as a compulsory traineeship, which in turn would entitle them to receive corresponding trainee allowances, but no minimum wage.

The introduction of a minimum wage of 8.50 euros across all sectors in 2015 triggered fierce political debates, which are still lingering on.

Germany's Social Democrats and trade unions hailed the new legislation as a victory for more social justice, and as a crucial move to curb poverty.

By contrast, employers' associations and some economic think tanks in Germany predicted the introduction of a minimum wage would cost tens of thousands of jobs and make it harder for long-term unemployed people to re-enter the domestic job market.

Last December, a labor expert from the Cologne Institute for Economic Research (IW), Christoph Schröder, said the minimum wage law had not been good for the economy, citing "negative employment effects" and claiming, based on an economic model, that without a minimum wage in place, 60,000 additional jobs could have been created in the past few years.

However, the Institute for Employment Research (IAB), a research unit of the German Federal Employment Agency, found that the fears of negative effects on job numbers propagated by employers' associations ahead of the introduction of the minimum wage in January 2015 had not materialized.

In August 2016, IAB published a report saying that in 2015, despite the new minimum wage, a net total of 426,000 new jobs had been created, and 103,000 people who had previously been employed only as transient low-paid workers on zero-hours contracts had converted to regular salaried contracts - a substantive increase in job security.

One study has found that entrepreneurs with foreign backgrounds in Germany have created around 1.3 million jobs in Germany. The study said the cliché of migrants owning Dönner shops and kiosks does not reflect reality. (11.08.2016)