No injuries after 2 planes collide midair over Denver

In an amazing stroke of skill, luck or both, everyone involved in a midair collision near Denver was able to walk away from the accident. The incident left one plane nearly ripped in half. 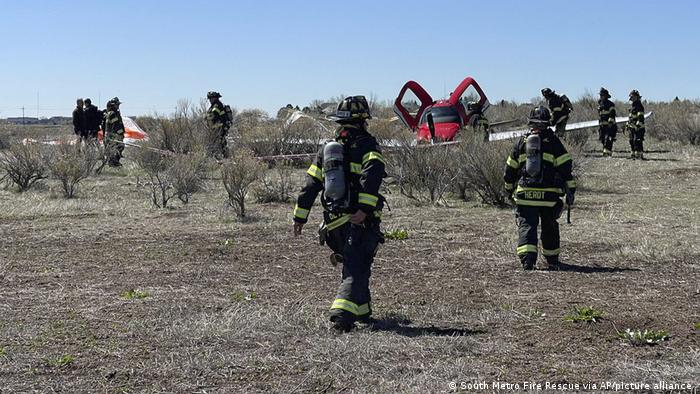 While one plane landed at the airport, the other unleashed a parachute for a safe landing.

Two small airplanes collided midair over Cherry Creek State Park, southeast of Denver in the US state of Colorado, on Wednesday. Both planes were set to land at a regional airport when they collided.

The collision left one plane nearly ripped in half, while the other plane deployed a parachute to land safely.

No fatalities or injuries

No one was injured in the crash. Witnesses who saw the collision said that they were shocked that no one was killed or hurt.

"I don't remember anything like this — especially everybody walking away. I mean that's the amazing part of this," said John Bartmann the deputy sheriff of Arapahoe County.

A pilot was the only person on board the Fairchild Metroliner, a twin-engine plane, while the other plane had a pilot and a passenger. People on the latter plane unleashed a parachute to float down for a safe landing.

Fairchild landed at Centennial Airport in Colorado despite suffering major damage to the tail section of the plane.

The National Transport Safety Board said it was sending staff to the site to investigate the crash.

Fact check: How safe is flying during the COVID pandemic?

As many consider summer air travel, DW Fact Check spoke to experts about how to best minimize the risk of exposure during the coronavirus pandemic.